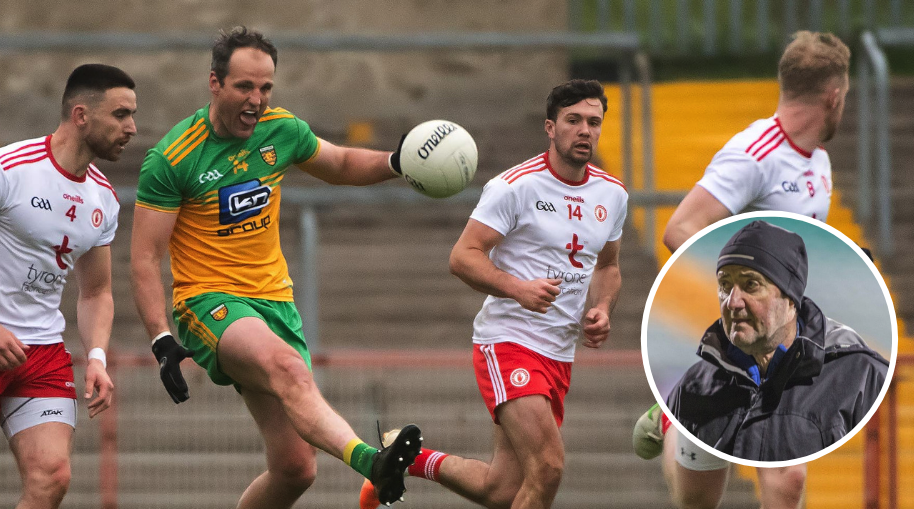 written by Chris McNulty May 16, 2021
FacebookTweetLinkedInPrint

MICHAEL Murphy added a real touch of class off the pitch after his latest inspired display for Donegal last night.

Murphy led the way as Donegal overcame Tyrone before dedicating his Man of the Match award to the recently-deceased Michael ‘Jack’ O’Donnell.

The popular photographer from Glenties was an ever-present at Donegal games and had the trust and love of generations of county managers and players. So much so that he was often invited into the inner sanctum; a privilege not afford to any, never mind many others of the fourth estate.

Earlier this month, Michael ‘Jack’ lost his battle with illness and the volume of tributes that flowed in the days after his passing marked the esteem in which he he was held.

At Healy Park, his absence from the sideline was keenly felt as Donegal returned to action with an impress 0-18 to 0-16 win over Tyrone in Omagh.

Murphy inspired with six points in a masterful performance.

The Donegal captain was named as the TG4 Man of the Match. Afterwards, he presented the award to Brendan O’Donnell, Michael brother who was working as a TG4 cameraman at the game, telling him ‘that one was for Michael’.