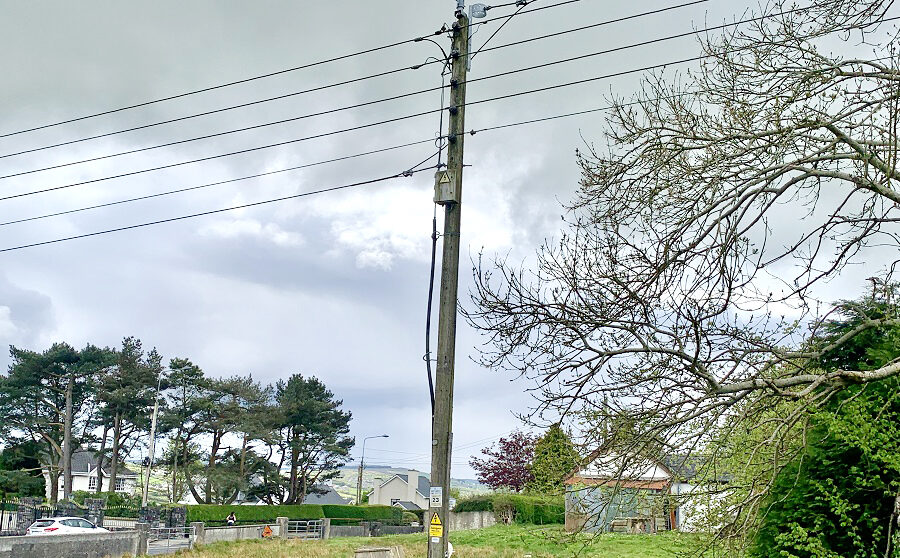 The move was suggested by Councillor Jimmy Kavanagh, who said there are many practical reasons alongside the visual benefits.

“A lot of good lot of work has been done around Letterkenny. This is not just about the visual impact, and the contribution that it makes to Tidy Towns, it’s also safer, it’s lower maintenance, and less likelihood of damage during back weather,” Cllr Kavanagh told the Letterkenny-Milford MD this week.

Cllr Kavanagh added that the project could be carried out gradually while other works are going on in the town.

“It’s something I would like to see that the council has the intention of doing it,” he said, suggesting that a timeframe could be determined to bring the project to fruition.

The motion was backed by Cllr Ciaran Brogan, who added that it would be useful for the council to have a presentation from the ESB on their future proposals for Letterkenny.

“We are the North West City region, and I think it’s no harm for the ESB to come before the council and give us an update on what their plans are for the town,” Cllr Brogan said.

Meanwhile, the Letterkenny Roads Section are currently collaborating with the Urban Regeneration team on a number of schemes in the town which will include environmental improvement type works. The council said undergrounding of wires will be included where possible.