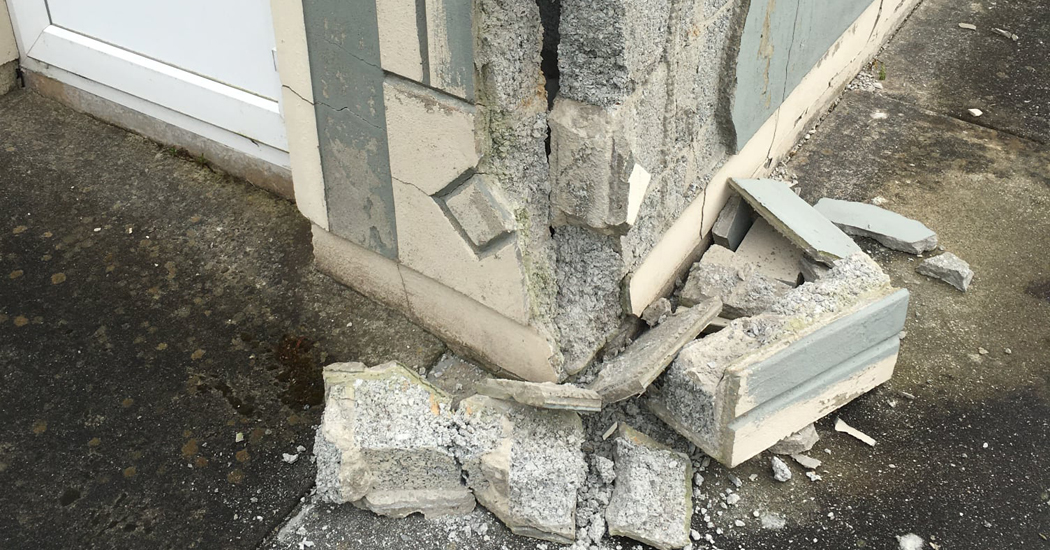 Mica homeowners: ‘We have no choice but to take to the streets’

written by Rachel McLaughlin May 17, 2021
FacebookTweetLinkedInPrint

Families affected by the defective blocks crisis in Donegal say they do not want to have to protest for full redress, but face little other choice.

Two peaceful protests are planned for Letterkenny and Buncrana this Saturday 22nd May at 2pm. Families affected by the Pyrite issue in Mayo are taking to the streets in Ballina on the same day.

The Mica Action Group, which has more than 1,750 registered homeowners, is calling on the government to grant affected homeowners the same treatment as Pyrite families had in the east of the country to enable them to fix their homes.

Patrick Diver, an affected homeowner from Carndonagh said: “Families affected by defective blocks used in the construction of their homes are at the end of their tethers.  Our homes are crumbling around us and we are trying to gather up all the necessary paperwork and money to enable us to apply for the scheme.”

Mr Diver said families in Donegal do not want to have to take to the streets during the pandemic.

“We are also conscious of the negative press our county has received in the last few weeks due to the high number of Covid cases and we don’t want to add to any increase in Covid cases – that in fact is the last thing we want.

“However, it must be remembered that over the last 14 months when everyone in Ireland was asked by the Irish Government to ‘stay home’ and to ‘stay safe’, so many families across Donegal who are affected by defective blocks did not feel safe in their homes. Indeed, our homes are falling down around us. We can no longer be expected to stay quiet.” 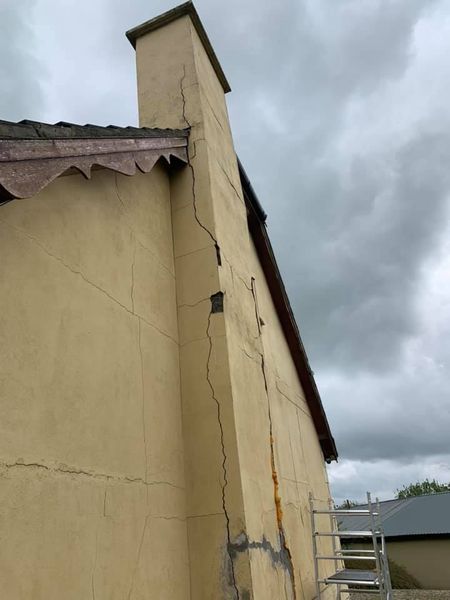 A home in Donegal built with defective blocks

“In January 2020, there was a huge sense of relief to get the mica redress/defective blocks scheme over the line. This scheme is supposed to cover 90% of the cost of works to people’s homes.  However, as time has gone on and as we learn more about the scheme there are a number of huge issues that are stopping many families from applying for it.

“This massive cost upfront means that a huge number of families cannot even get on the first rung of the ladder.  Families may also not be able to borrow as they may have been out of work due to Covid and banks will not lend to them. Families are being left in an awful situation and have nowhere to turn. This leaves them with no option to even apply to get their homes fixed.” 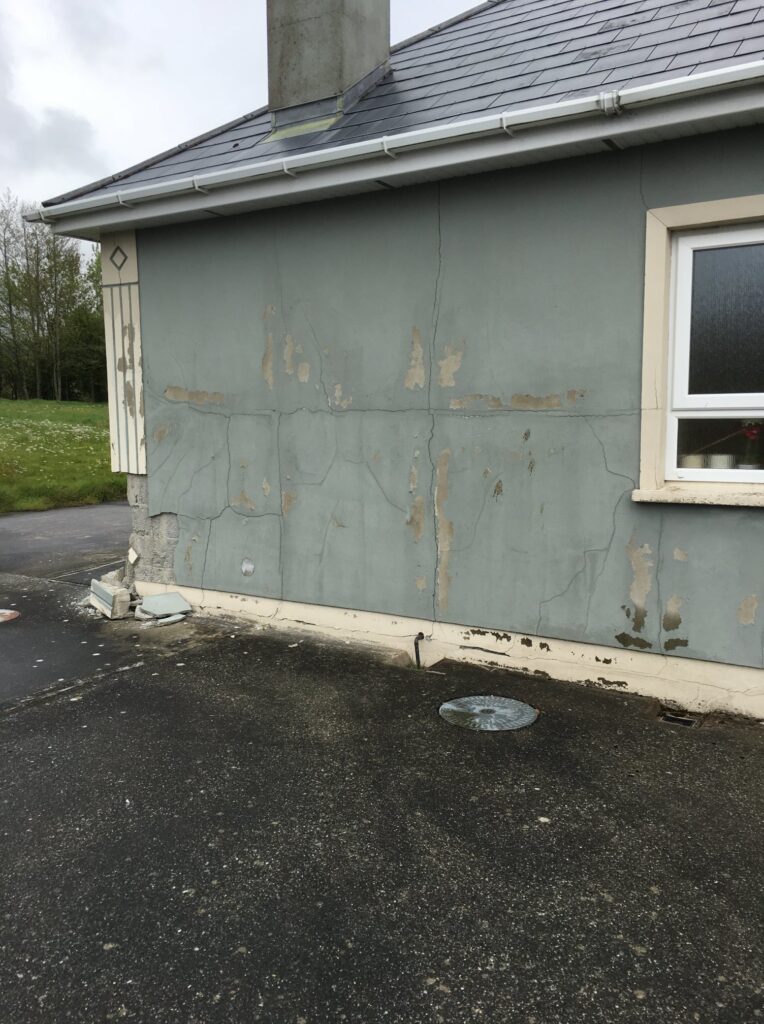 Mica: A home in Donegal built with defective blocks

Mr Diver continued: “Even if families can get the initial testing fees together, they are then being asked to provide a breakdown of costs for the remedial works.  There is a limit of 75k on an outer leaf replacement and 275k on a full demolish and rebuild option.  Both of these are inclusive of VAT and include a 10% contribution from each homeowner as well as covering the (approx. 10k) cost of testing.  This means that (at a maximum) families have around 230-240k to rebuild their home.  On top of that fees for drawing up new plans and applying for planning permission are not covered under the scheme which are thousands of euro again.  This budget is not sufficient or enough to cover most of the prices that are coming in. It means that families are looking at costs of anything from 30k up to 100k to fix their homes. Most families do not have that kind of money.

“If you compare this with what the Pyrite affected families in Leinster received under the Pyrite scheme it pales in comparison. For example pyrite families are awarded 100% costs for remedial works.  They also receive costs for accommodation whilst the works are getting done.  They also have a cost of only 550 euro up front to cover testing.

“Another important point is that the costs estimated for each remedial works option was put forward by Government approx. 2-3 years ago. These projected costs do not take into account inflation and the recent huge material price increases due to Brexit.

“Many families are getting quoted an increase in material costs of between 25-50% even since January 2021.  In addition, due to the high demand builders costs are also rising massively.

Mr Diver concluded: “We are therefore asking the Irish Government to treat people in Donegal the same as Pyrite affected families.  Indeed this is what we were promised by former Taoiseach Leo Varadkar when he visited Donegal a few years ago.  When compared with pyrite homeowners, affected families in Donegal are being put at a serious disadvantage.”

Mica homeowners: ‘We have no choice but to take to the streets’ was last modified: May 24th, 2021 by Rachel McLaughlin
FacebookTweetLinkedInPrint