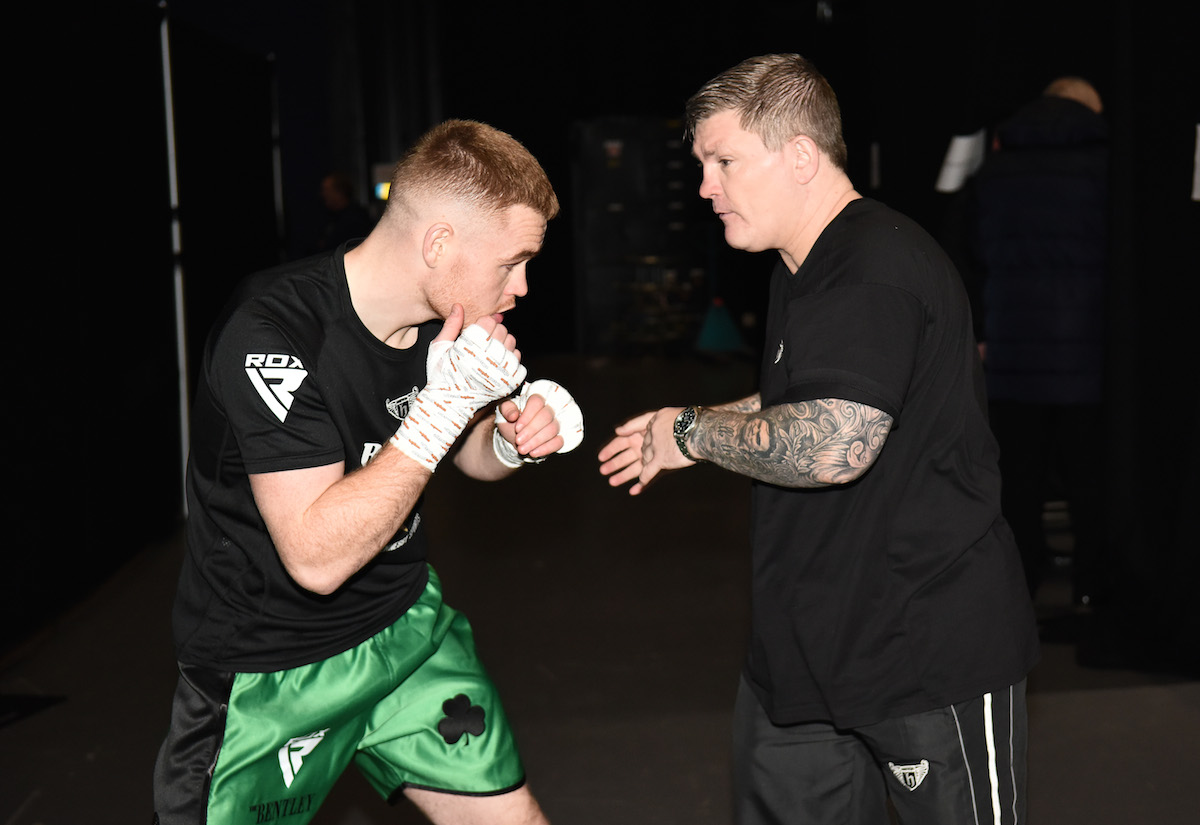 written by Chris McNulty May 17, 2021
FacebookTweetLinkedInPrint

McGinty faces the experienced Jordan Grannum (5-73-2) at the Skydome in Coventry on Saturday night in his second professional scrap.

The St Johnston man had to endure a long wait before making his pro debut in a six-rounder against Jan Ardon in December.

Hennessy is aware that he has to build McGinty’s profile, but is excited with his future alongside multiple world champion Hatton.

“If I could have scripted who he’d end up with, it would be Ricky Hatton as trainer,” Hennessy said. 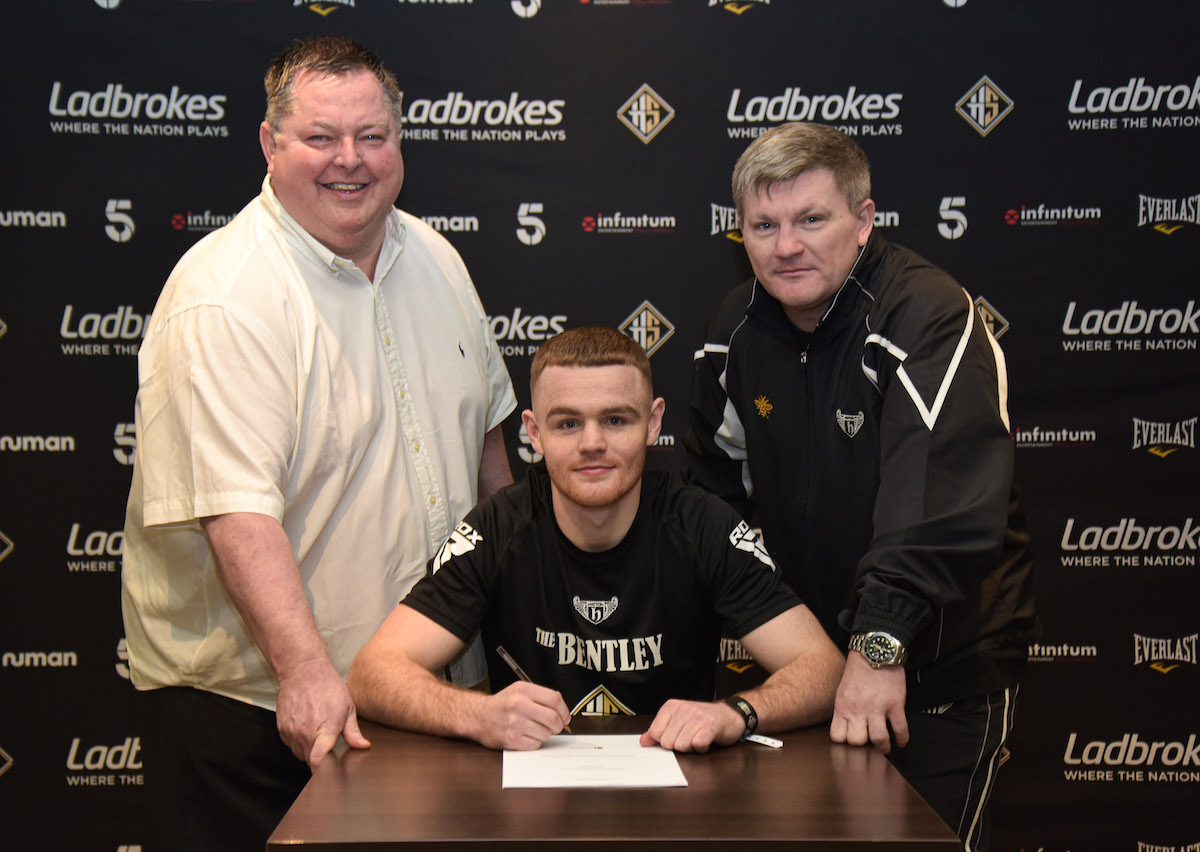 “Ricky had a brilliant amateur career and was a decorated amateur. Brett is the same.

“They are a very powerful combination. This will be a very exciting journey and we’re looking forward very much to Brett’s second pro fight. We want to keep him very busy this year.”

McGinty-Grannum will be over four rounds on Hennessy’s big show, which is headlined by Sam Eggington and Carlos Molina for the Vacant WBC Silver Middleweight Championship, live and free on Channel 5.

“I’ve been a big fan of his fighting style, his TV style and his big heart as well. Brett McGinty has always had a pro style. Anyone who knew anything about boxing knew that’s where he was going to come into his own. 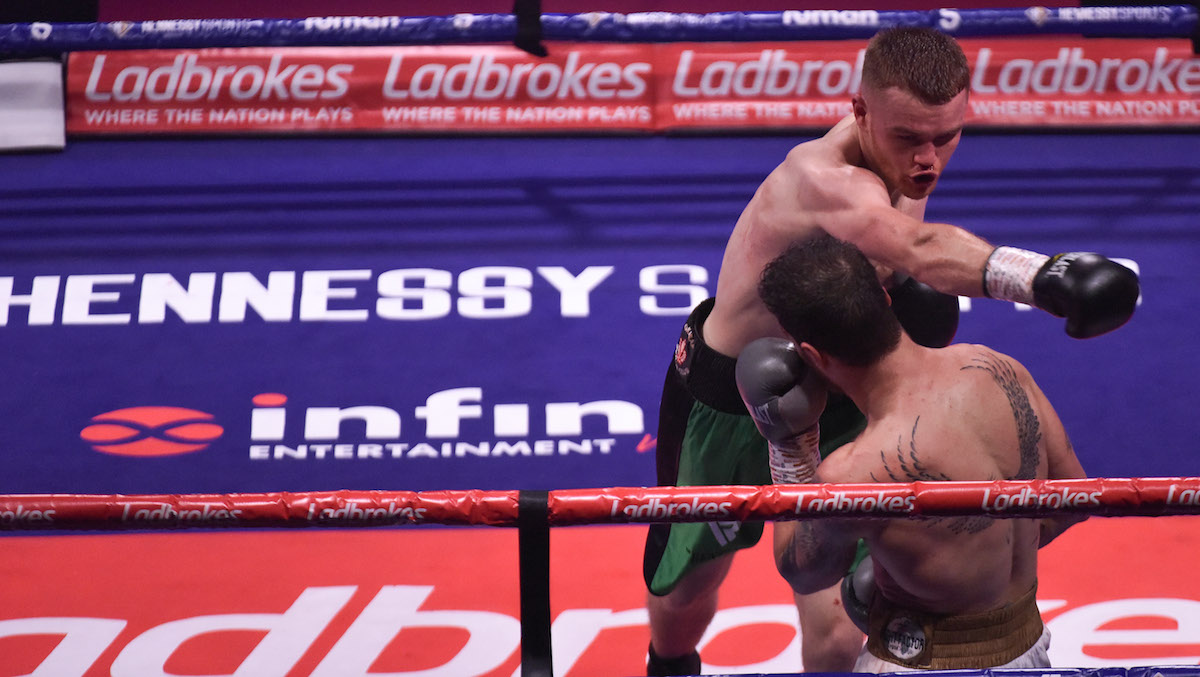 “Even with a very aggressive style, he still competed at the highest level brilliantly at every stage. Three rounds was always too quick for him. I watched him in finals where he could have got the decision or someone was too slippery. I knew he would be a great pro.”

McGinty was an eight-time Irish champion as an amateur and also has Commonwealth Youth silver and European Schoolboys bronze medals to his CV.

In 2019, McGinty signed with Sheer Sports Management, the LA-based company who also have Donegal middleweight Jason Quigley on the books.

McGinty had a stern exam in his pro debut with the durable Ardon offering a much tighter test than one could generally expect in the first outing.

Hennessy has a plan mapped out for McGinty. He said: “We need to take our time with him and obviously we will be looking for him to fight for a big Irish title, maybe the odd international title in between. T

“ just think there would be a big fanfare at that stage because we have got huge plans for him to keep him busy, keep developing him at the right pace and to make him a star.

“I honestly believe that he can win a European title and that he can win world titles if we tick all the boxes. To do it with the style he’s got, would be box office in the end.”