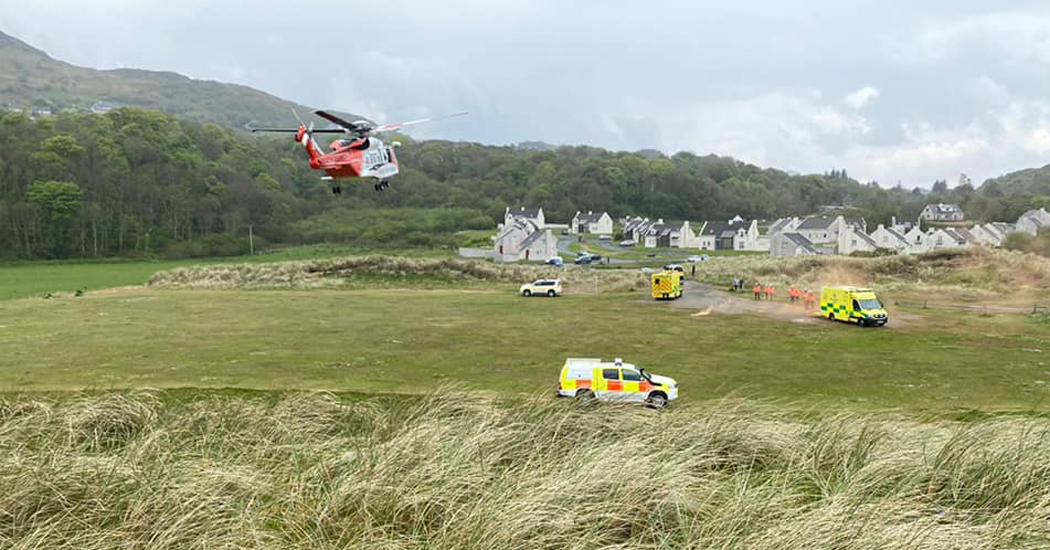 Rescue and medical services have been praised for their swift action following two incidents in south Donegal on Sunday.

A swimmer and a walker were hospitalised following two separate accidents outside Killybegs.

Shortly after noon, Killybegs Coast Guard were tasked to rescue a swimmer who got into difficulty at Fintra Beach. The casualty was rescued, transported to the nearby football pitch by National Ambulance Service (NAS) and airlifted to hospital by Rescue 118.

The second tasking was at 15:38pm where a woman had fallen at the ‘Secret Waterfall’ in Largy.

The woman sustained a serious injury to her leg, and was transferred from the shore to the Killybegs Coast Guard Delta RIB. She was transported to Killybegs Slipway where the National Ambulance Service (NAS) were awaiting to bring her to hospital. Rescue 118 were also on-scene throughout this tasking.