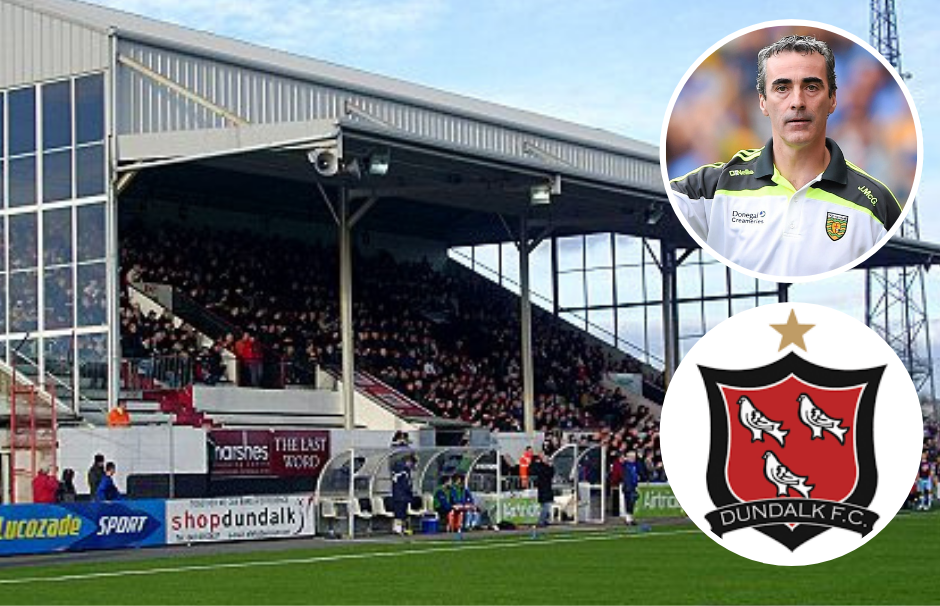 written by Chris McNulty May 20, 2021
FacebookTweetLinkedInPrint

JIM McGuinness has held talks with Dundalk about the managerial vacancy at Oriel Park, but the former Donegal boss is not seen as a lead candidate for the role.

McGuinness met with senior officials from the Oriel Park club about the vacancy earlier this week.

However, Donegal Daily/Donegal Sport Hub understands that the Glenties man will not be offered the position.

Dundalk have been without a manager since Filippo Giovagnoli and Shane Keegan departed with Jim Magilton, the club’s sporting director, in temporary charge.

Magilton spoke of his admiration for McGuinness today.

He said: “I’ve always loved GAA and I liked his approach to Donegal. A winning brand.

“Jim has been a successful manager, albeit in a different sport. I believe there are crossovers, no question about that. Conversations with these guys are very important. You get different perspectives on all aspects.

“Anything that helps, helps. It’s just conversations. I’ve spoken to other people who’ve given me another perspective on elite level sport.”

While the County Louth club will go in another direction with its next permanent appointment, the talks show that McGuinness remains committed to getting back onto the soccer ladder.

Indeed, it is understood that the former Donegal manager was offered a short-term coaching role at the Lilywhites, but declined the position.

McGuinness has previously been linked to League of Ireland roles at Galway United and Derry City.

After working initially as a performance consultant at Celtic FC, McGuinness began some coaching work at the Glasgow club.

Donegal’s All-Ireland winning manager from 2012 moved to Beijing Sinobo Guan for a short spell, working under manager Roger Schmidt, and he was head coach of Charlotte Independence.

His tenure at the USL Championship club ended in June 2019 after just one win in 14 games.

Now based in Donegal again, McGuinness has made no secret of his ambition to continue his pursuit of a career in soccer management and he enrolled on the UEFA Pro Licence course in January 2019.

In October, he said: “My focus is on soccer and the journey that I’ve been on development-wise and trying to fulfil that.”