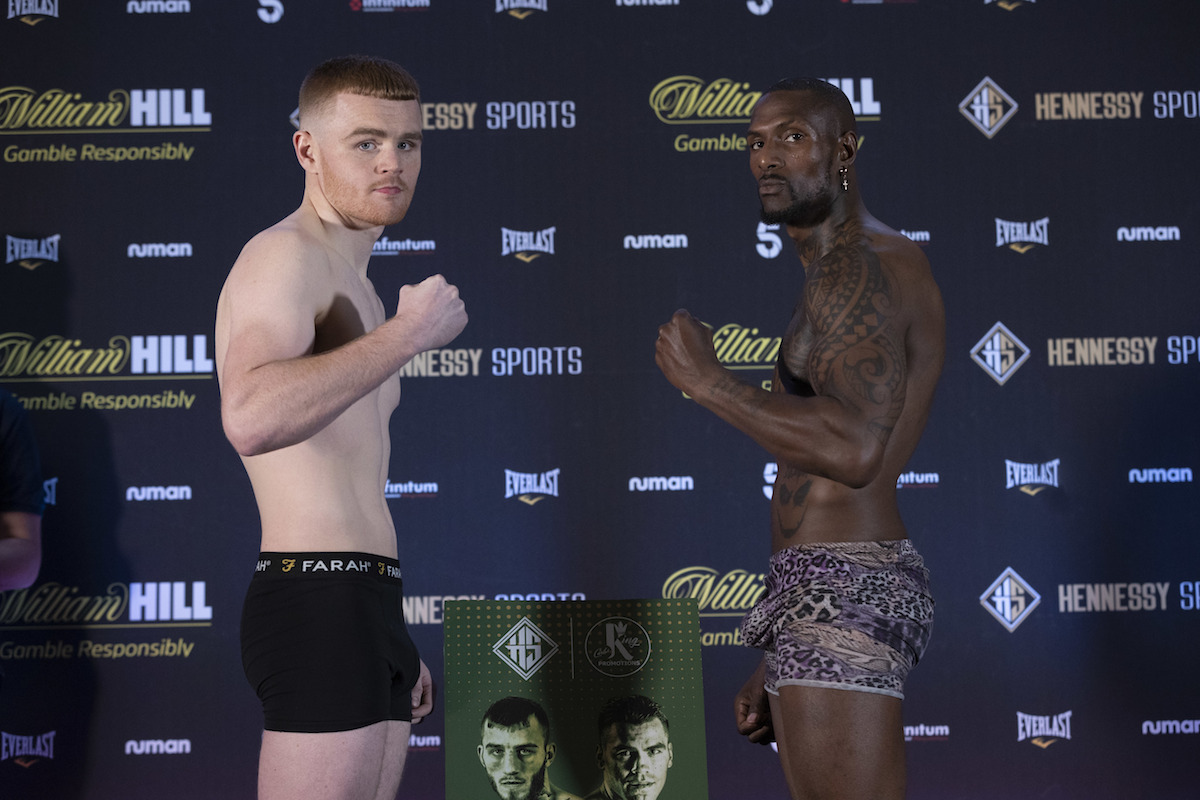 BRETT McGinty has had a change of opponent for his second professional bout tomorrow night.

The St Johnston man will now take on Dwain Grant at the Skydome in Coventry.

Jordan Grannum has withdrawn from the fight and Grant (3-9-1) has stepped in.

The 37-year-old has lost his last three bouts, most recently against James Heneghan at York Hall in April.

In 2018, Grant lost out to Irish middleweight Luke Keeler at Windsor Park, where Keeler claimed a 79-73 points win after eight rounds.

The Ricky Hatton-trained McGinty, who touched the scales at 11st 4lbs 8oz today, squares off with Grant over four rounds.

McGinty said, “I’m delighted to get last part of it done and now I’m really looking forward to tomorrow night.  All the hard work is done, my weight’s good and I’m ready to go. He looks ready as well, but I’m going to take him out.”

McGinty has been fine tuning in Manchester since returning to camp after a debut win against Jan Ardon in December.

“There was a lot of things looked at. One of the things was I took a few silly shots in the fight. But to be honest that just came from the whole build-up, the pro debut thing and what comes along with it.

“There were mistakes made in the fight that I would be hoping I wouldn’t make now going forward but that’s just part of the game.