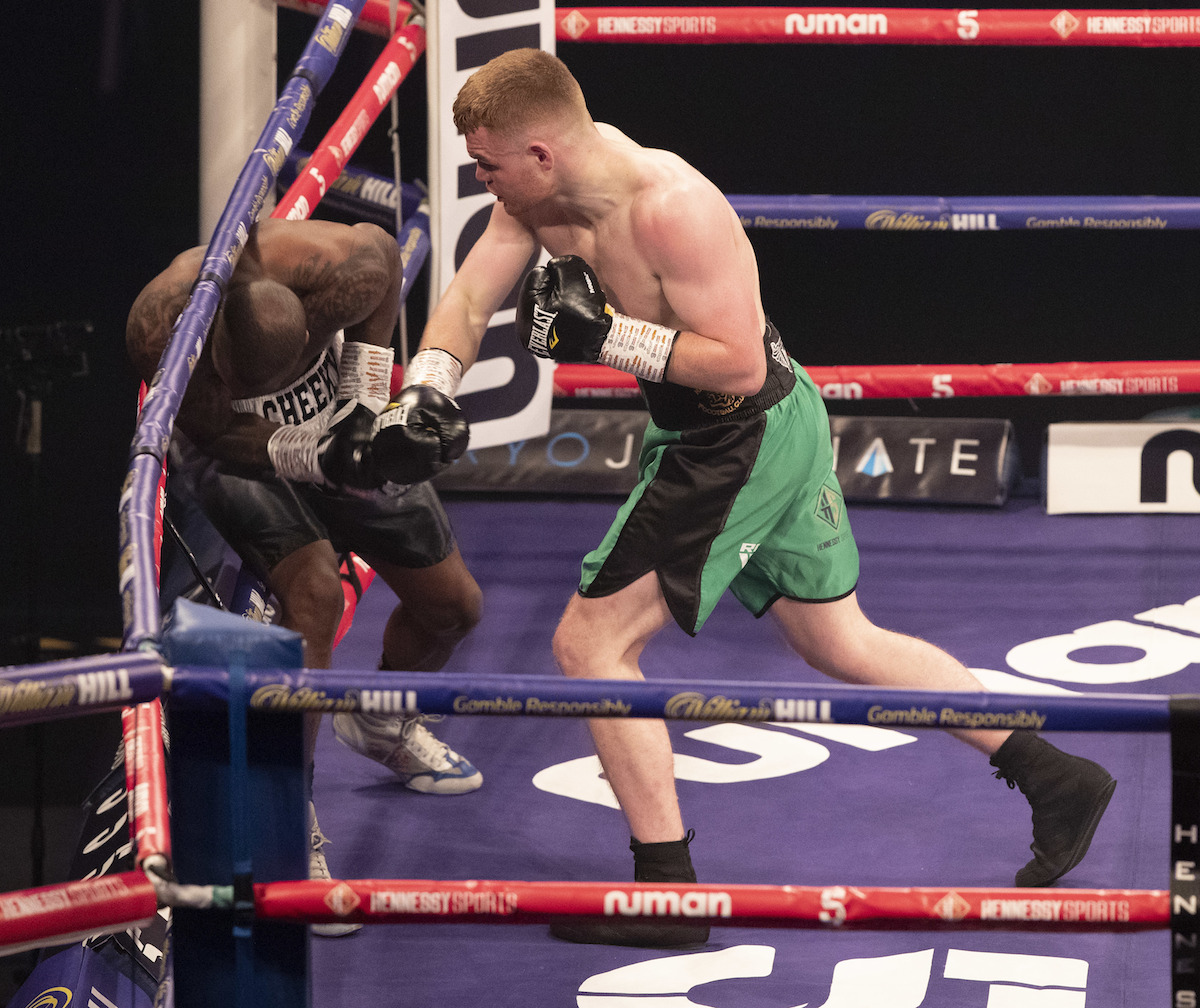 written by Chris McNulty May 22, 2021
FacebookTweetLinkedInPrint

The St Johnston man was the 40-36 points winner at the Skydome in Coventry, winning each of the four rounds.

The Donegal prospect was too quick and sharp for Grant, landing an accurate left jab and pinning Grant to the ropes and working his body with the trademark vicious hooks.

McGinty, a former European Schoolboys bronze and Commonwealth Youth silver medalist, looked more calm and composed than in his debut, but with controlled aggression to show the young prospect is learning.

He was roared on by his fans and was delighted to put on a show for them.

McGinty said, “Grant told me afterwards that the body shots were really hurting him.

“There’s still tons to learn and improve on but I was really happy with the performance.

“It was great to have my fans in the arena, I really missed them in my debut and it was fantastic to have them here.  I can’t wait for my next fight, Mick Hennessy knows I’m always fit and ready to fight.”