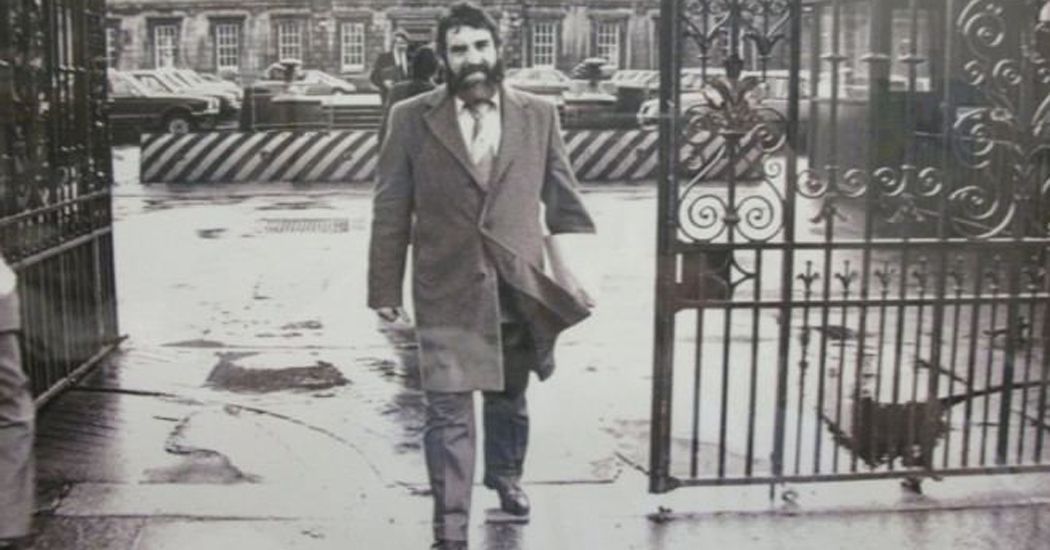 written by Staff Writer May 22, 2021
FacebookTweetLinkedInPrint

Sinn Féin leader Mary Lou McDonald has called for an independent public inquiry into the murder of Eddie Fullerton in Buncrana in 1991.

Speaking in an online video tribute broadcast yesterday evening to mark 30 years since Fullerton’s death, Ms McDonald paid tribute to the former Donegal councillor who was shot dead at his home in Buncrana on May 25th, 1991, by members of the UDA.

Fullerton, who was the first Sinn Féin member to be elected to Donegal County Council in 1979, “embodied what it means to be a proud Irish republican activist and a dedicated united Irelander,” said Ms McDonald. “Everything he did was about lifting people up and moving forward.

“He wanted a better future for his community, for his people and for his country,” she said. “He had a natural empathy for the struggles of ordinary people and he worked day and night to improve their lives. A man with a deep intellect and a sharp political instinct.”

Ms McDonald said her party reiterated the Fullerton family’s call for an independent inquiry into the circumstances surrounding his death, “in the name of truth and justice”.

She also paid tribute to his “biggest achievement” – the Eddie Fullerton dam and reservoir in Inishowen.

The Fullerton family and Sinn Féin have repeatedly called for an independent inquiry over the years into what they allege was collusion between loyalist paramilitaries and British security forces in the Donegal councillor’s death.

Ms Noone recalled how her brother was close to topping the polls in Donegal and said he was on track to become the first Sinn Féin TD from the county.

His wife Dinah described how happy Fullerton was the day of his death, when he arrived home with the news that the multi-million pound dam had been approved. “The people of his community meant so much to him,” she said.

Thirty years on from his death, Fullerton’s daughter Amanda said she felt optimistic about the future and that her family’s campaign for justice had “overcome boundaries”. “The timing is good, we’ve persisted,” she said. “We feel quite confident and resilient as a campaign entity to bring this to its conclusion.”