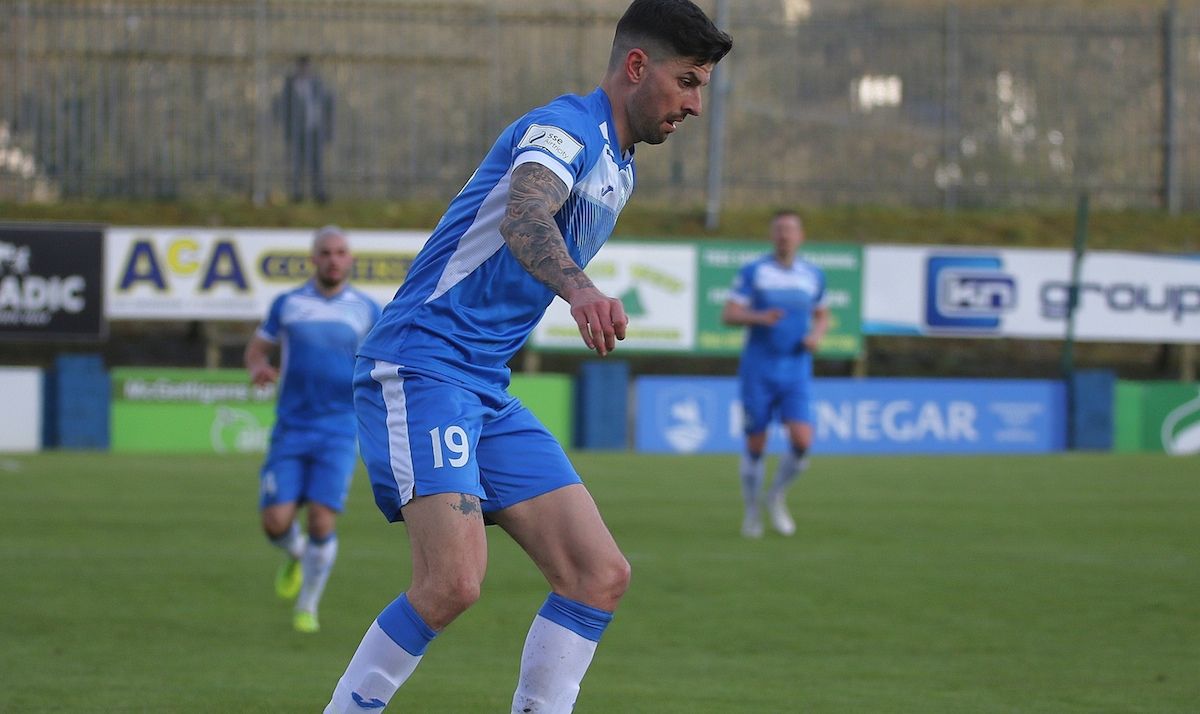 Finn Harps score two in a minute to win in Waterford

written by Staff Writer May 24, 2021
FacebookTweetLinkedInPrint

TWO goals in a minute saw Finn Harps come from behind for a vital win over Waterford at the RSC.

Barry McNamee, from a penalty, and Adam Foley netted to give Harps their second win in nine.

Jamie Mascoll’s third-minute goal had Waterford in front and looking on their way to a third win of the season.

However, after Tunde Owolabi was upended by Darragh Power in the 74th minute, McNamee stroked home from the spot.

Waterford hadn’t had time to shake their heads clear when Foley’s sixth goal of the season proved decisive.

Foley, who entered the action as a substitute, powered his way down the right before slotting past Brian Murphy, the Waterford ‘keeper.

Harps fell behind after only three minutes as Mascoll cut in from the left-hand side and slotted past Mark Anthony McGinley.

Sean Boyd might have drawn Harps level on the half-hour, but his header, after Mark Russell made the break down the left, was brilliantly saved by Blues ‘keeper Murphy.

Boyd was in from the start as Harps made four changes to the team that lost to Drogheda United on Friday night.

Harps hearts sank when Dane Massey fired home a free kick with the last kick of the match.

Boyd, Russell, Johnny Dunleavy and Owolabi were included in the starting XI. Captain Dave Webster was suspended while Stephen Doherty, Foley and Karl O’Sullivan dropped to the bench.

As Harps began to grow into the game, former FC United of Manchester striker Owolabi drilled to the bottom corner, but referee Rob Hennessy gave a free against the forward for barging away from Power in the 38th minute.

Barely 90 seconds later, Murphy saved from Owolabi as Harps looked to get back onto an even keel.

It has been a troubled season for the side from the south-east. The club opted not to fulfil a game against Sligo Rovers having lost 7-0 when they field their Under-19s in a game against Drogheda United after a positive Covid-19 case and a number of close contacts in the senior ranks.

Webster netted a last-gasp goal at Finn Park in April to give Harps a win over Waterford, but they headed for the RSC having won only one game – the north west derby against Derry City – since then.

Murphy denied Boyd with a stunning save in the 61st minute. Owolabi made the chance and his side-footed pass was met by Boyd, but Murphy was out to turn away for a corner.

Ethan Boyle spurned a glorious chance of a leveller, heading over the top when it seemed easier to score, but Harps turned the tables with a deadly double.