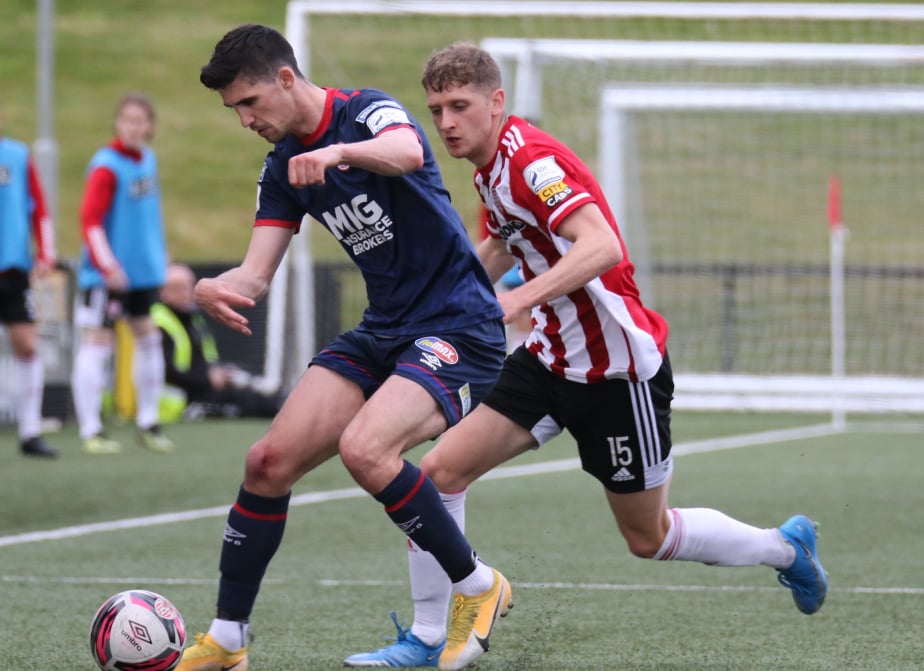 Ronan Boyce on target again, but Derry held at home

RONAN Boyce netted his third goal of the season, but Derry City were held 2-2 by St Patrick’s Athletic at the Brandywell.

Eoin Toal headed towards goal from Will Patching’s corner and Boyce fired home at the near post.

Derry looked to have won it when Joe Thompson volleyed brilliantly to the net, but Billy King secured a draw for the Saints.