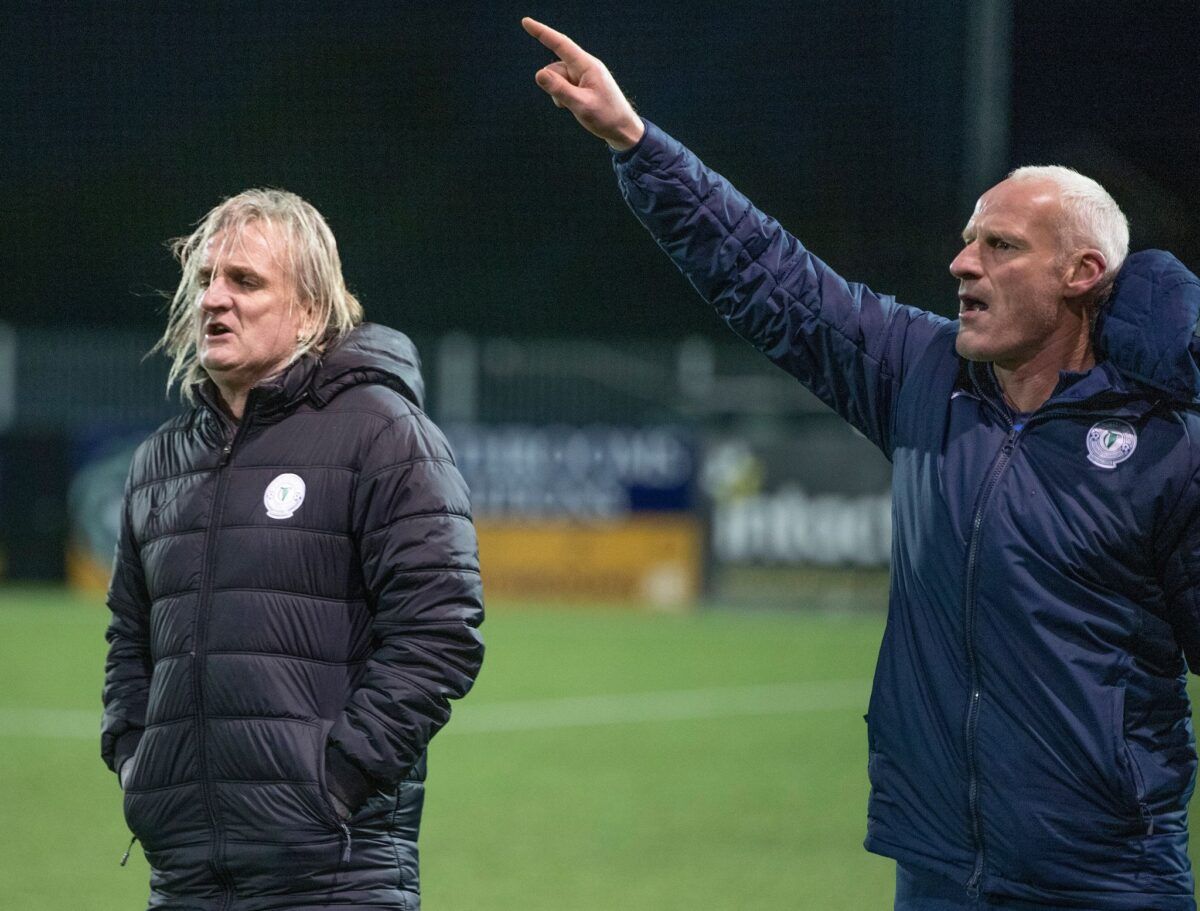 written by Chris McNulty May 25, 2021
FacebookTweetLinkedInPrint

Barry McNamee and Adam Foley scored twice in a minute to flip the game on its head after Jamie Mascoll’s early goal had Waterford ahead.

After the agony of losing with the last kick of Friday’s game against Drogheda, it was certainly a confidence booster for Harps.

“I wish they would have as much belief in themselves as I do,” Hegarty said afterwards.

“It’s a great result and keeps us pushing on.

“They’re all big wins. We know ourselves and, we’re fed up saying this, there are fine margins. We probably aren’t ruthless enough when we get chances, but we took two of them tonight.

“The players dusted themselves down, came again and they fully deserved to win the match.”

Harps travelled on Sunday and held a training session on Sunday evening in the south east.

Without suspended captain Dave Webster, Harps made four changes, but those precious goals – including Foley’s sixth of the season – have the Donegal side fifth in the table.

Hegarty said: “We had a lot of good leaders out on the pitch. The boys defended well and kept us ticking over on the ball, Barry linked it up and Tunde (Owolabi) caused them all sorts of problems.

“We probably could have went in 3-1 up in the first half with the chances we had. Whenever you’re behind, sometimes it doesn’t look as if it’s going for you.