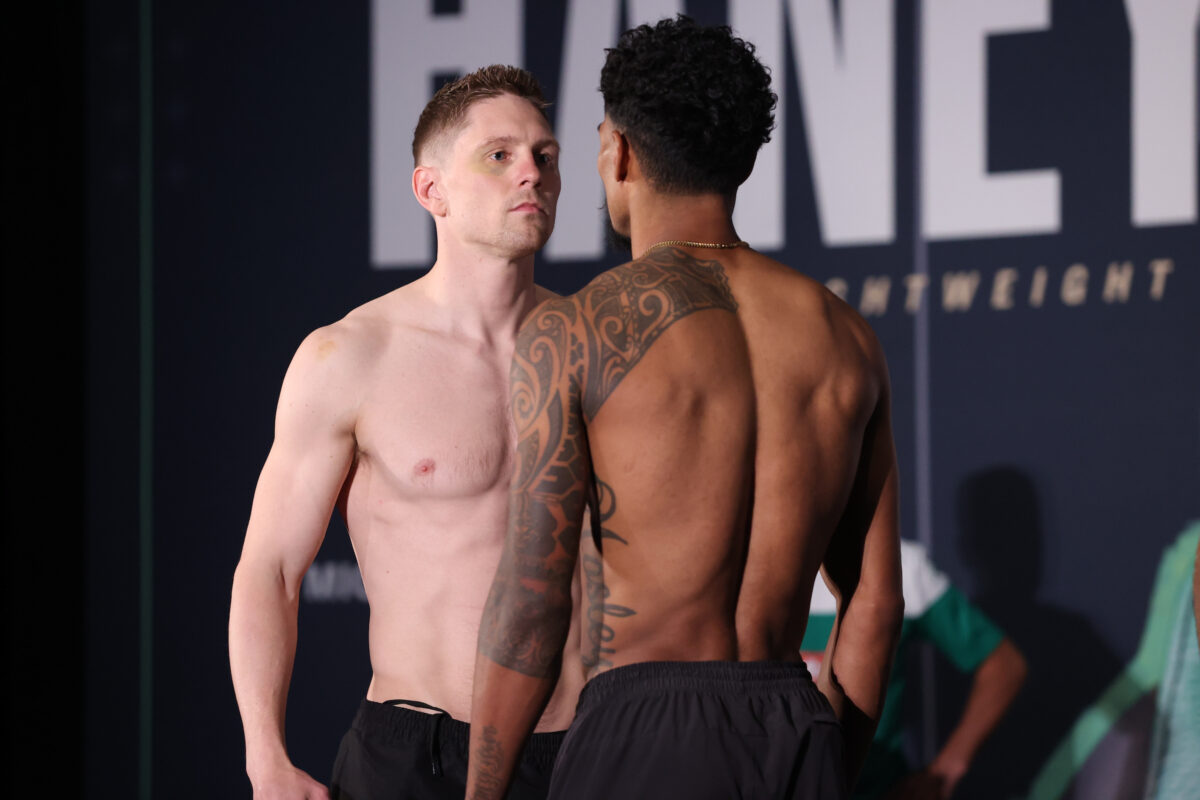 Quigley on a mission as he weighs in for title showdown

written by Chris McNulty May 28, 2021
Facebook0Tweet0LinkedIn0Print0

JASON Quigley seemed a man on a mission as he weighed in for his NABO middleweight showdown with Shane Mosley Jr.

A lean looking Quigley touched the scales at 159.4lbs.

Mosley Jr weighed in bang on the 160lbs limit.

At the weigh-in, Quigley spoke about the ‘sacrifices’ he has made over a long period of inactivity.

“We’re going to make it all worthwhile,” Quigley said.

“We’ve had a good long camp for this fight. Everything has gone to plan and no stone was left unturned. We’re here ready for action.”