written by Staff Writer May 29, 2021
FacebookTweetLinkedInPrint

Jamie Brennan comes in for the injured Michael Murphy for tonight’s Allianz Roinn 1 North game against Armagh at the Athletic grounds.

Declan Bonner’s squad otherwise has an almost familiar ring to it.

The Bundoran man, Brennan, is also named in the starting line-up and is the only change from the fifteen that lined out in the epic draw game against Monaghan last week.

Throw-in tonight is at 7:30pm and the game will be shown live on EirSport, with coverage starting at 7:10.

The full 26-man panel is named in the image below. 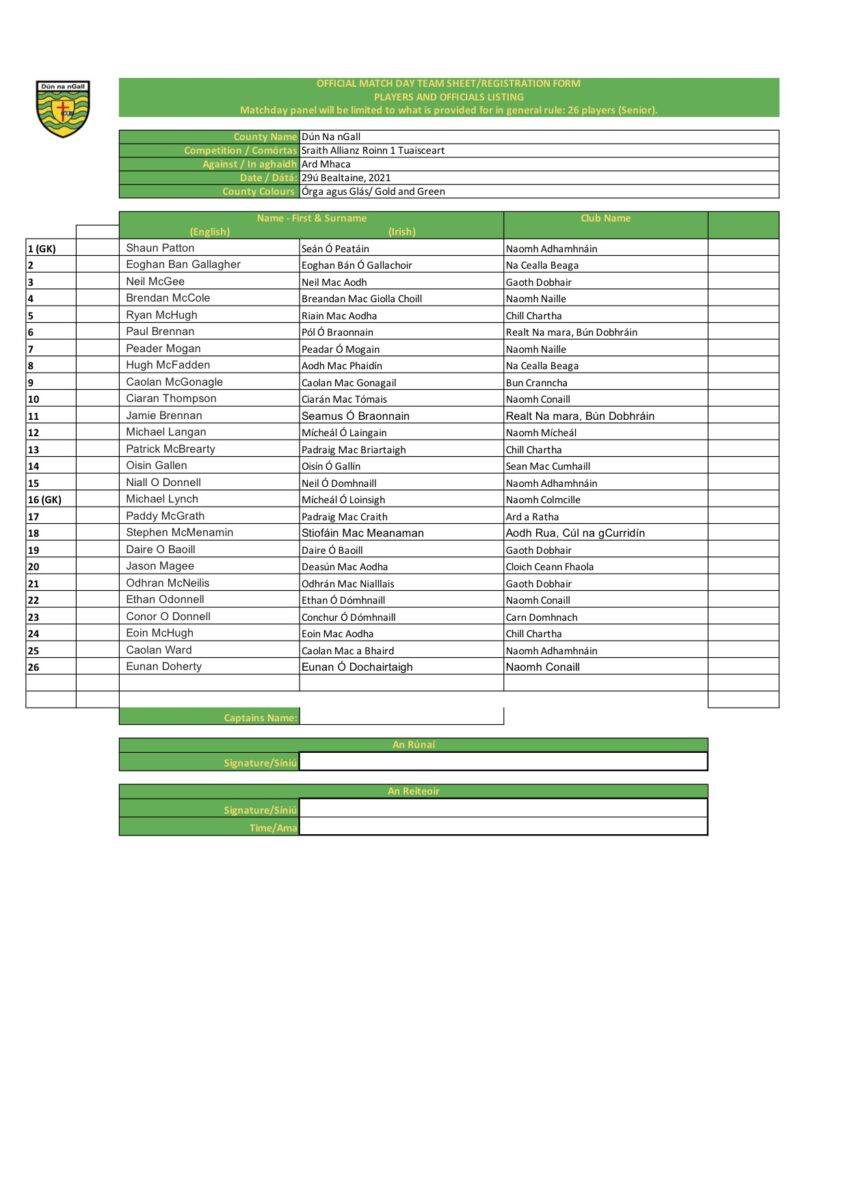