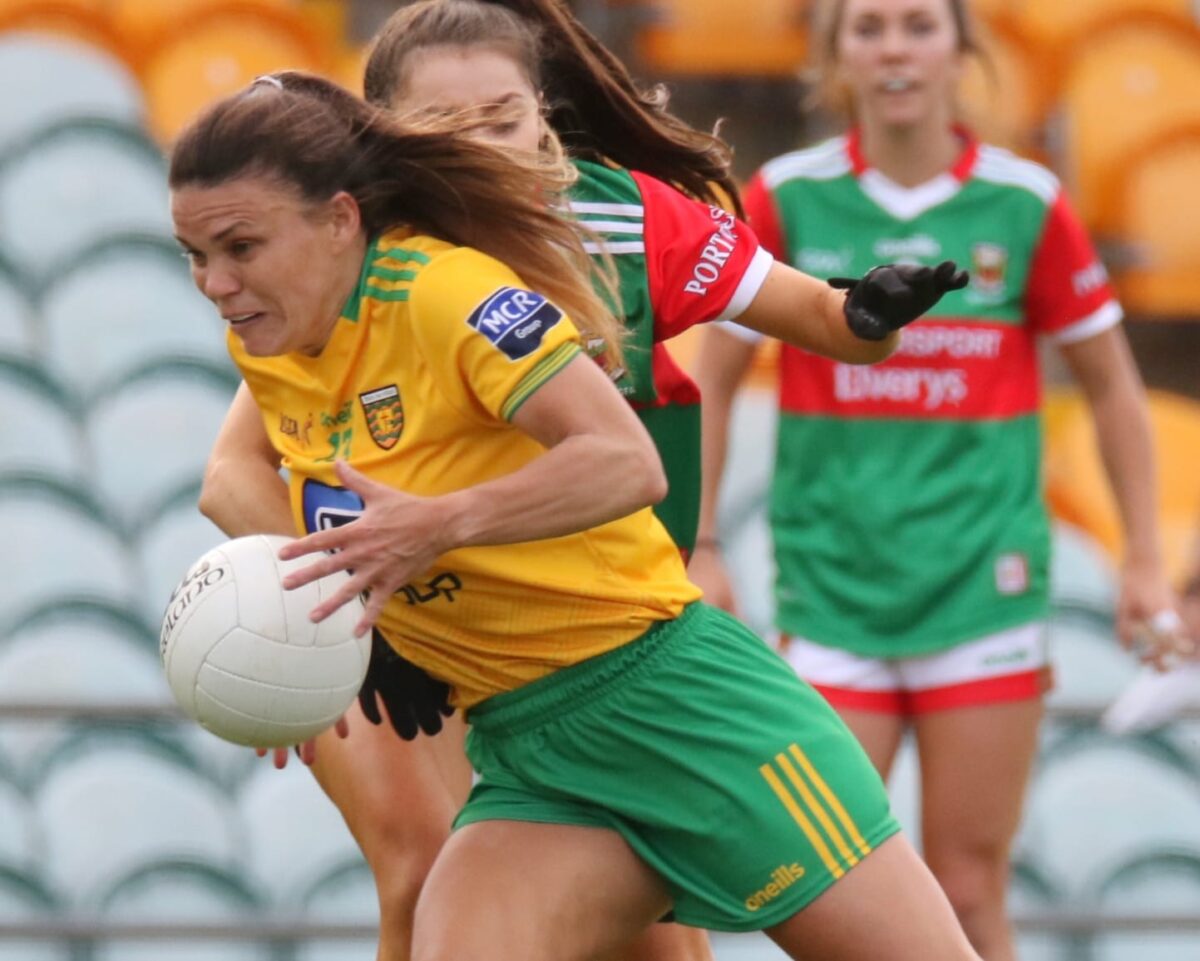 written by Chris McNulty May 29, 2021
Facebook0Tweet0LinkedIn0Print0

NIAMH McLaughlin netted a decisive penalty as Donegal’s ladies made it two wins from two.

Donegal were behind by the minimum, 0-10 to 0-9, when Karen Guthrie was brought down in the 48th minute. Captain McLaughlin assumed responsibility and confidently tucked the penalty past Aisling Tarpey.

Two from Guthrie, one of them a free, opened a four-point advantage for Maxi Curran’s side.

In what had been a game of inches, it proved a precious lead, one they were able to see out. 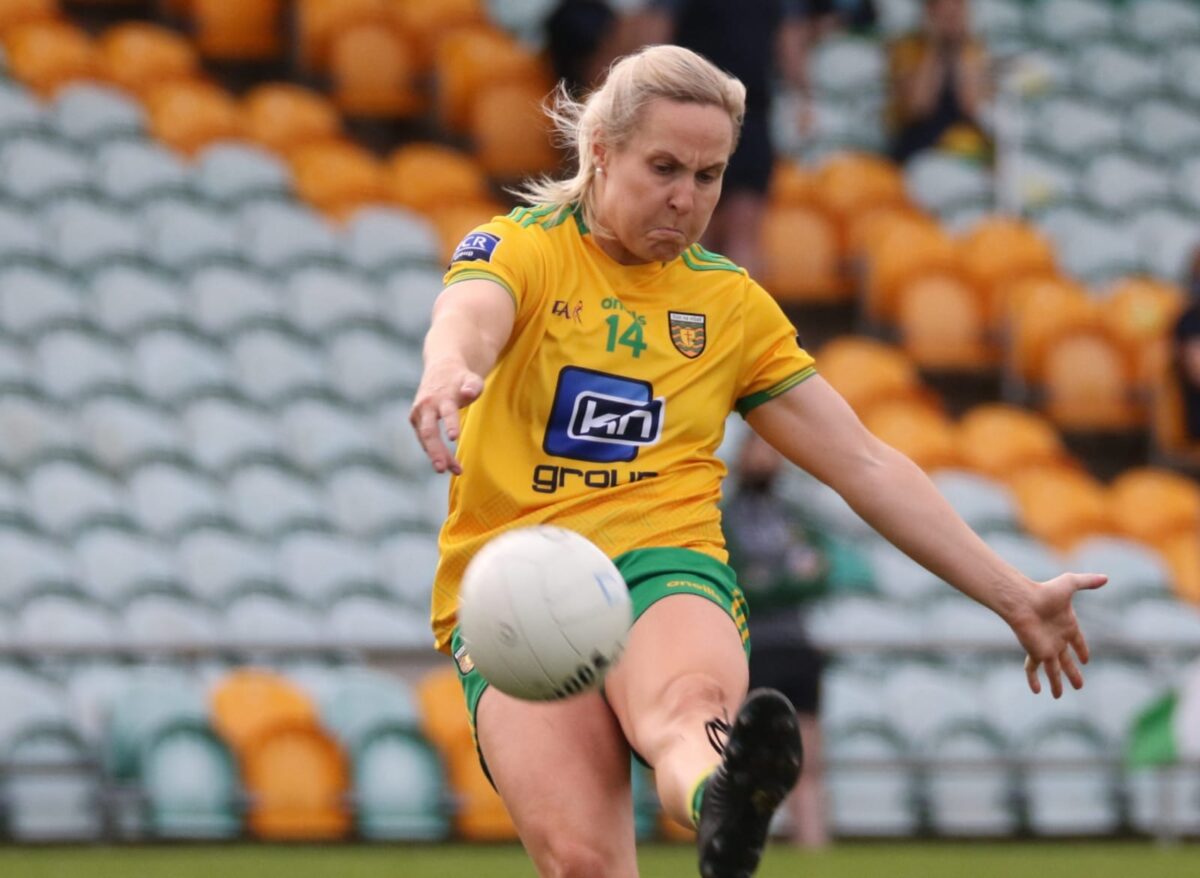 Aoife McColgan pushed over the crossbar with a fine intervention to deny Rachael Kearns in the 11th minute. Kearns rounded three Donegal players and looked set to plant in the game’s opening goal, but McColgan had other ideas.

Just after the water break, McColgan held onto a low shot from Sinead Cafferkey and a free from Guthrie had Donegal within a point.

Mayo’s tenacious defending kept Donegal out of shooting range, but Niamh Hegarty’s 28th minute free, after a foul on captain Niamh McLaughlin, brought them onto an even keel. 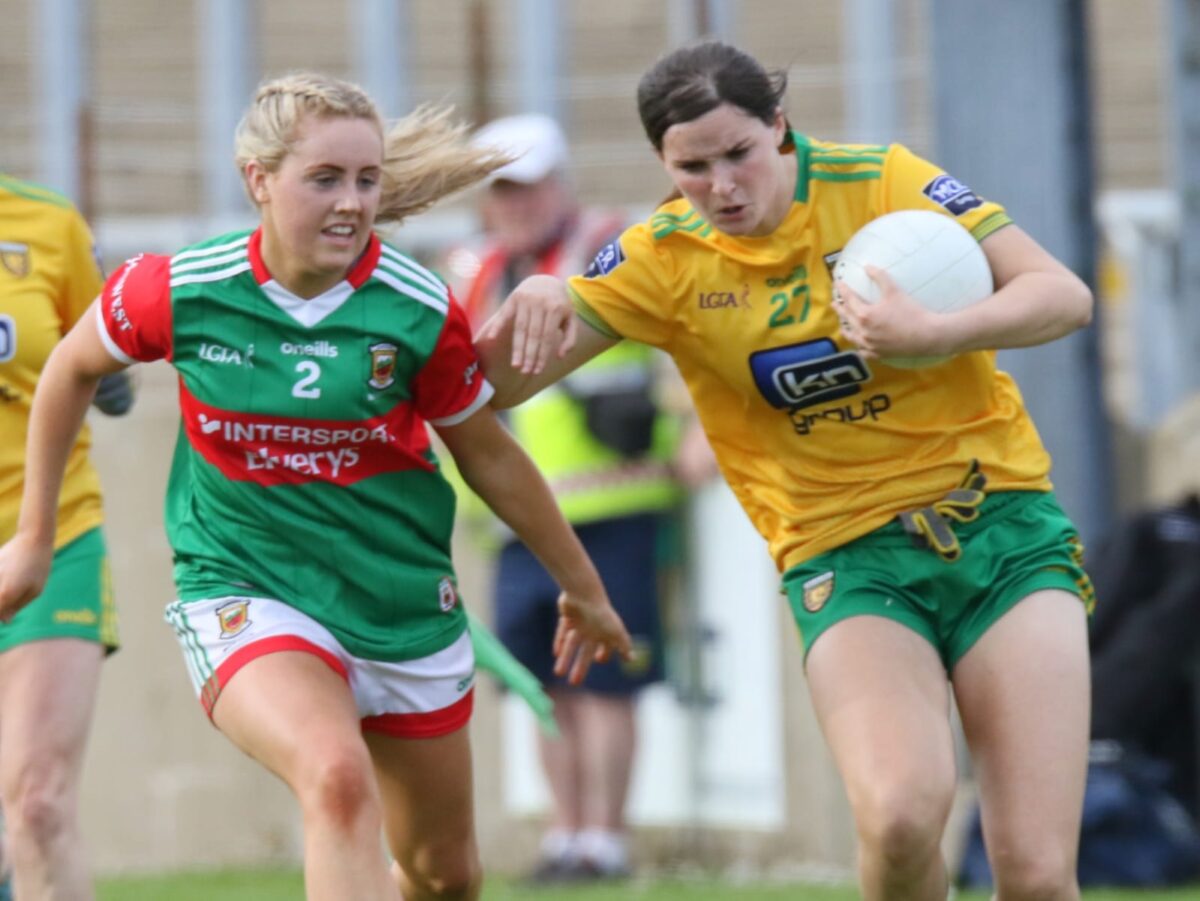 Donegal were struck with a hammer blow in the minutes before the game when Geraldine McLaughlin, given a late fitness test, was deemed unable to start. McLaughlin suffered a dead leg during last weekend’s game against Westmeath and was replaced by Termon team-mate Roisin McCafferty.

Nicole McLaughlin and Roisin Rodgers also came into the starting XV, while Mayo posted three changes from their win over Galway, with goalkeeper Tarpey, Marie Corbett and Deirdre Doherty all coming in.

Niamh Hegarty and Guthrie clipped over two early frees, but Kearns and Shauna Howley replied for Mayo, who arrived in Ballybofey buoyed by a derby win over Galway last weekend. 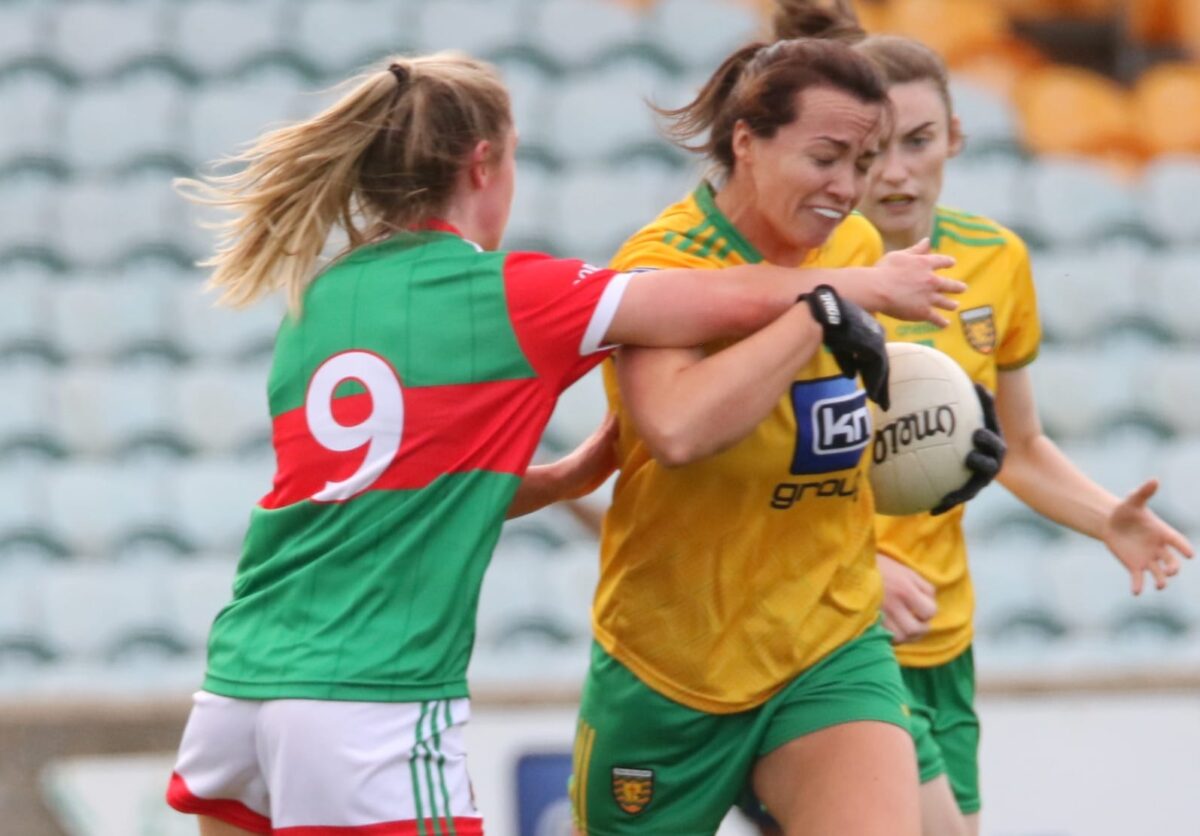 Niamh Kelly riffled over a fine point from the right-hand side and Kearns – the star of the show last time out – opened up a two-point lead for the visitors.

With the final kick of the half, Kearns slotted over a 40m free for a 0-7 to 0-6 interval lead after Donegal had briefly drawn level.

With Donegal back on terms, thanks to Suzanne White, McColgan brilliantly denied Kearns early in the second half and there was further reprieve as the follow-up, which ended in the net, was chalked off for a square ball infringement.

Hegarty put Donegal in front when she fired over after Niamh McLaughlin put through the eye of a needle. 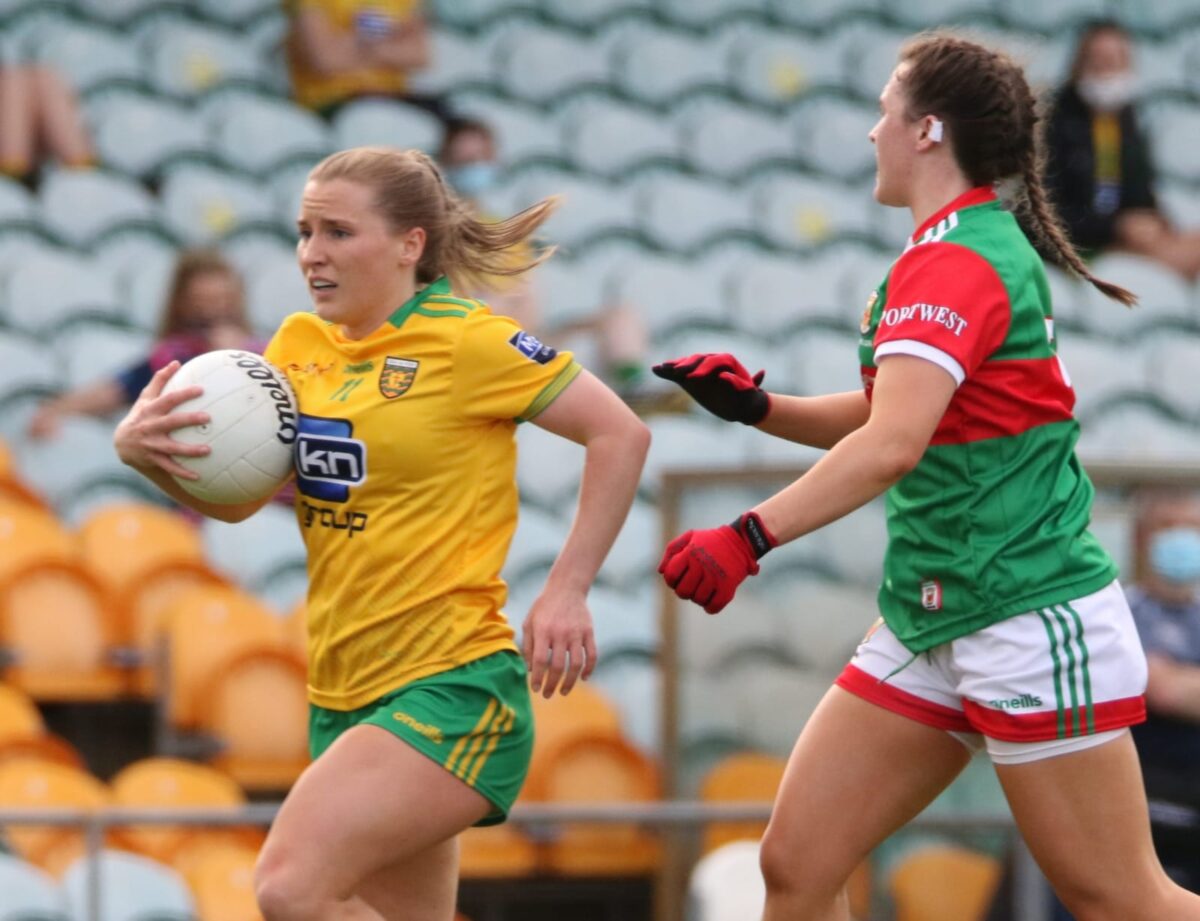 Tamara O’Connor curled over a delightful pair of equalising points after Donegal inched into command.

Substitute Grace Kelly pushed Mayo into the lead, but McLaughlin’s penalty altered the course of the tide.

Guthrie’s brace would prove crucial and a late point by Letterkenny-based Garda Fiona Doherty arrived as a consolation for the visitors.