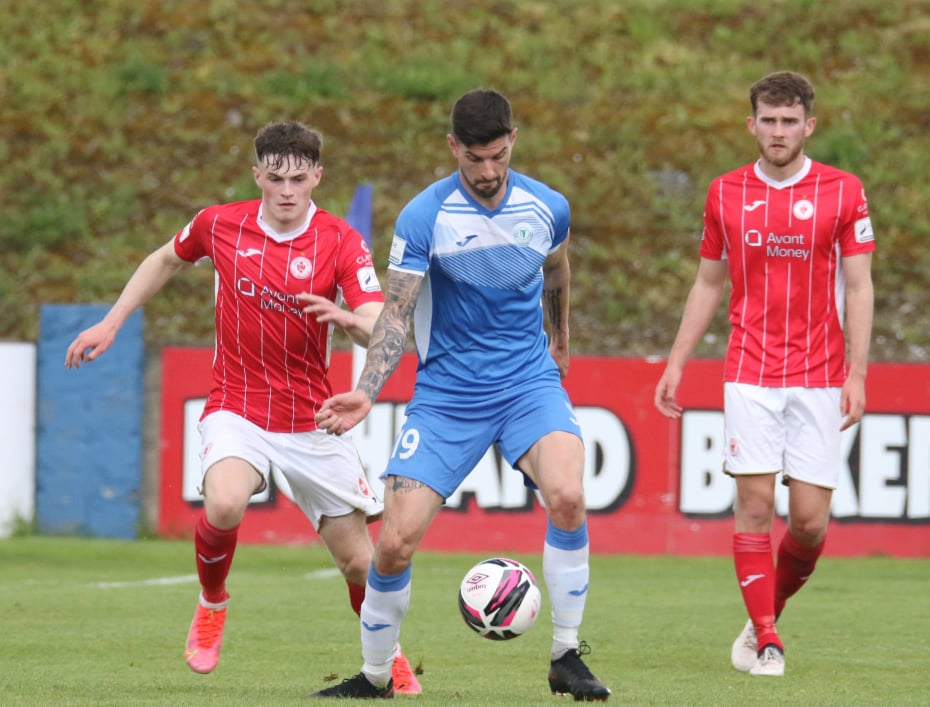 written by Chris McNulty May 29, 2021
FacebookTweetLinkedInPrint

ADAM Foley feels as if Finn Harps must get better if they are to reap rewards from putting it up to their opponents every week.

Harps were pipped by Sligo Rovers in a tasty north west derby yesterday evening in Ballybofey.

It was a game that ended with Harps, not for the first time this season, left to rue an inability to defend set pieces.

“You can’t give a team like them any chances and, unfortunately, we gave them two and they’ve taken the three points,” Foley told Donegal Daily/Donegal Sport Hub.

“We put in a shift and were very unlucky not to get three points. We didn’t deal with two corners and it cost us.

“It’s fine margins and we were unfortunate. Our performance deserved it. It’s just disappointing.”

Tunde Owolabe equalised within a minute of Romeo Parkes firing Sligo in front,

Lewis Banks bagged the winner on the hour and Sligo, who had Parkes sent off two minuets after Banks struck, moved four points clear at the top of the table.

Foley said: “We caused them problems and they weren’t comfortable when we got at them. We were unfortunate not to be a couple of goals up at half-time. It’s all ifs and buts.

“You can see the quality we put into games. We are causing teams problems. We’re right in games all the time. There is not much between us and other sides and that gives us confidence. We have to take our medicine here and move on.”