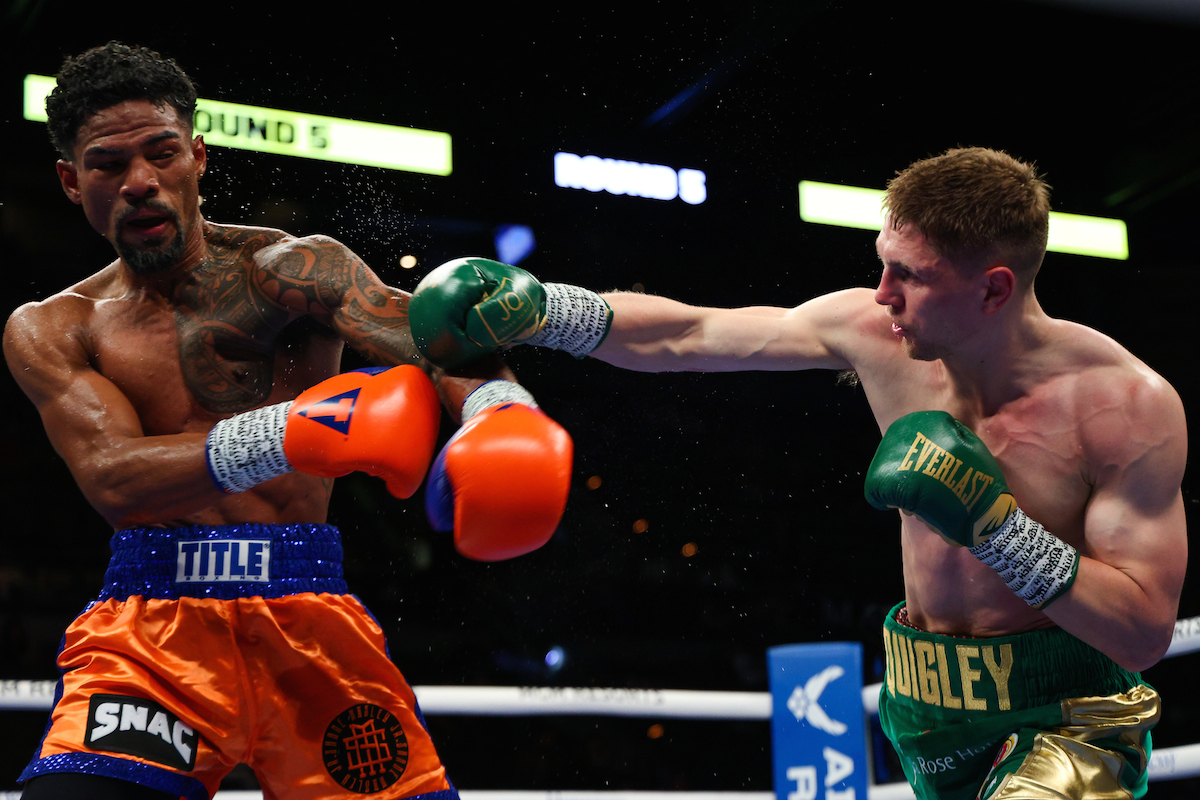 Listen: ‘Over the moon’ Jason Quigley on title triumph

written by Chris McNulty May 30, 2021
Facebook0Tweet0LinkedIn0Print0

JASON Quigley has his eyes on the world after capturing the NABO middleweight title last night.

In the championship rounds, it was Quigley who upped the ante to secure the biggest win of his professional career.

“This has been a long time coming,” Quigley said after his win.

“I’m over the moon with it. I’ll sit down with my team and see what the options are. I really want to get a crack at a world title.

“I want to put it all on the line now and see if I’m good enough.”