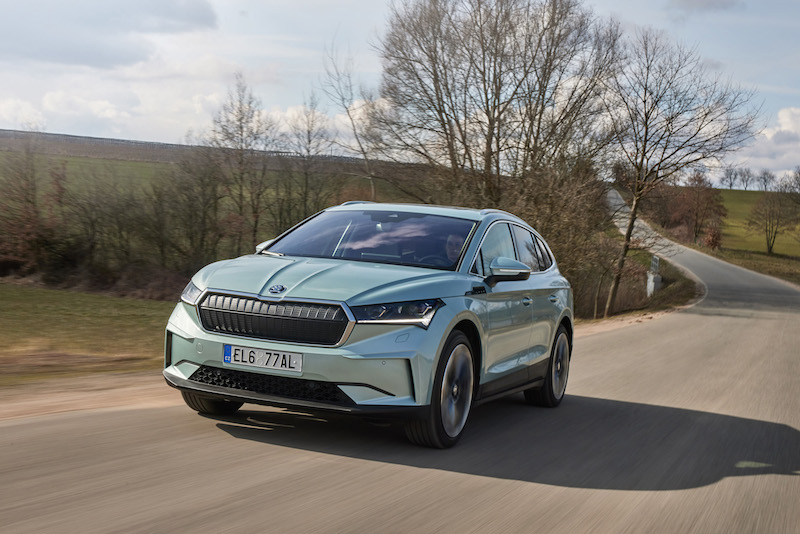 Motoring feature: The all-electric ŠKODA ENYAQ iV is on its way to Donegal

ŠKODA Ireland have announced their electric ŠKODA ENYAQ iV will debut in Irish showrooms from today.

The ENYAQ iV is ŠKODA’s first fully electric vehicle that was revealed in September of last year, with the first Irish sales pre-booked online in November by way of a €1,000 deposit.

The ENYAQ iV is an SUV driven by an emission-free electric motor delivering power to the rear wheels. An all-wheel-drive version will be available in early 2022. The ENYAQ iV boasts the latest modern technology and driver safety systems, as well as a spacious and comfortable interior crafted from quality materials. Boot capacity, at 585 litres, is one of the largest of any electric vehicle on the market.

Offered in two versions, the entry ENYAQ 60 is powered by a 58 kW/h battery with a range of up to 412 km. The ENYAQ 80 features a 77kW/h battery and has a range of up to 535 km on the WLTP cycle. In geographical terms, a one-way trip from Cahersiveen to Carndonagh is achievable when fully charged!

In addition to superior range and performance, the ENYAQ 80 version has greater equipment levels and enhanced exterior elements. All ENYAQ iV vehicles come with the latest MIB infotainment systems with 13” colour touch screen display with an accompanying digital dashboard.

* ENYAQ iV boot capacity at 585 litres, is one of the largest of any electric vehicle

From the exterior, impressive optional 21” Betria alloy wheels are the largest ever fitted to a ŠKODA. The ENYAQ iV can be individualised like any other model in the range. For convenience ŠKODA have consolidated their option list into 15 option packages; such as the “Light & View Package” that contains LED Matrix Head Lights, Dynamic Rear Indicators and Headlamp Washers from €1,417. 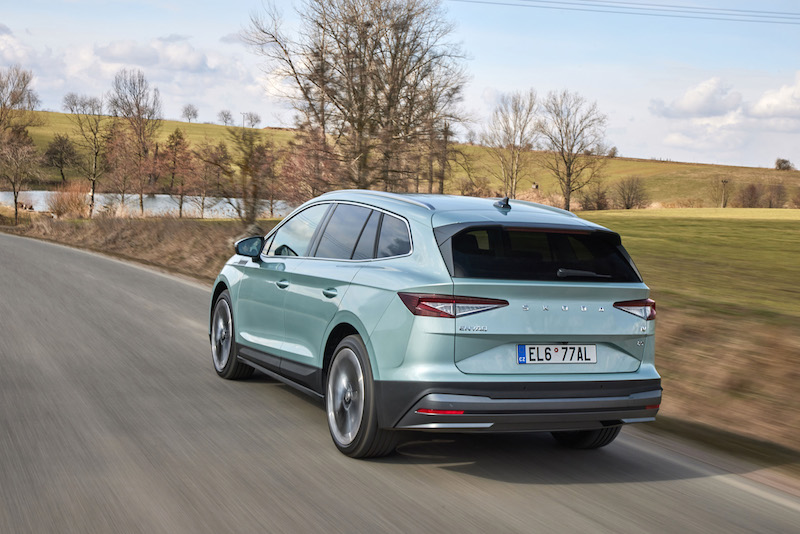 Commenting on the imminent arrival of the ENYAQ iV, John Donegan Brand Director, ŠKODA Ireland said: “The ENYAQ iV has been our most hotly anticipated model since the launch of the KODIAQ.

“Although there are many electrified vehicles on the market today, very few tick all the boxes. The combination of great range, affordable price and space for all the family are often lacking in competing vehicles, but are delivered in spades by the ENYAQ iV. Many customers who reserved their ENYAQ iV online back in November will take delivery in July, with the remaining customers taking delivery in the months up to September.

“I would like to thank them for their confidence and trust in ŠKODA. We are delighted to have secured a small quantity of additional ENYAQ iV 60 versions for delivery in September. They can be secured by contacting your local ŠKODA dealer.

“Electric vehicle & home charging grants and incentives of up to €8,321 are guaranteed to the end of this year so I would urge customers to consider their electric future with an ENYAQ iV today rather than waiting until 2022.”

You can view and test-drive the all-electric ENYAQ iV by contacting your SKODA dealer in Donegal at DMG Motors in Donegal Town. 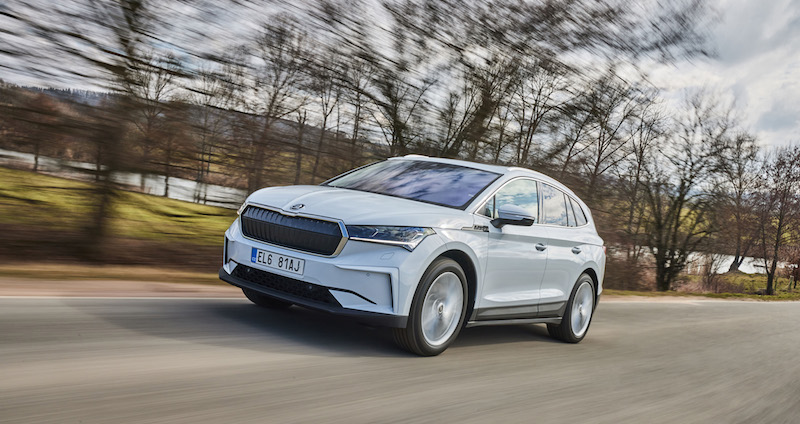 Motoring feature: The all-electric ŠKODA ENYAQ iV is on its way to Donegal was last modified: June 1st, 2021 by Staff Writer
Facebook0Tweet0LinkedIn0Print0