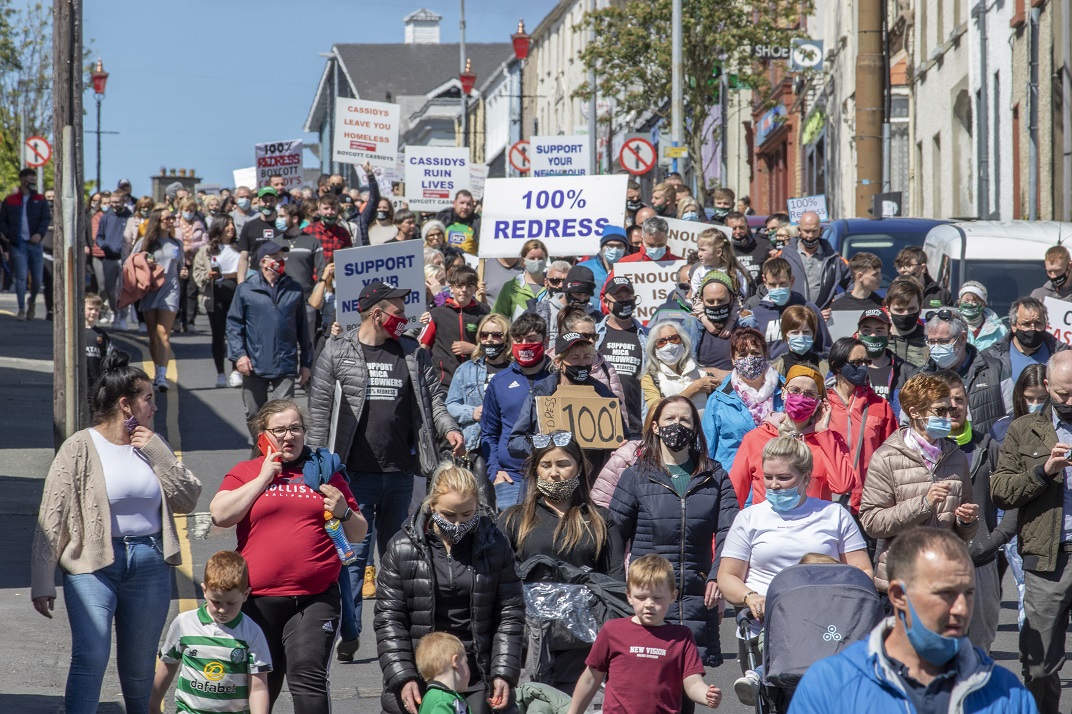 The MICA march planned for the streets of Dublin is gathering pace with confirmation that more than 40 buses have been confirmed for the June 15th protest.

Hundreds more are expected to take their own cars to the capital to raise awareness of the campaign demanding 100% redress for homes built with faulty blocks.

The protest will march up to the gates of Dail Eireann where a letter will be handed in demanding action be taken once and for all to address the scandal.

Spokesperson for the protest group, Paddy Diver, said thousands will take to the streets of Dublin to have their voices heard.

He said that there is no way that An Taoiseach Micheal Martin will be able to ignore the campaign – if he is in the Dail or not.

He said “The support has been unbelievable. It’s almost a case of last person in Donegal please switch the lights out.

“We the people of Donegal have been treated like second class citizens for too long. Why should we stand by while people in other parts of the country were helped when pyrite was found in their homes.

“We cannot be asked to live in caravans or to remortgage our homes because we simply can’t afford that.

“We should have the same rights as every other citizen in this country, the right to have a roof over our heads and on June 15th the Government will hear that.

“We have found our voices and there is no turning back. We will accept nothing less than a one hundred per cent redress scheme for every man, woman and child who have been hit with MICA through no fault of their own.”

Mr Diver promised a “little surprise” on the day but said he would not elaborate any more on what was planned.

A donation fund to support the march and overall campaign has been flooded with cash to produce banners, posters, stickers and to cover the cost of transport on the day.

Paddy added that the time for talking is over and that the protest march will go ahead no matter what.

He encouraged every person planning to go to Dublin to take another person with them.

He added “We have come too far to stop and we will take this protest to Dublin no matter what happens. Our voices will be heard.

“We will not stop until we get justice for the people of Donegal.”