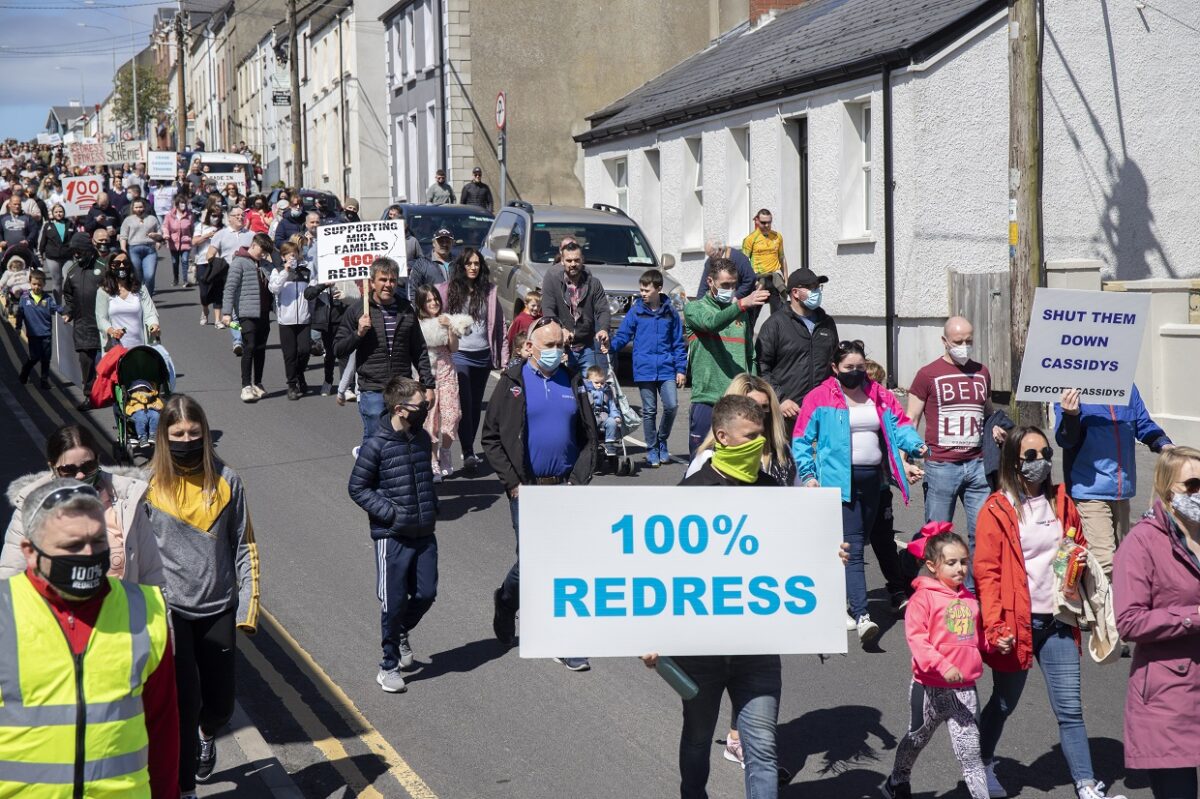 Donegal County Councillor Ian McGarvey has said he will pay for a bus to take his fellow councillors to Dublin for the MICA protest next week.

The Ramelton-based councillor said he also wants to bring five of the executive from Donegal County Council to the protest next Tuesday.

He made his offer at today meeting of Letterkenny/Milford Municipal Authority.

The issue was raised during the planning service section of the meeting when the issue of MICA houses was discussed.

Donegal County Council’s Liam Ward said the issue of people having to seek planning when their houses have been demolished because of MICA is being discussed.

Cllr McGarvey said “I think we have to take into consideration what families are going through in this county and that we be as flexible as possible rather than force them to go for planning again.

“I don’t think it can continue and hope these people can get 100% redress.

“I propose that we hire a bus to take every councillor to Dublin and five members of the executive with us.

“I am willing to pay for this bus,” he said.