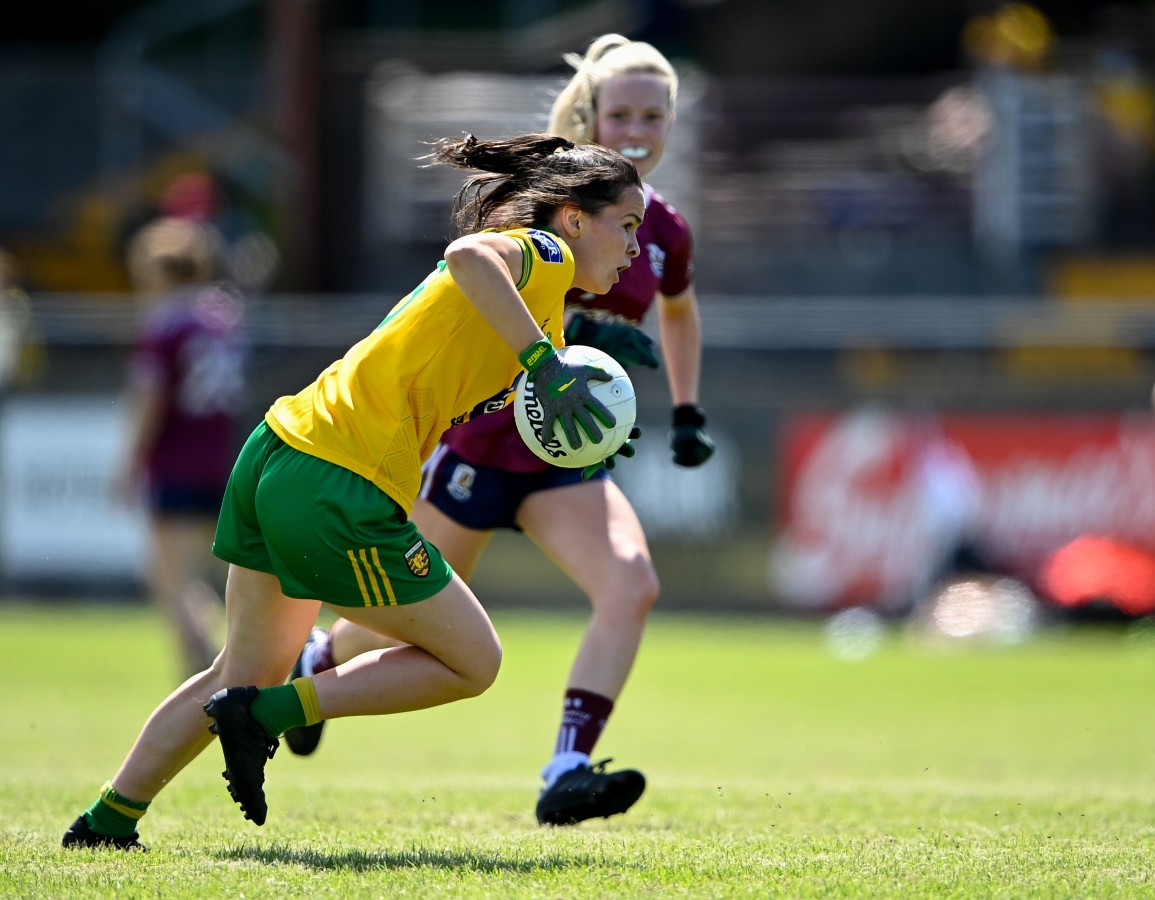 DONEGAL’S Lidl National Football League semi-final against Cork will be played in Galway on Saturday.

The LGFA have confirmed that the Donegal-Cork game will take place at 3pm in Tuam Stadium.

The game will be shown live on TG4.

Donegal booked a semi-final berth with a superb win at Tuam Stadium on Sunday, Maxi Curran’s side recording a fine 4-21 to 2-11 win over Galway.

Geraldine McLaughlin and Karen Guthrie scored 4-11 between them.

Curran said of Cork: “Next weekend is going to be a serious battle for us. It could be a reality check and we could get brought back to earth fairly quickly.”

In the other semi-final, Mayo take on Dublin at LIT Gaelic Grounds (5.15pm).

Saturday’s semi-finals will be played to a finish.