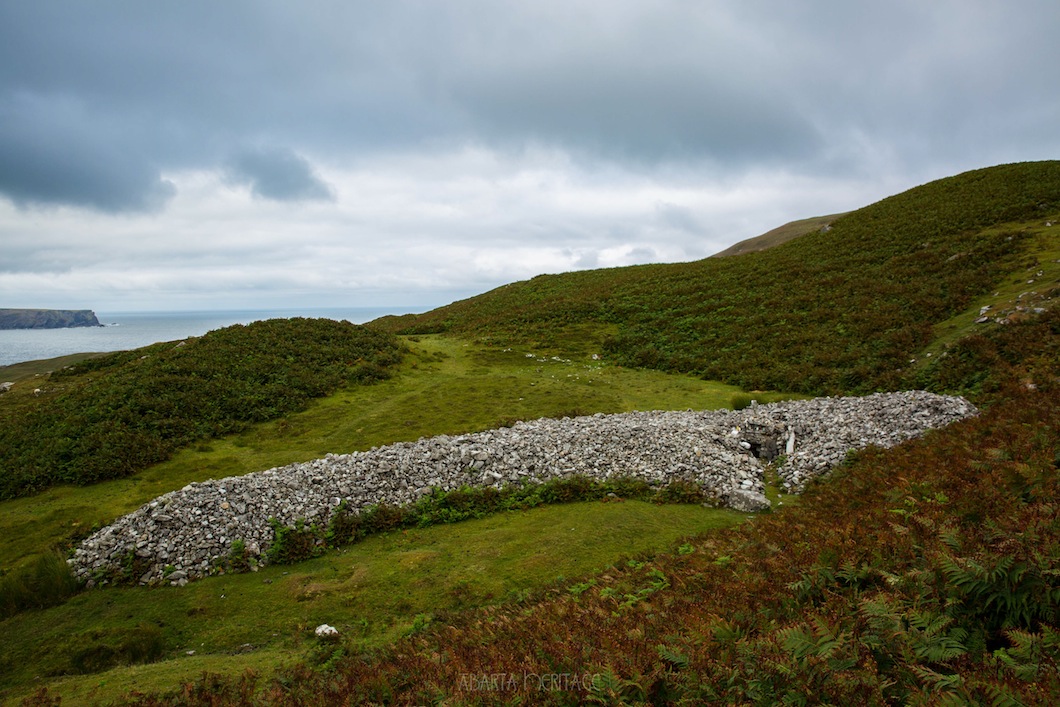 Did you know that there are more than twenty Holy Wells dedicated to St. Colmcille in Donegal?

Given this historic year as the 1500th anniversary of Colmcille’s birth and his Feast Day on the 9th June, this could be an opportunity for local communities to re-discover these wells.

Holy wells have been one of the most numerous sites of Christian worship in Ireland with an estimated 3,000 throughout the country, sometimes associated with early ecclesiastical sites and mostly dedicated to a saint of local or national importance.

Veneration of wells is a widespread and ancient tradition with some wells once being important sites of pre-Christian ritual activity – reflecting their significance in areas associated with the Celts. The earliest reference to holy wells in an Irish context appears to be Adomán’s seventh century ‘Life of St. Columba’ (Vitae Columbae).

A survey commissioned by Donegal County Council in 2012, as part of the County Heritage Plan, identified 180 holy wells in the county – 16 more than the 164 listed in the Record of Monuments and Places and protected under the National Monuments Acts. This is nearly as many as the total number of  187 wells across all of Northern Ireland.

Of the wells that have an associated saint, it is no surprise that St Colmcille is the most prominent in Donegal with at least 22 dedicated to him – more than St. Patrick and St. Brigid, Ireland’s other two patron saints. A further number feature Colmcille in their folklore stories – such as St. Fionnan’s Well near Dunfanaghy where Colmcille is said to have caused the water to flow from the rock to quench St. Fionnan’s thirst. 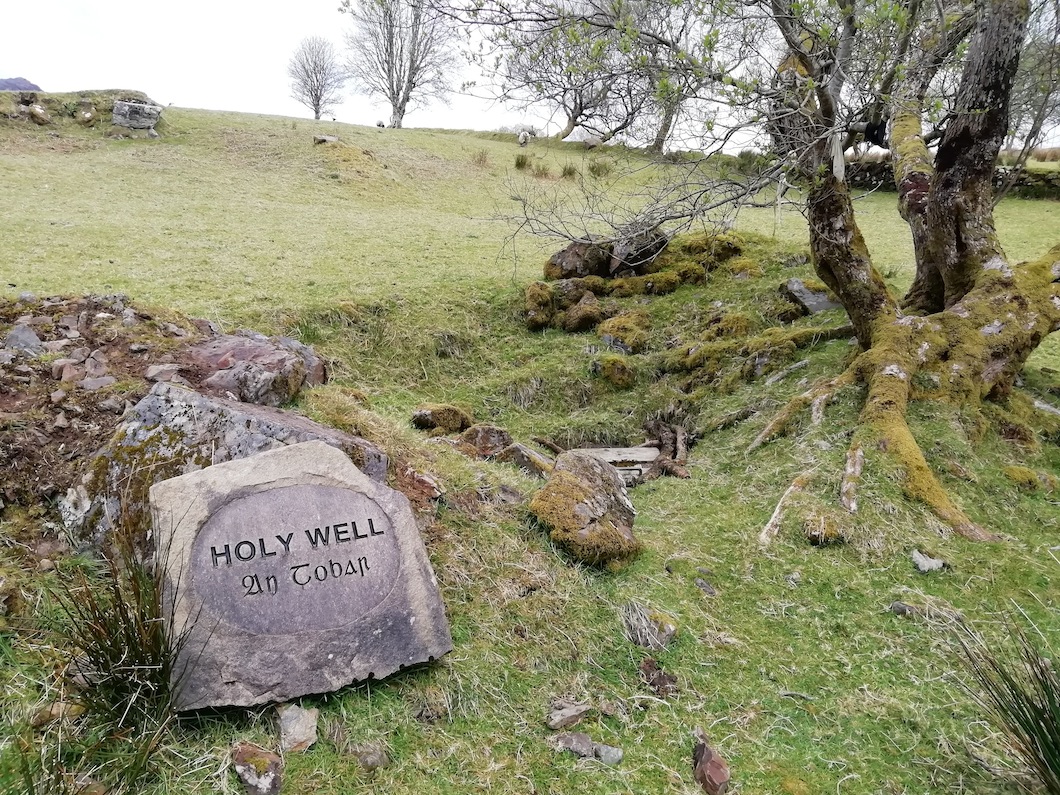 Where wells are associated with a ‘Patron or Pattern’ the tradition is to visit the Holy Well on the feast day of the Saint.  Therefore for most of the St. Colmcille wells, the tradition had been to make a special visit on 9th June.

Many wells also had the tradition of a ‘Turas’ where pilgrims walk on a route to the holy well – or as in Gleann Cholm Cille and Gartan – a holy well is one of a number of stations on the Turas.

Wells are also known for their healing powers, which are often attributed to the patron saint. At some wells, the custom of hanging strips of cloth from a tree or leaving other ‘Votive’ offerings is still practiced.  This is still the case at five of the wells – in the townlands of Lenan, Carryblagh, Knocknafaugher, Biofán and Disert.

A number of Colmcille wells are also associated with specific ‘cures’ – with the wells at  Magherawarden and Gartan said to cure loneliness whilst Tobar na Súl Well in Stackarnagh was regarded as a cure for sore eyes.  A visit to the well in Masiness was a traditional cure for rheumatism and it was believed that cattle would be immune from disease if driven between the well and the shore at full tide in Binnion.

Of particular interest also is the folklore associated with the wells.  St. Colmcille is said to have left his footprints when he jumped from a hill at the Tobar na Súl Well behind Church Hill Railway Station and to have left knee prints in Tullyarvan when he stopped at the well on his way to Stroove (Inishowen Head) where he departed for Iona.  Whilst for the holy well in Knocknafaugher, folklore suggests there are no fish in Loch Colmcille as the Saint gave it a left‐handed blessing because a fisherman there denied he had any fish.

“A large number of them continue to be used up to the present day. The practice of local communities visiting them has declined over recent decades, and subsequently the knowledge of history or folklore surrounding the wells – or even their very locations – can be lost if not documented”.

There are four such holy wells dedicated to Colmcille that are ‘missing’ in that the location is currently unknown beyond that of their townlands of Cashelard, Tullyhorky and Coolcholly near Ballyshannon and Ballymagroarty Scotch near Ballintra.

There are also three St. Colmcille Holy Wells where the location is known but the wells have not survived  to the present day. A well in Inis Bó Finne has eroded and disappeared into the sea, the site of a holy well in Ballymaquin has been forested and there are no surviving features from the site of a holy well, graveyard and church known as ‘Cill an Leabhair’ in the townland of Glen Lower.

If you visit one of the St. Colmcille Holy Wells or know of any of the missing sites, the project would love to hear from you.

You can also find details of events planned throughout the 1500th anniversary year by visiting www.colmcille1500.com