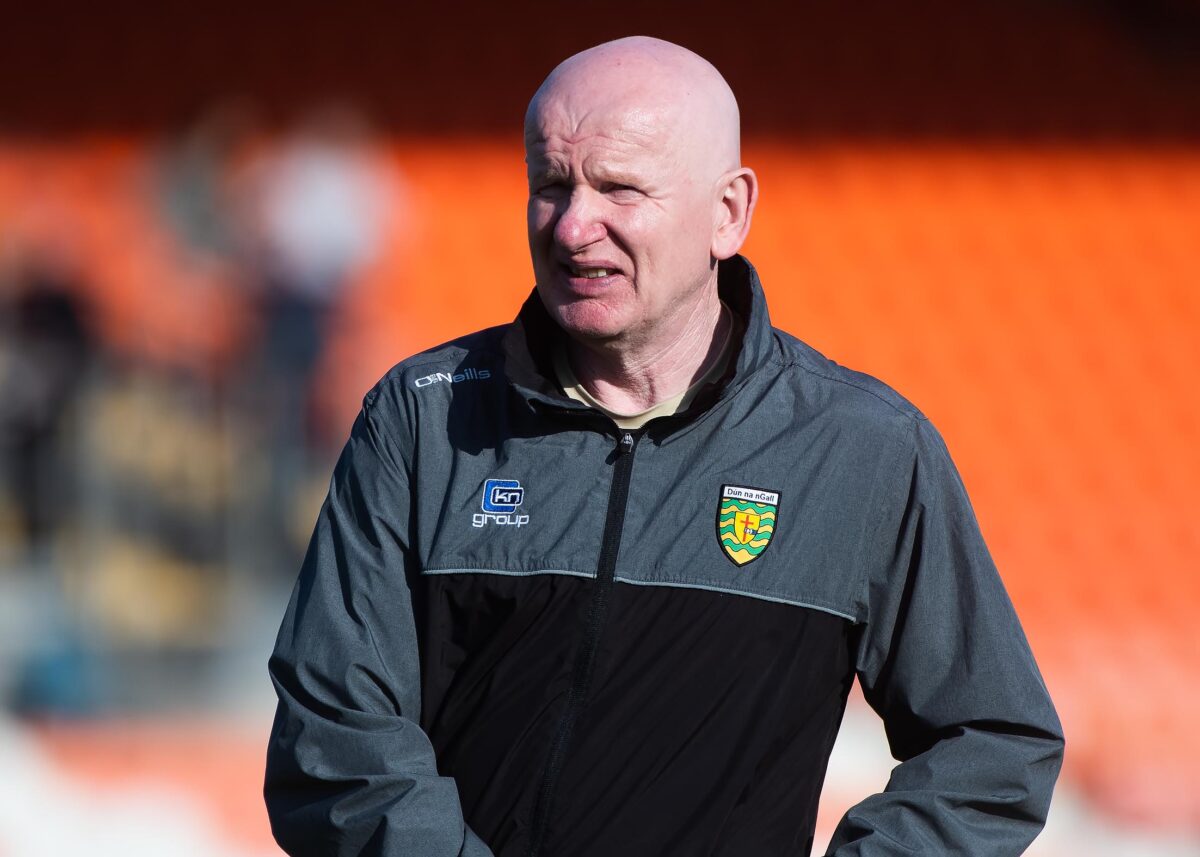 DECLAN Bonner says the format of the conclusion of the League ‘undermined’ the competition.

Were Donegal to beat Dublin in Saturday’s Division 1 semi-final, the final would not take place, due to their involvement in the preliminary round of the Ulster Championship.

Donegal are scheduled to face Down on June 27, Sunday-fortnight, in their Championship opener.

“The League should have started earlier if they wanted to finish it,” Bonner said.

“I don’t know what the thinking was. Maybe move the Championship back a week.

“The league is a very important competition and it is important from our point of view that we are playing Division one football for a number of reasons.

“It is a very important competition, but it has been undermined no doubt. To give the league credibility you have to play a league final. It is what it is so we just have to get on with it.

”Although they have no final place up for grabs, the Donegal manager insists he won’t be taking Saturday’s game against the six-in-a-row All-Ireland champions lightly.

“Championship is still two weeks away from next weekend. Any time you play the Dubs it is not going to be just a normal match.

“I presume Dublin will come fairly strong too. We have one eye on the championship naturally enough and we will be keeping an eye on the players.

“We will not be risking any players but at the same time we will be going all out.”

Bonner will be without his captain Michael Murphy, owing to the hamstring strain sustained in the recent draw with Monaghan.

Murphy, Bonner insists, will be ready for the Championship game against Down.

Neil McGee, who was forced to withdraw from the Armagh game two weeks ago after pulling up in the warm-up, should be ‘ready to go’, while Jamie Brennan is reported to be ‘not far away’.

Andrew McClean will not have involvement this weekend, but Odhrán McFadden-Ferry, who is back from a six-month tour of duty in Lebanon with the Irish Army, could be included.

Bonner said: “He has had two weeks behind him and another couple of sessions and we will see where he is at. He is not far away.

“He has missed a lot of football naturally and he has not played at inter-county level for over a year so he is just getting back up to speed again.

“It’s just trying to get up to match sharpness. If any team is going to test you out it is going to be Dublin but he is in good shape.”