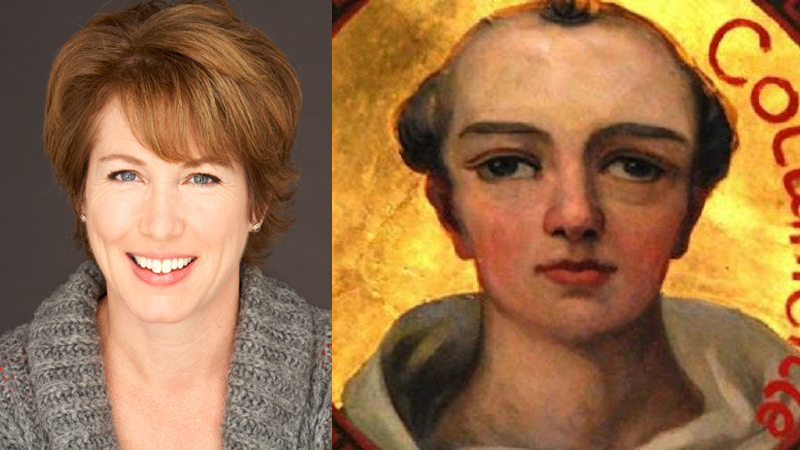 A new YouTube channel has launched today telling the story of St Columba, who was born 1,500 years ago today.

The Irish saint, also known as Colmcille, is a key character in de Fougerolles’ award-winning historical fiction series ‘The Chronicles of Iona’ which explores his life and legacy following his exile to Scotland’s lawless coastal kingdom of Dal Riata.

2021 sees the 1500th anniversary of his birth on 7th December 521 A.D., and the occasion is being marked with commemorative events across the North and West of Ireland and Scotland (see www.colmcille1500.com for details).

Paula will deliver a seminar on behalf of Donegal County Libraries as well as leading a Book Club through her series in September.

The YouTube channel (click here to visit) invites readers into Paula’s world, with a selection of videos that introduce the key historical characters and cinematic locations from the series. She also plans to take readers on her travels with video blogs as she researches key sites in her books. The video content will be a rich source of historical detail and context for her readers, as well as being an outlet to share her passion for the period and the region.

“I am so pleased to share Columba’s story,” says Paula. “Columba and the early Scottish king Aedan mac Gabran were towering figures of their age and deserve to be much better known—they literally changed the course of history. It’s a joy to bring their world to life.”