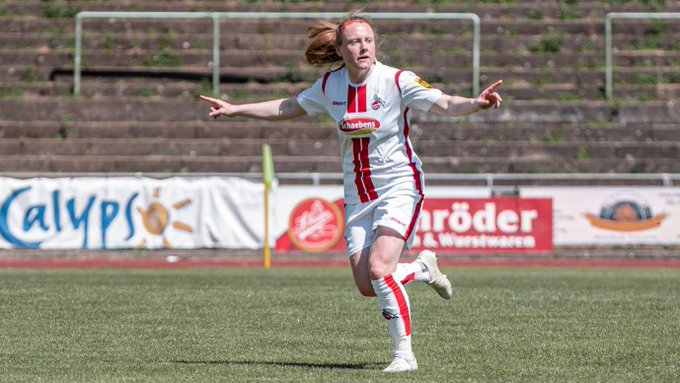 Barrett scored ten goals this season as FC Köln retuned to the top flight of the Bundesliga.

Republic of Ireland international Barrett, who is in Iceland at the moment with the Irish squad, has had a good spell with the German side.

“I am delighted to have signed a new deal,” she said. “I have really enjoyed my time here over the past two seasons and was proud to help the club get promoted back to the Bundesliga.

“I have developed a lot as a player and person since I arrived, and I want to keep working hard and scoring goals. My aim and the aim of everyone here is to establish ourselves in the top flight.”

The Milford woman signed for the club in 2019 from Peamount.

FC Köln sporting director Nicole Bender said: “Amber has been with us for two years and has integrated herself brilliantly into the team, both on and off the pitch.

“She is willing to learn, has gone through a German course and made a leap forward in a tactical and footballing sense. She is a quick striker with an eye for goal, she also works well with Mandy Islacker up front.”