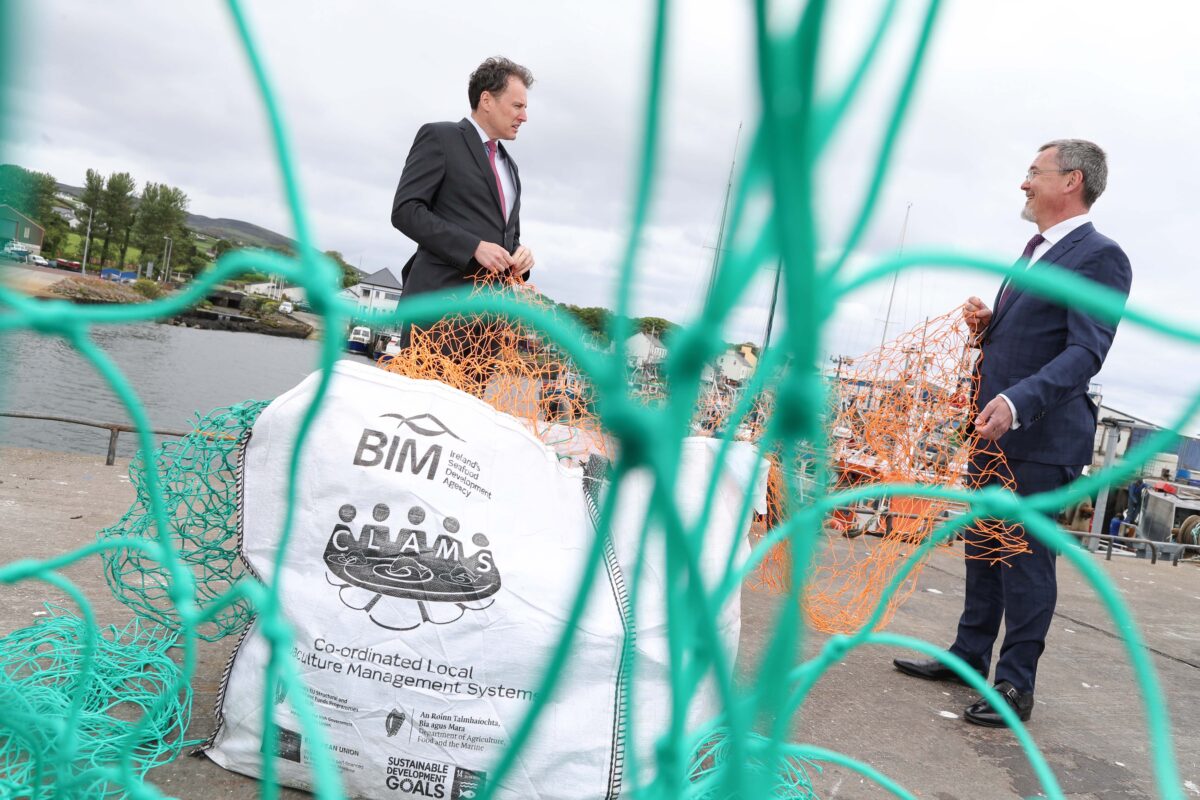 MINISTER for Agriculture, Food and the Marine McConalogue has paid tribute to people working in Ireland’s seafood sector for their continued efforts to reduce Ireland’s marine waste as part of the Clean Oceans Initiative.

To date, the collaborative efforts of the sector have resulted in more than 600 tonnes of mainly plastic waste being collected at sea and during shore and pier clean-ups.

A new focus for the Initiative is the drive to help Ireland’s fisheries harbours with their waste management systems in collaboration with  local gear manufacturers to manage fishing gear throughout its life cycle.

Speaking at the pier in Greencastle, Co Donegal, Minister McConalogue commended Irish fishing, aquaculture and coastal communities for their achievements in helping to reduce what he described as “the plastic pollution pervading the marine environment.”

The Minister also highlighted the collective and ongoing work of the sector to better manage gear to prevent it from entering oceans in the first place and their efforts to remove waste from the Marine environment. 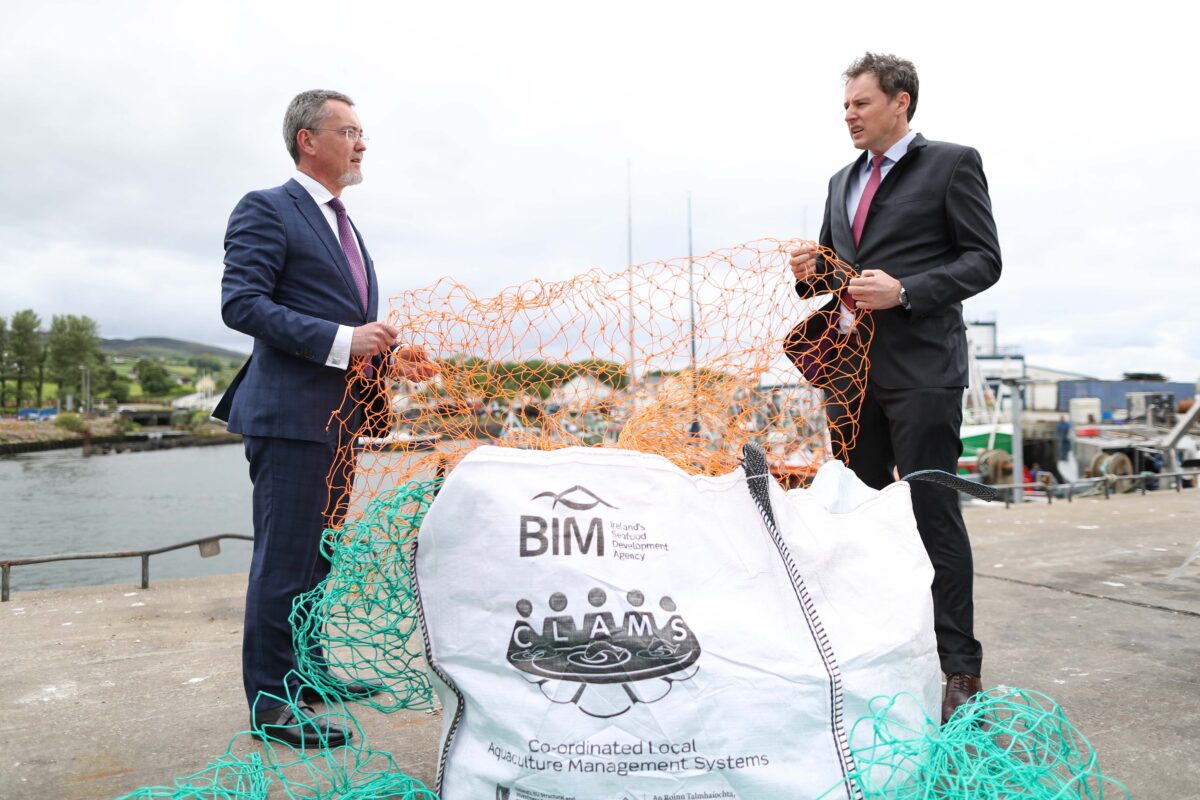 Minister for Agriculture, Food and the Marine, Charlie McConalogue T.D with Jim O’Toole, CEO BIM, at the pier in Greencastle, Co Donegal.

He said: “The Irish seafood sector are a leading example of what can be achieved through collaboration.

“This collective approach is the key ingredient needed to tackle the plastic pollution pervading the marine environment.

“I am ever-impressed by the level of ingenuity being taken by the sector and this new focus to address the problem of marine waste is helping to protect Ireland’s marine environment for future generations.”

The Clean Oceans Initiative is being led by Bord Iascaigh Mhara (BIM), Ireland’s Seafood Development Agency, and supported by the European Maritime and Fisheries Fund (EMFF).

In January 2019, The Department of Agriculture, Food the Marine launched the Clean Oceans Initiative. The first collaborative effort at sea and on land to reduce marine waste to protect Ireland’s marine environment.

By year-end 2019, 244 Irish registered fishing trawlers were registered to the Fishing for Litter programme as part of the Clean Oceans Initiative, committing to collected marine waste when working at sea.

BIM is leading the Initiative and supporting the Irish seafood sector and local coastal communities to work together to ensure waste impacts are minimised and mitigation efforts are developed and recognised.

Involvement in the Clean Oceans Initiative demonstrate the Irish seafood industry’s commitment to sustainability and contributes towards Ireland’s responsibilities under the UN Sustainable Development Goals and the EU plastics strategy.