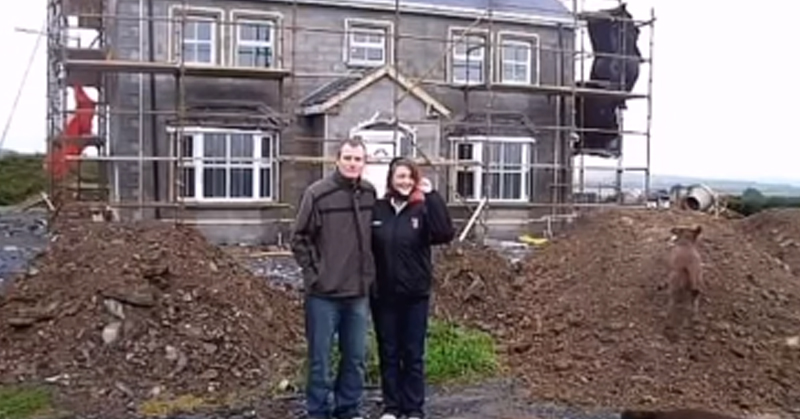 An Inishowen couple has bravely revealed the ugly realities of the ‘Mica monster’ on their dream home.

Donna Holmes McDade and Ian were so proud to have built their forever home in Newtowncunningham in 2006. They moved in the following year, but by 2011, the cracks began to appear.

They desperately tried to cover the cracks, thinking it was the plaster that was to blame.

But by 2019, they came face to face with the reality that their home was built with Mica-defective blocks.

No matter how much painting, re plastering and filling they do, they cannot remedy the situation. The home will have to be rebuilt.

“The house they once found safety and solace in has now become a waking nightmare,” says Coreen Robinson, creator of the MICA The Bigger Picture Project.

“They like thousands need 100% redress from the Minister for Housing who once declared ‘a core principle of the government is that everyone should have access to good quality housing that offers a quality of life’.”

The ‘Bigger Picture’ video series shines a light on the personal stories behind the crumbling homes in Donegal. Thousands of people have viewed the series in recent weeks, while a new pictorial account was released last night ahead of a planned protest of Mica homeowners in Dublin on 15th June.

Mica homeowners are calling for 100% redress towards the cost of refurbishment or reconstruction of their homes. Tuesday’s protest brings their call for parity with Dublin’s pyrite scheme to the capital.

For more information or to submit footage to The Bigger Picture Project 2021, contact: micafreelives@outlook.com