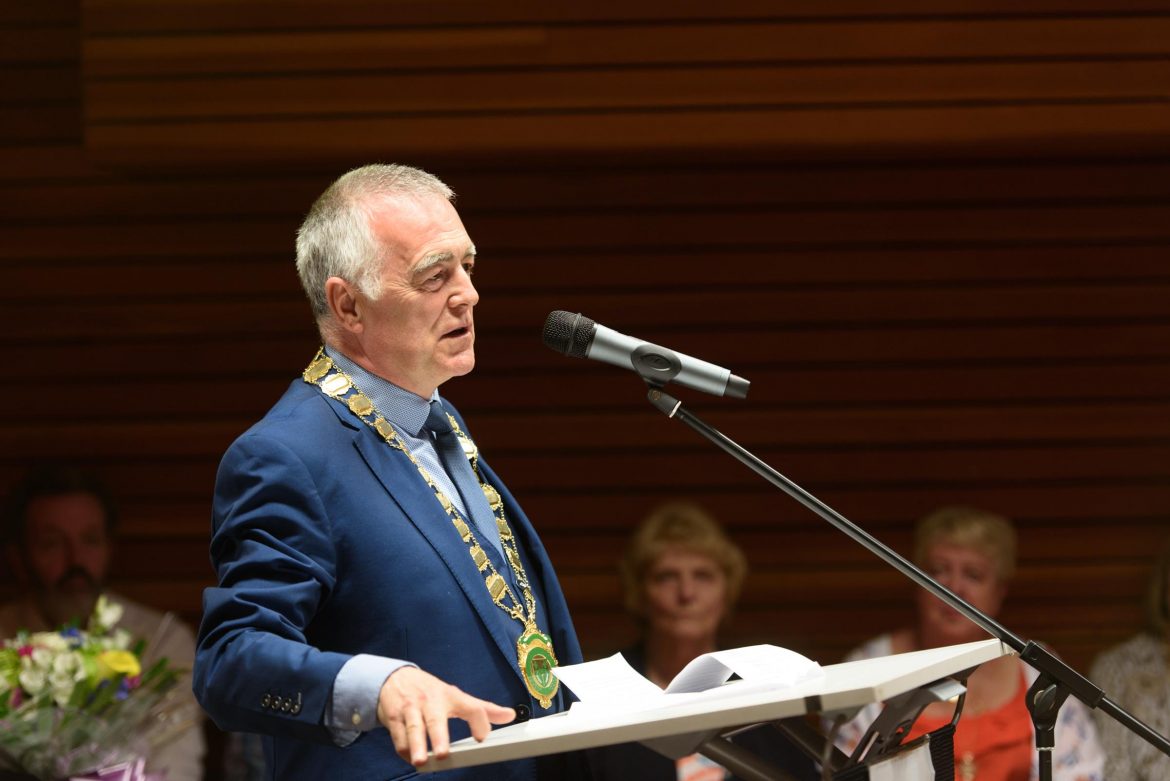 Letterkenny Mayor-elect Kavanagh is ready to do the business

The incoming Mayor of the Letterkenny/Milford Municipal Authority has said his priority for the coming year will be to help businesses get back on their feet and trading again.

Councillor Jimmy Kavanagh will officially be given his chain of office at the Aura Leisure Centre on June 22nd next.

The meeting of the Letterkenny/Milford Municipal Authority will be a pilot as part of a plan to return to normal meetings during Covid.

The well-known father-of-two told Donegal Daily that he was honoured and delighted to be serving as Mayor of the Cathedral Town once again.

“It is a major honour and I am really looking forward to it. I want to first mention the outgoing Mayor Donal Coyle who had a tough year but did so much work without being able to attend public events.

“I have a lot of aims in the year ahead but helping and promoting businesses to get back on track after Covid is my main aim.

“Our business people have been through so much and they deserve all our support so I will be seeing what I can do in that area to support them,” he said.

Among his other “pet’ aims are to further develop and highlight the Newmills Corn and Flax Mills centre and also the Swilly Walk.

“I also made myself a promise that I would push the area of mental health and also the area of active travel such as walking as I believe walking is hugely beneficial to both adults and children,” he said.

The Fine Gael councillor was first elected to Letterkenny Town Council in 2009.

He was elected to Donegal County Council in 2014 and was previously Mayor of Letterkenny Municipal Council from June 2017 to June 2018.

He is also hoping to continue to develop the successful twining of Letterkenny with the German town of Rudolstadt which first began in 2018.

A delegation from the town is due to arrive in Letterkenny in October and Councillor Kavanagh hopes the relationship continues to flourish.

Councillor Gerry McMonagle is set to be Deputy Mayor.

Letterkenny Mayor-elect Kavanagh is ready to do the business was last modified: June 10th, 2021 by Staff Writer
Facebook0Tweet0LinkedIn0Print0