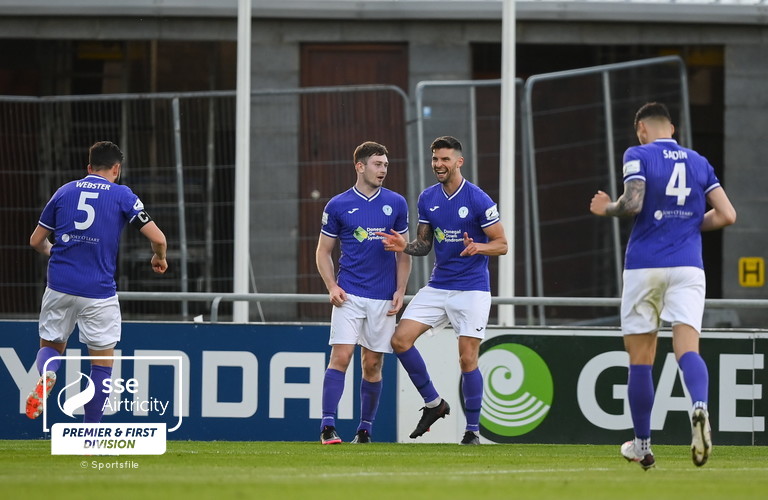 In-form Foley, who has scored some precious goals already in 2021, netted the 55th minute equaliser that earned the Donegal side a share of the spoils in Tallaght.

Harps were being from the ninth minute when Aaron Greene put the champions in front.

However, Harps drew level ten minutes into the second half.

Barry McNamee set Foley free down the right-hand side. With options limited and the angle nigh-on impossible, Foley managed to squeeze through the legs of Rovers ‘keeper Alan Mannus.

Tallaght Stadium welcomed supporters back for the first time post-lockdown.

The game is one of a number of pilot events being trialled with 1,000 supporters allowed into the venue.

Their presence provided a backdrop of noise that has been much-missed across the League of Ireland for the best part of the last year.

Rovers were without Ronan Finn, Dylan Watts, Joey O Brien and Sean Kavanagh, but the Hoops took the lead in the ninth minute.

Kosovar Sadiki gifted possession to Rory Gaffney and he teed Aaron Greene up for the easiest of finishes.

Soon after, Mannus had to be alert to save from Will Seymore’s long-range tester.

At the second attempt, Mannus held on to keep his sheet clean.

However, he was beaten by Foley and, while Rovers laid siege on Harps in the closing chapter, the visitors held firm.

Rovers had a couple of penalty claims waved away, with Sean Gannon booked for simulation. In a frenetic spell, Mark Anthony McGinley denied Rovers with a superb save.