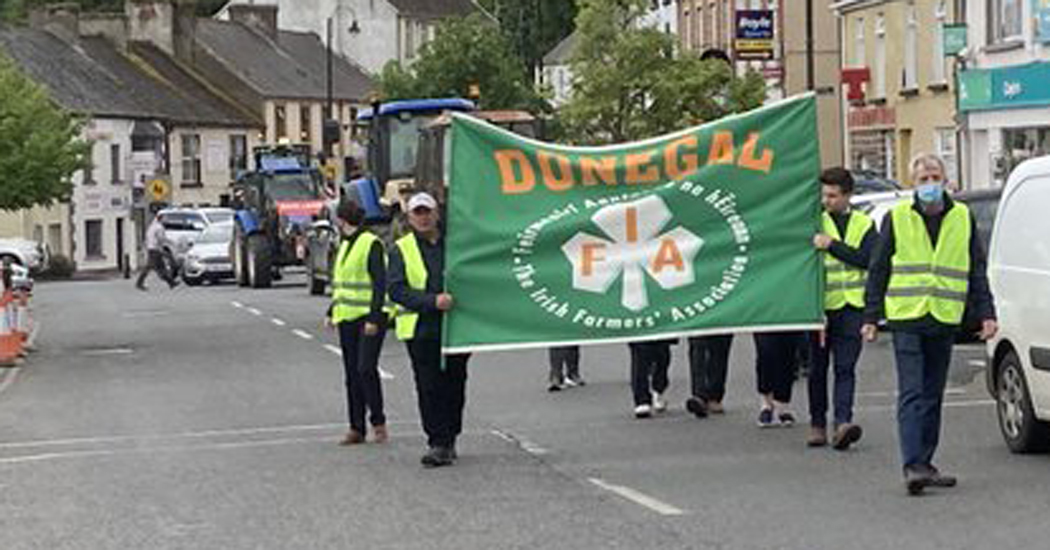 Donegal farmers out in force for IFA protest

Donegal farmers have taken to the streets of Raphoe today for a demonstration rally.

This is the first large scale demonstration by IFA since the pandemic. Farmers will gather in 30 towns across the country to warn against the dangers in the current CAP proposals and the Climate Action Bill.

IFA President Tim Cullinan said, “The farming and food sector employs 300,000 people across the country and contributed €13bn in exports in 2020. Outside of Dublin and the mid-east region, the sector provides between 10% and 14% of employment. This is being forgotten in a rush to sterilise Irish farming.”

“Irish farmers are committed to climate action, but policies and targets are being pursued at EU and national level without any assessment of the economic and social impact they will have on farmers and rural Ireland,” he said.

Farmers are demanding a change in the current direction of the CAP and the “flawed” Climate Action Bill to order to save the sector.

“We want to work with Government on climate action, but there has to be real engagement. Setting targets without any regard for the consequences and any supports won’t work,” Mr Cullinan said.