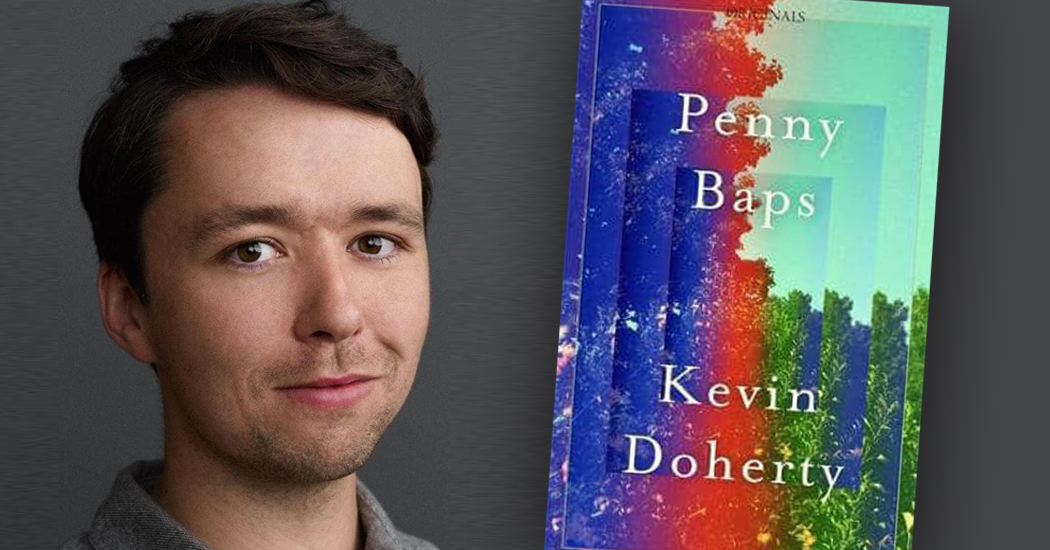 A creative Carndonagh man is celebrating the early success of his debut novel this week.

The novel, set in Inishowen, is already attracting a lot of interest locally. The book has been praised as a beautifully told story about the relationship between brothers.

Local bookshop Doherty’s sold out of copies yesterday morning, but are fortunately all stocked up once more. 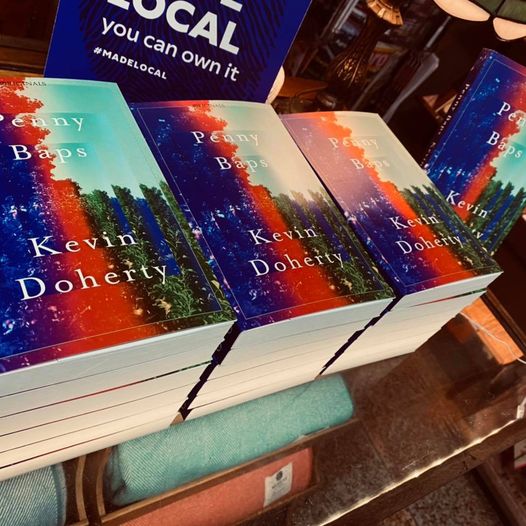 When he’s not writing, Kevin is busy running his shop alongside his brother Diarmaid. Before that he studied Medicine in Belfast.

‘Penny Baps’ tells the story of Cahir and Dan who grew up on Inishowen. It is their last year at home together. When his brother leaves, Cahir will be left behind, but he has plans too.

Cahir plants trees outside the town, on a scrap of ground belonging to their mother. In a world full of badness, he wants to do something good. It is a secret, even from Dan. Dan works full time at the supermarket, content where he is. He has taken a year out before university and is messaging Lydia. If it works out with her, he might stay longer.

But the land doesn’t belong to Cahir or to Dan. It has been sold to Lydia’s brother and when Lydia finds Cahir tending the trees, on ground that isn’t his, things spiral out of Cahir’s control, threatening everything he has worked for.

You can pick up a copy of ‘Penny Baps’ in local stores and supermarkets in Inishowen or online at the links below: