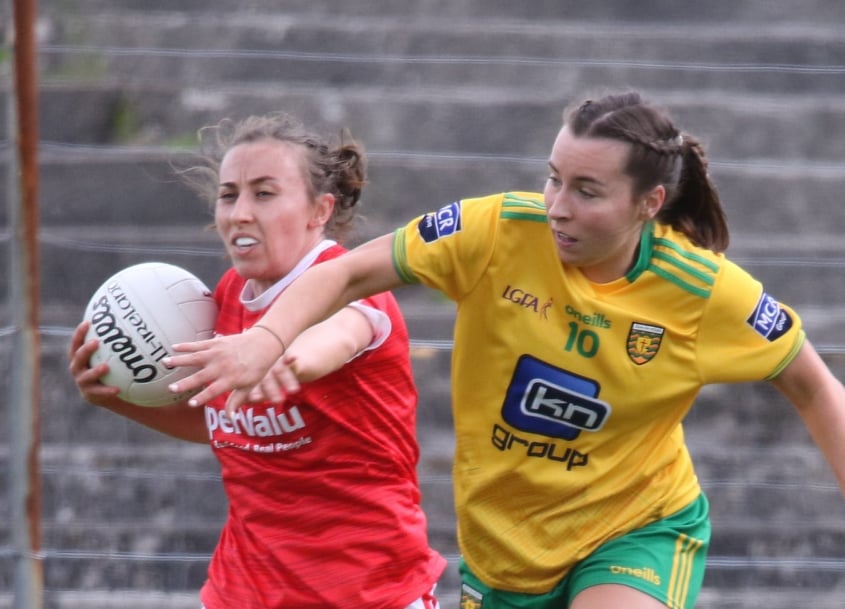 CORK and Donegal delivered a feast of goals at Tuam Stadium as defending champions Cork held on to advance to the Lidl National Football League Division 1 Final after a hard fought win.

Six goals in the first-half saw the sides even at the break, with Donegal much the happier of the two sides having played against the strong wind.

Cork got off to the perfect start and struck for 2-2 in the opening four minutes with Brid and Ciara O’Sullivan shooting to the net.

But Donegal responded in style, with two goals of their own within 30 seconds of each other.

The first arrived from Katy Herron after some good play from Niamh McLaughlin and Karen Guthrie. From the restart Guthrie regained possession and coolly finished past Martina O’Brien, to make it 2-2 to 2-0 with eight minutes played. 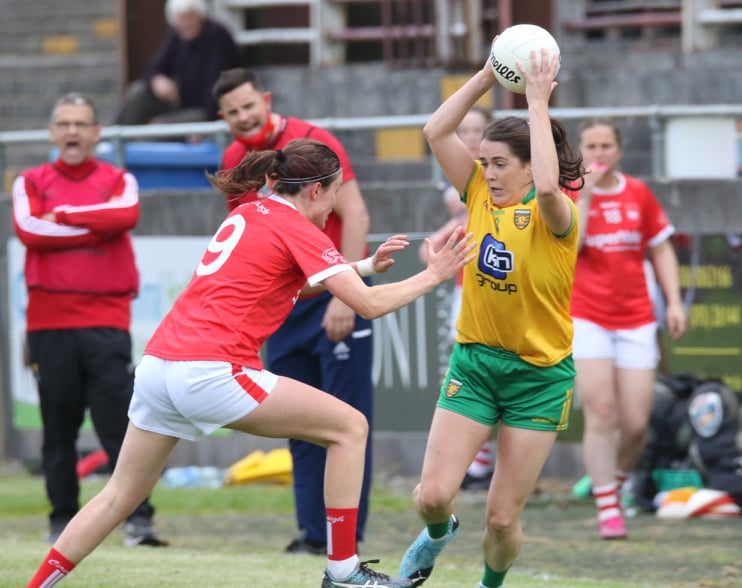 The goals continued to flow with Cork working the ball down the other end, and Maire O’Callaghan applied the finishing touch. Ciara O’Sullivan and Finn added points for Cork, before Donegal got their third goal, with Guthrie scoring her second of the half.

Guthrie got the first score of the second-half with half-time substitute Eimear Scally replying for the Munster side. Geraldine McLaughlin put Donegal back in front, but once more Finn levelled matters at the other end.

With 38 minutes gone Hannah Looney picked up the ball for Cork, played it to Melissa Duggan and her pass was palmed to the net by Finn, which gave Cork a crucial one-goal cushion.

Finn added a point from the restart, with Guthrie raising the white flag at the other end. The fifth Cork goal came just before the water break when Meabh Cahalane intercepted a Donegal pass, played it to Sadhbh O’Leary who burst forward and found Brid O’Sullivan. O’Leary accepted the return pass and she blasted to the back of the net.

Geraldine McLaughlin pulled a point back for Donegal before a double save denied them what looked like a certain goal. First O’Brien denied Niamh McLaughlin and when Guthrie picked up the rebound she looked like finding the net, only to be denied by Roisin Phelan.

Two points from Finn saw Cork lead 5-10 to 3-12 with time running out but Donegal with Kate McClenaghan’s shot narrowly clearing the bar, the full-time whistle was a welcome blast as Cork move on to the final. 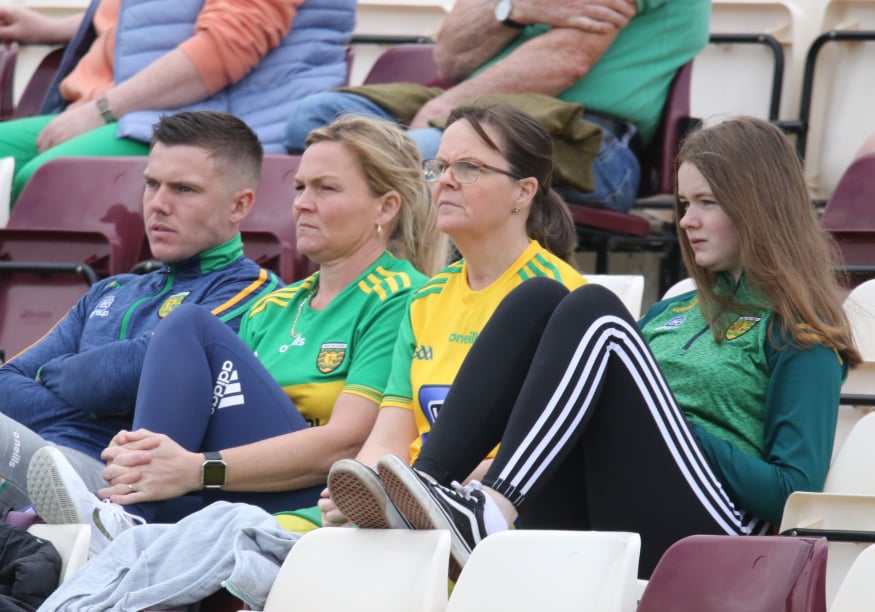 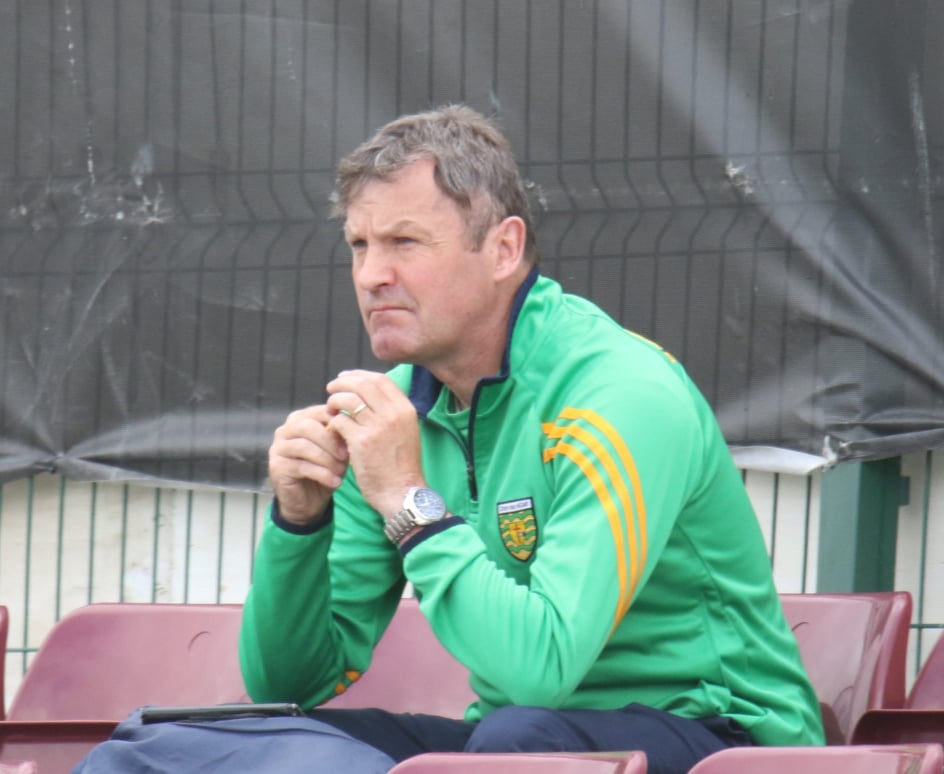