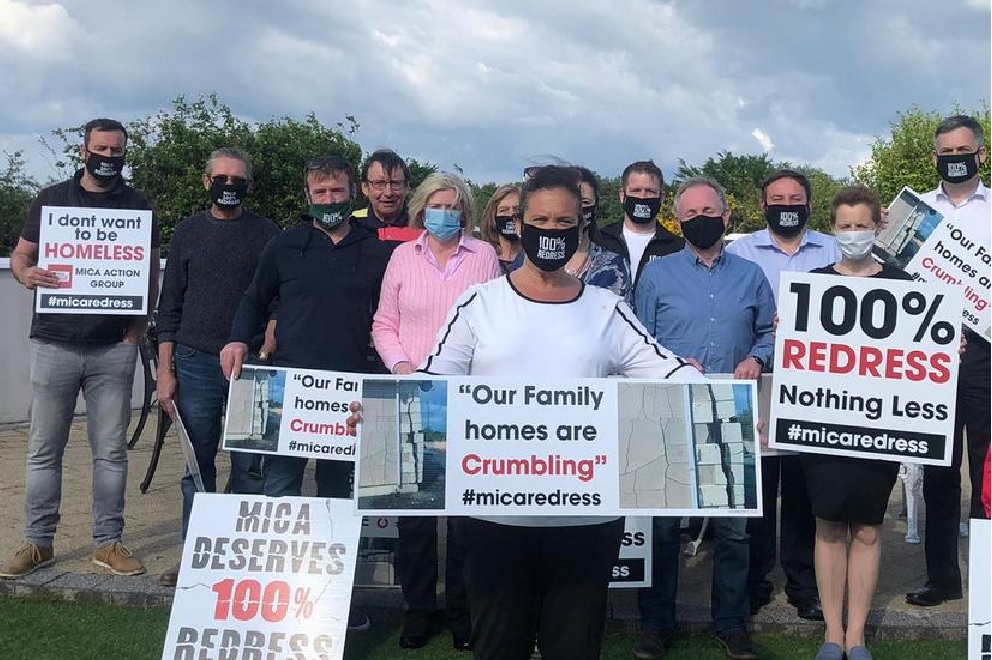 Sinn Féin spokesperson on Housing, Eoin Ó Broin TD, has announced the party will bring a motion to the Dáil to ensure homeowners affected by Mica get 100% redress.

The motion will be debated in the Dáil on Tuesday evening.

Deputy Ó Broin said families whose homes are crumbling around them have been failed.

“The Mica/ Pyrite crisis is a legacy of the light touch regulation and reckless practices of the Celtic Tiger years,” he said.

“Families affected deserve support but instead they have been abandoned by this government. Sinn Féin are bringing forward a motion to the Dáil next week to ensure 100% redress for people affected so that they get the support they need and deserve.

“Our motion also calls on the government to ensure that those responsible for this scandal are held to account and that the industry contributes to the overall costs of fixing this.”

Sinn Féin TD for Donegal, Pádraig Mac Lochlainn, said homeowners  worked hard, saved up for years and bought their homes in good faith, only to find those homes crumbling around them.

“I have been shocked by the stories families have shared with me about the huge stress and pressure this crisis has placed on them. They have been desperately asking for help, but the government has walked away. These families deserve 100% redress and Sinn Féin will stand up for them to ensure they get it.”