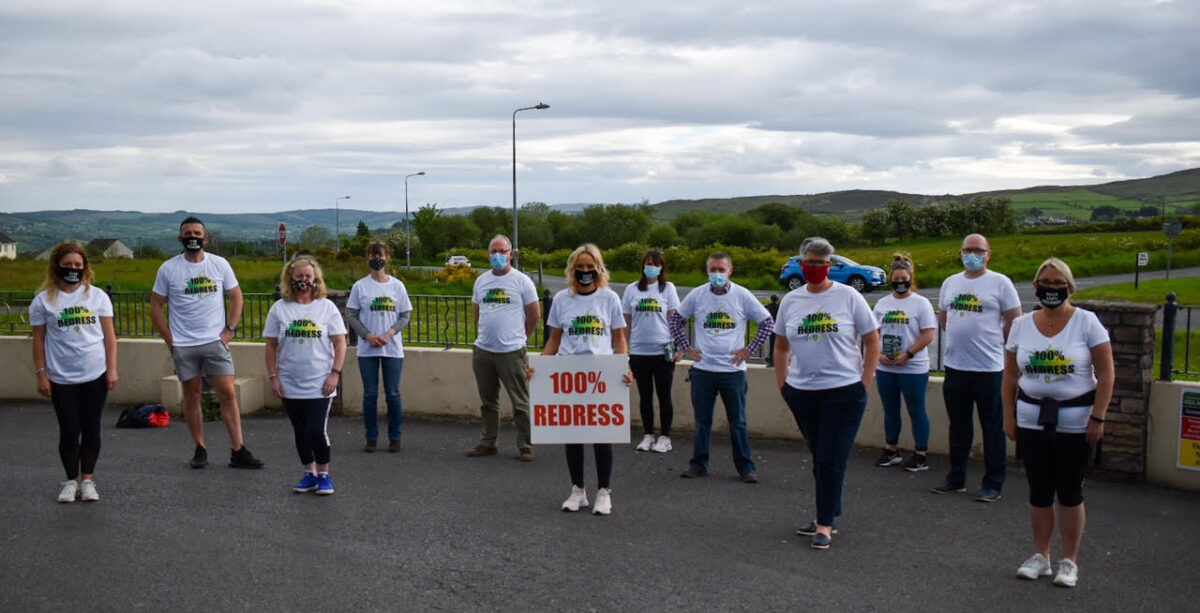 A NEW group for homeowners affected by Mica has been formed in Letterkenny.

Donegal Mica Awareness was established in the last month and members will take part in Tuesday’s protest in Dublin to call for a 100 per cent redress scheme.

Donegal Mica Awareness say they are working alongside the 100 Redress No Less group.

“People who felt alone with this for so long are now united,” spokesperson Chris Duddy said.

“So many people have come forward and feel more empowered in the knowledge that they are no longer on their own. People locally have came together as one.

“We are only a newly formed group working alongside 100 redress/no less, but the momentum and awareness in Letterkenny and surrounding in only four weeks has been amazing.

“We have done so much in a fortnight to create awareness around Letterkenny and surrounding areas, but need one final push to ask for a united and peaceful march on the 15th.”

Thousands of Donegal families have been affected by the MICA scandal which has seen houses literally crumble because of faulty building blocks.

Last month, over 10,000 people marched at demonstrations in Letterkenny and Buncrana to demand a 100 per cent redress scheme.

This Tuesday, thousands will take to the streets of the capital.

Organisers are appealing for protesters to ensure that the gathering is peaceful.

Duddy said: “We ask you all now to unite as a county to end this mica anguish that many of us have endured for way too long.

“We in the group ask that this be a peaceful protest that resists any anti social behaviour. Also that we adhere as much as humanly possible to Covid 19 guidelines, and try to remain socially distanced.

“We ask that you wear masks.  We also ask that we leave Dublin the way we found it, and take all litter etc home with you, or dispose of it appropriately.”