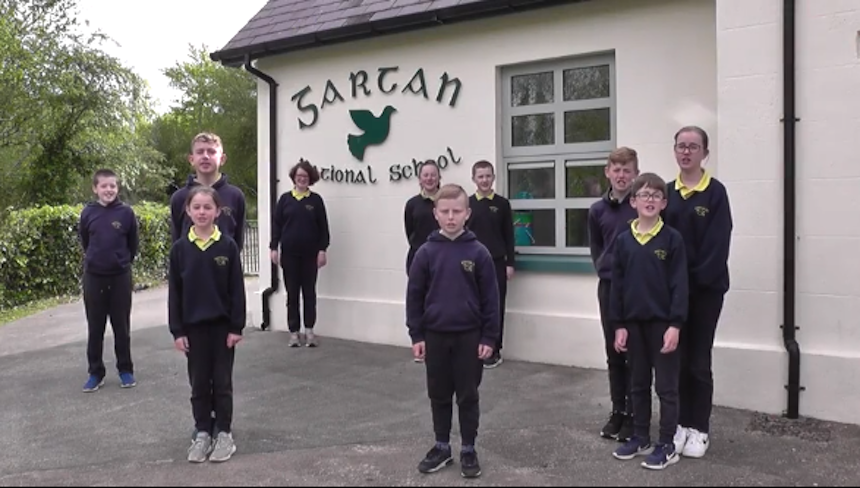 Watch: Gartan NS’s superb film on the life of Colmcille

CHILDREN at Gartan National School have created a new film about the life of Colmcille.

Over the last few weeks, the children have been busy working on the project.

The film, Colmcille: Child of Gartan, was made as part of the Colmcille 1500 celebrations.

Tradition holds that Colmcille was born near Gartan and the Colmcille 1500 celebrations were launched on December 7 last, 1500 years from the traditional birthday of Colmcille.

Filming and production was done by Brenda Kelly with Paul Harrigan looking after the music production. The staff at The Glebe Gallery were also thanked for their input.

The school said: “We wish to express our sincere gratitude to Cruinniú na nÓg, Creative Ireland and Donegal County Council for giving us the opportunity to express and showcase our creativity.

“We are honoured to be part of the Colmcille 1500 celebrations and to be enabled to celebrate Colmcille’s life in this special way.”