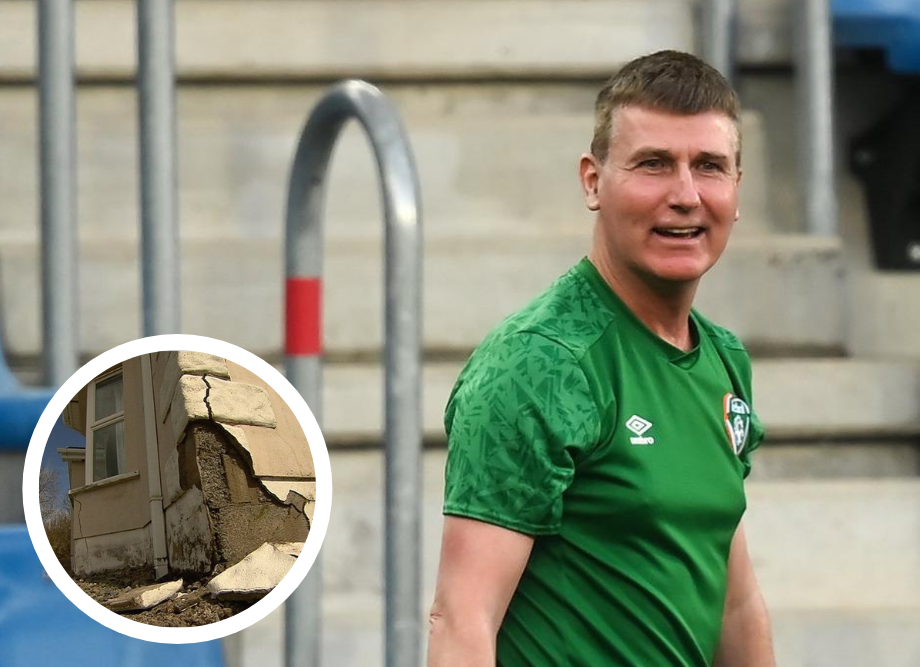 REPUBLIC of Ireland soccer manager Stephen Kenny has lent his voice to support the call for a 100 per cent mica redress scheme.

Kenny, who lived for a number of years in Fahan while he was managing Derry City and Dundalk, says he is well aware of the heartache being felt by thousands of families.

Thousands of Donegal people will take to Dublin tomorrow for a protest calling for the introduction of a 100 per cent redress scheme.

“I’d like to lend my support to all of the families affected by Mica; the families in Donegal, in Mayo and on the west coast,” Kenny said in a video posted by Mica campaigner and co-founder of ‘100& Redress No Less’.

“I lived in Donegal for many years and I’ve seen first hand families being so distressed because their houses are literarily disintegrating before their eyes.

“They’re unsure if they can live in their homes – where will they live? They can never sell their homes.

Its a huge number of houses.”

Fair play. He knows this is wrong and is lending his voice to our cause

I can't thank Donna Holmes McDaid enough for arranging this

Last month, over 10,000 people turned out at demonstrations in Bucnrana and Letterkenny.

Thousands of families have been affected by the MICA scandal which has seen houses literally crumble because of faulty building blocks.

Kenny said: “it’s so stressful for them. They have put themselves out there, families getting substantial mortgages, trying to do the right thing with very little redress.

“We really hope solution can be found, a fair and equitable solution, for all of the families. They’re hard working people and they deserve a fair solution.”