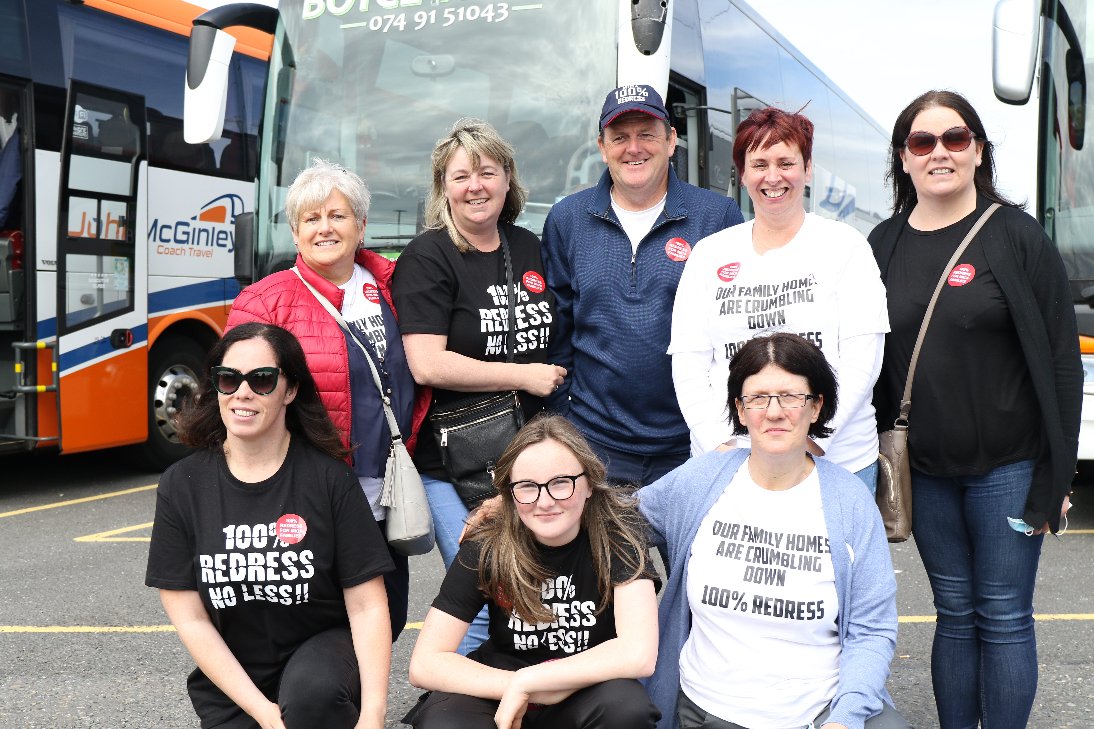 RACHEL Quinton is getting a trip to Dublin for her 13th birthday – but not the journey she might have envisaged.

Rachel is among the several thousand from Donegal who will be at a protest calling for a 100 per cent mica redress scheme this afternoon.

Rachel bears a t-shirt demanding: ’100 per cent redress, no less!!’ and accompanied by family members.

Her godmother, Celia Kearns, also from Burnfoot, is one of the thousands of homeowners affected by mica.

“At the minute the house is liveable – just at the minute,” Celia told Donegal Daily.

“There are cracks just coming down the walls.”

Rachel’s mum, Louise Hegarty, said: “We’re here to support all the people affected. We all know family, friends and neighbours who  are suffering because of this.”

The Devlin family home in Clonmany ‘won’t survive the next winter’, says a devastated Kevin Devlin.

Along with his family, Kevin boarded a bus this morning to demand a fair scheme that will enable their home to remain. 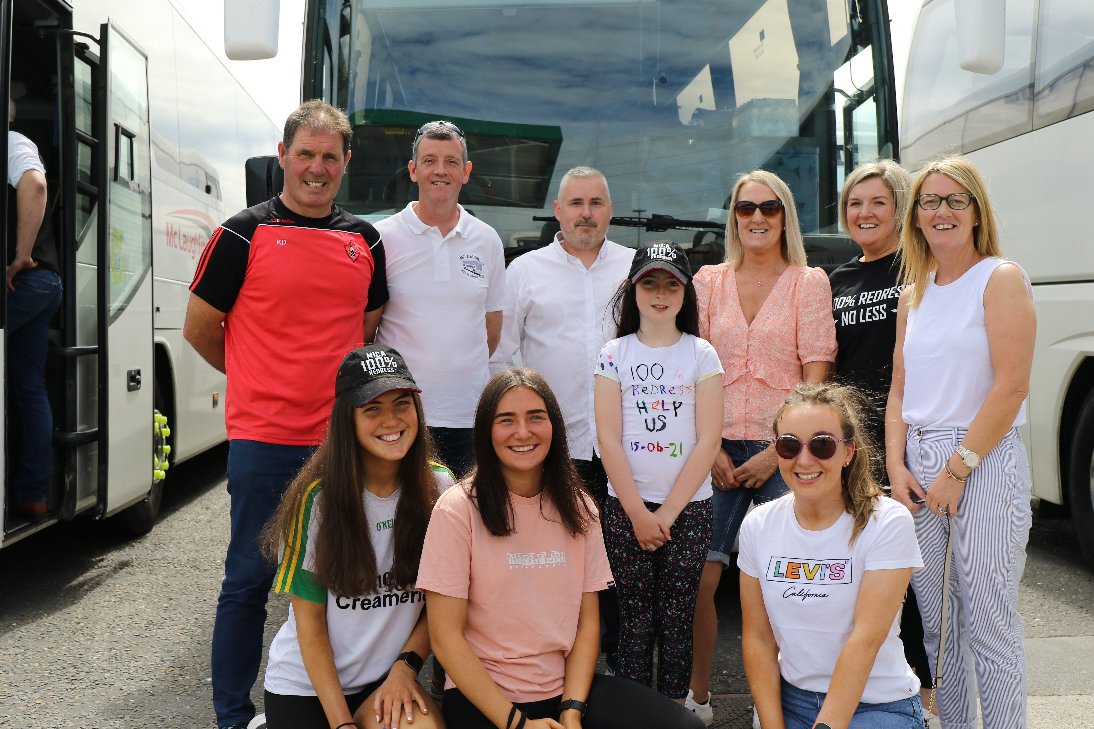 “We are living in it at the moment and, while it isn’t as bad as some others, there are two of the walls that are on their last legs.”

Time was, he says, when the subject of Mica was one of embarrassment for children, such as his own four teenagers.

“It’s just a part of normal conversation now,” he said.

“It’s sort of like: ‘How bad is your house?’ It’s all the kids are talking about.It’s the mental side of it like that that is going unseen by a lot of people.”

“It’s all the kids talk about: ‘How bad is your house?’” was last modified: June 15th, 2021 by Chris McNulty
FacebookTweetLinkedInPrint
Tags:
BurnfootclonmanyMICAMica protestMica Redress Scheme