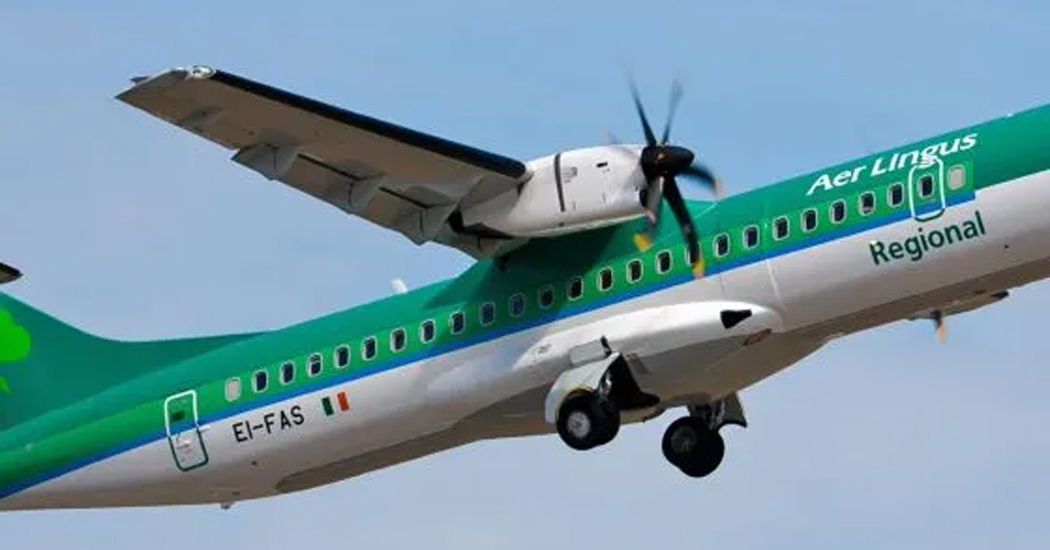 Air connectivity ‘must be restored immediately’ to Donegal

Questions are being raised over the government’s lack of forward thinking on issues with regional air services.

Deputy Pringle secured a topical issue debate in the Dáil Tuesday night to discuss the implications of the Stobart Air liquidation on Donegal’s regional airport connectivity and viability.

Deputy Pringle said: “As you know, Stobart Air has ceased trading as of the weekend. Stobart Air was the operator of the Public Service Obligation for Dublin-Kerry and Dublin-Donegal for Aer Lingus.

“Aer Lingus has stepped in to make sure that the international routes are filled and we now hear that an Estonian airline has taken the Kerry route, but has left Donegal behind.

“I think it has to be asked how the department was not aware of a potential problem.”

He said many people are now left without a service, and he was aware that people were also using Donegal Airport for connecting flights for work in England.

Deputy Pringle said: “But perhaps the most difficult of all are the cancer patients who depend on these flights for their treatment in Dublin. The local cancer care committee had eight patients booked for flights this week. They are now personally going to travel with patients to make sure they get their treatment and are not left alone.

“If only our government had that kind of commitment for our citizens we would not gotten to this situation in the first place, but I think it’s vital that you address this now and get a new operator into Donegal Airport,” the deputy said.

Minister Hildegarde Naughton said in her response that “the market has already moved to fill some of the lost routes,” and said the Government is launching an emergency procurement process to restore service on the Dublin to Donegal and Kerry routes.

Deputy Pringle welcomed the news of the emergency procurement, and the minister’s confirmation that the Government will launch a procurement process for a maximum of four years for the continued provision of the services.

However, he said, “The minister notes that the market has already moved to fill some of the lost routes, and if that’s what we’re depending on we’re in bother.”

Deputy Pringle said: “The lack of forward thinking and coherent strategies of Government is unbelievable. The Department knew that regional airports were in trouble with reduced passenger numbers but also that they remain vitally important for connectivity.

“But nothing was done, talks with replacement airlines were not accelerated and contingency plans were not put in place to ensure that there would be no break in service,” he said.

Deputy Pringle said that particularly given the lack of rail service and limited bus service to Donegal, “connectivity for Donegal is needed for work, tourism and medical appointments. It is a vital piece of infrastructure and is now sitting fully equipped but unused.”