Independent TD Thomas Pringle has slammed the government for ignoring calls for mica-affected homeowners until the issue reached the national media.

Speaking in support of the Sinn Féin motion calling for 100 per cent redress for mica-affected homes, Deputy Pringle said Tuesday evening: “It has been a great day for the campaigners from Donegal and the North West.  A huge turnout and support for the earlier rally in Dublin; discussions during Leaders’ Questions and now this motion tonight.

“But, I suppose, the reality is that we shouldn’t be here. We shouldn’t have had to force buses full of people to travel down to the Oireachtas to be heard; we shouldn’t have families sharing their terror and trauma to watch their homes crumbling around them; and we shouldn’t have years of government disinterest and disrespect for homeowners in the north west.” 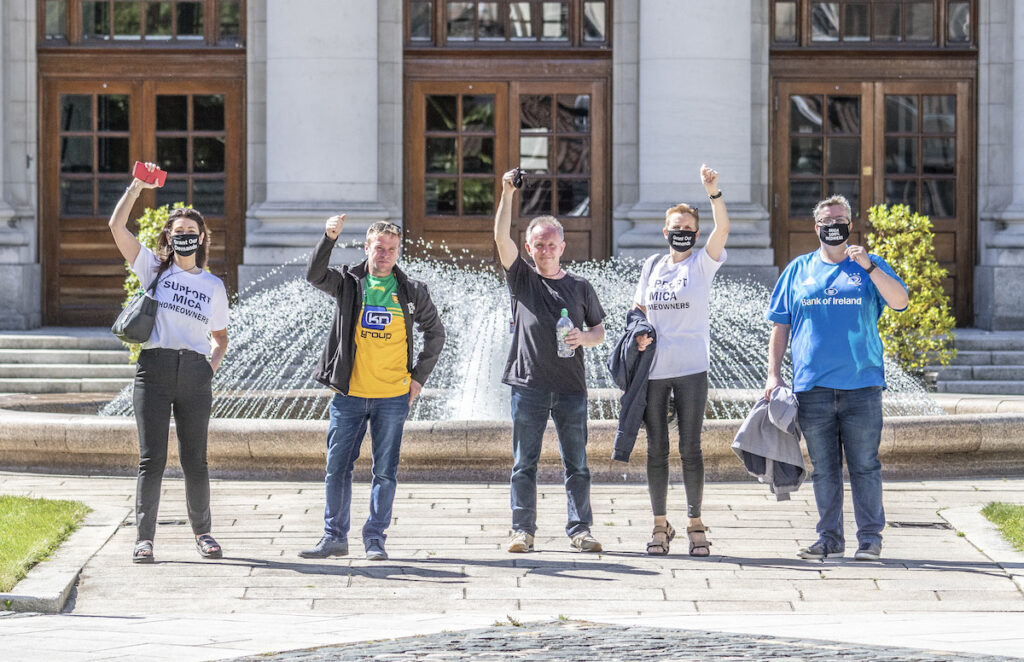 He said: “People should have been able to trust that the government would provide an appropriate 100 per cent redress scheme as per the precedent set in Leinster with the pyrite scandal.”

However, he said, Government doesn’t listen until there is national outcry.

Deputy Pringle said: “You won’t take action until affected voices get the ear of national media. You won’t be shocked and angry until media outlets ask for quotes while you are milking photo ops.

The deputy said the issue is not a new one.

Deputy Pringle said: “This hasn’t dropped out of the sky and happened overnight. Families affected have been raising the matter for years – gathering their own evidence, analysis and testing and becoming experts on mica and defective blocks. People affected are expected to continue paying their mortgages while also having to pay rent while their homes may have to be completely demolished and rebuilt.

“It is a national scandal. I’m delighted to see the country behind us in Donegal and our neighbours in the northwest,” he said.

The deputy noted that when he questioned the Taoiseach earlier on Tuesday during Leaders’ Questions, the Taoiseach said mica had not been highlighted in election manifestos.

The deputy said: “That was all there.”

Deputy Pringle said: “It’s important that those responsible are held to account, but not at the cost of homeowners.”