A Donegal-born nun has passed away in the United States where she had ministered for 65 years.

Born in Carrowbeg, a small village close to Carrowmenagh, Sr Regina [Sarah] had been the last surviving of eight children born to the late John and Sarah Lafferty.

The Lafferty family owned an off-licence, bar and a grocery shop. They also had petrol pumps in the 1950s. They had a warehouse and operated a lorry from 1947 to sell groceries across east Inishowen and as far as Glengad.

Sr Regina went to school in Thornhill College, Derry after attending Carrowmenagh School and later became a school teacher and principal in the US, where she was a member of the Daughters of Our Lady of the Sacred Heart [FDNSC]. 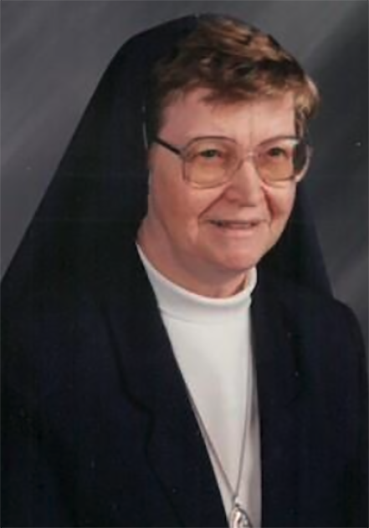 She taught in a number of schools down through the years, including St. Francis de Sales School in Barrington, NJ, Transfiguration School, Collingwood, NJ, Connellsville, Pennsylvania, Cheltenham, PA and Our Lady of Peace, Alabama.

Her late brother, Charlie, had established Lafferty’s shop in Glengad and Sr Regina often travelled home to Inishowen, staying with relatives across the peninsula and further afield, including down in Limerick.

She had a kind and caring disposition and loved her visits to Inishowen every summer, until she stopped coming due to ill-health a number of years ago.

Sr Regina enjoyed going for walks and savoured the nature all around her in Inishowen. She loved to help people and particularly enjoyed imparting her wisdom to children.

An obituary in New Jersey’s ‘Courier-Post’ newspaper last week described her as someone who had a “special calling to minister to the poor, the elderly and the sick of the parishes in which she served.”

A Mass was also held at St Pius X Church in Moville in her memory over the weekend.