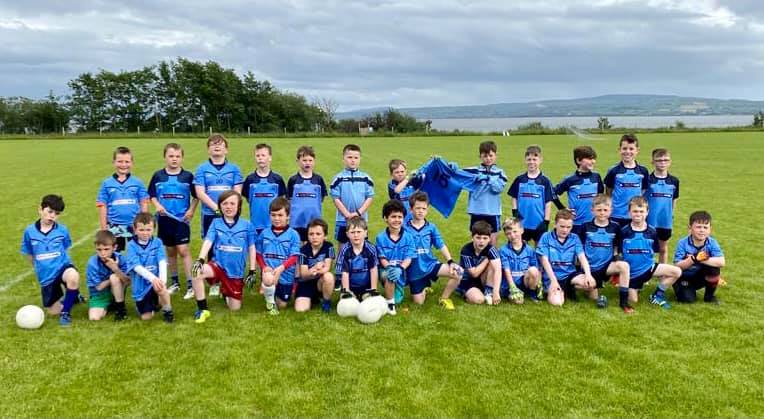 Members of a young Inishowen GAA team have remembered their late team-mate after they played their first game without him.

Moville Under 9s held the jersey of little Donncha O’Hare with pride last weekend as they made the short trip away to play Muff.

Little Donncha was only 8 when he passed away last October.

The son of Sean and Aoife OHare, always smiling Donncha had previously received a kidney from his loving father.

A club spokesperson posted a note on Moville GAA Club’s website and a picture of the team proudly holding the jersey up in honour of their late friend.

“It was their first match without Donncha, their no. 15 of the last few seasons, and they were determined to remember him before throw in with Jack and Callum holding the shirt aloft for the team photo.

“Both teams had great games, putting their skills into practice and enjoying their first games in what felt like forever to the players.”