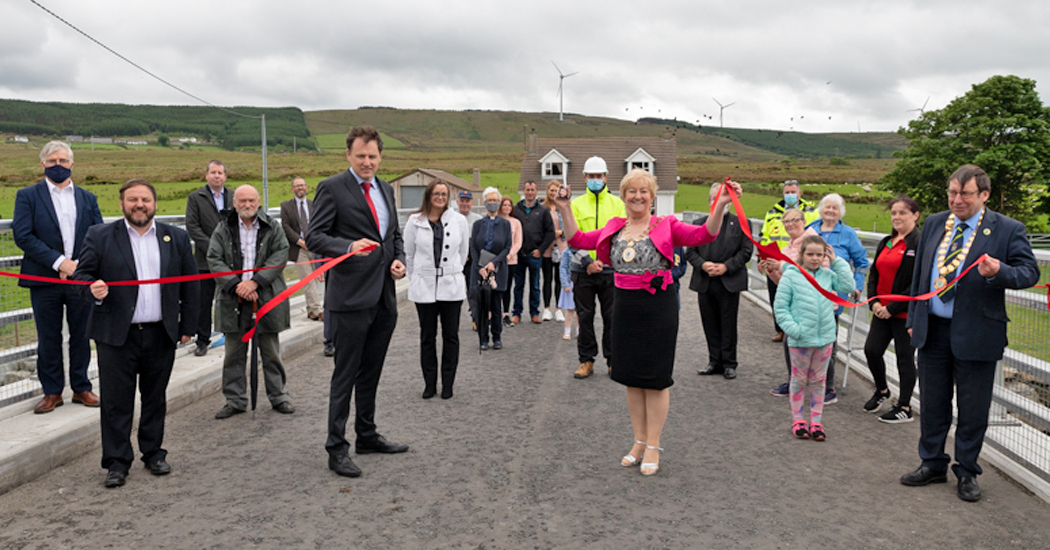 A new flood-proof bridge has been officially opened at Meenamulligan, four years on from the flash floods which devastated Inishowen in 2017.

During the torrential flooding in Inishowen in August 2017, the former Meenamulligan Bridge was destroyed and the local community isolated.

Donegal County Council’s Inishowen Municipal District Roads team installed a temporary structure to facilitate local access and the construction of a replacement bridge.  The temporary works and final replacement structure were delivered thanks to the engagement and co-operation of Messers Seamus and Phillip Devlin and their families and the provision of necessary lands by them to enable the works to be undertaken. 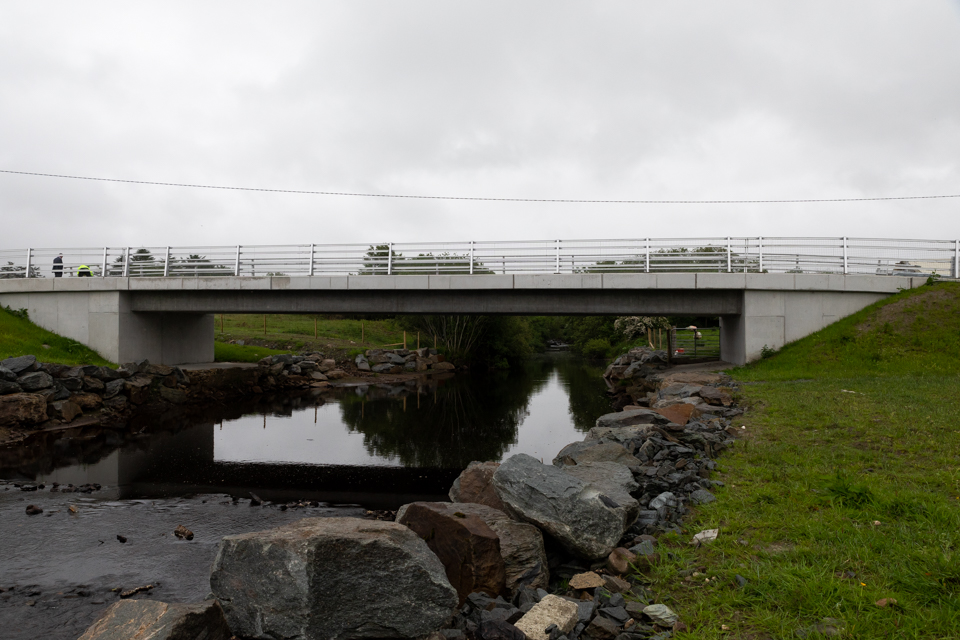 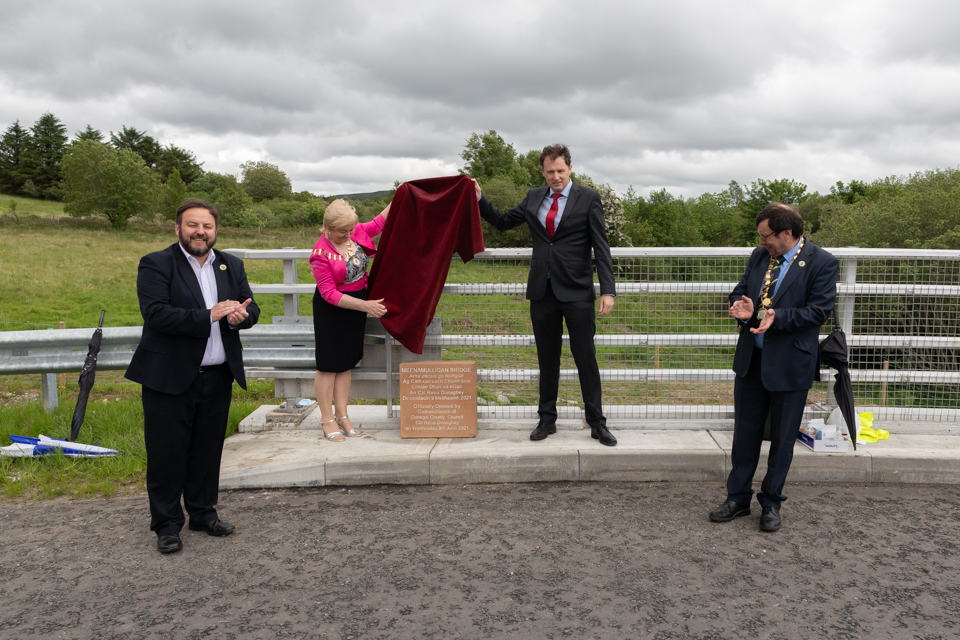 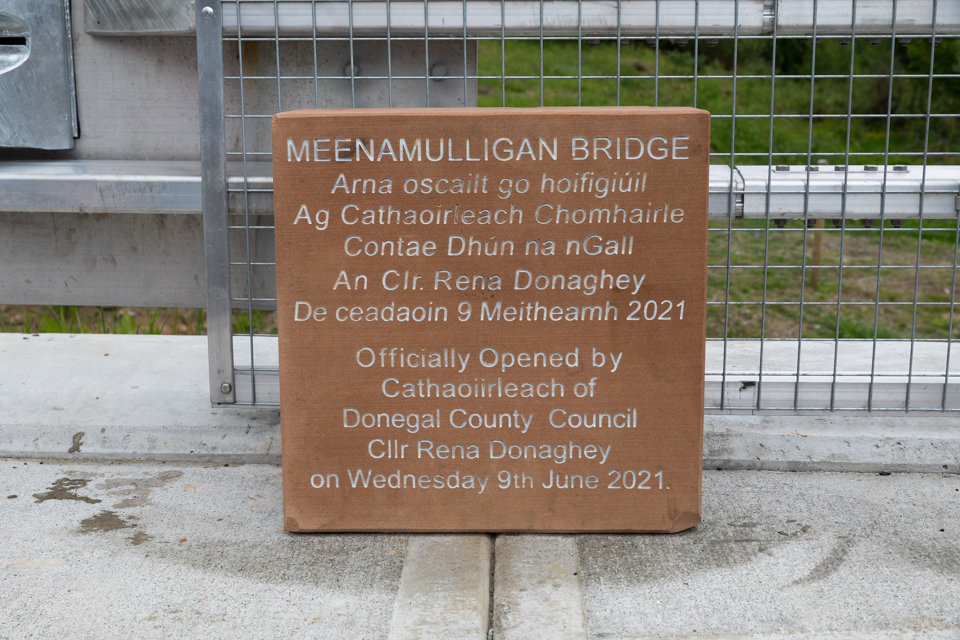 Donegal County Council secured emergency funding from Government, and acknowledge the significant support of the then Minister Joe McHugh TD and the assistance of the Department of Transport, which enabled the Roads & Transportation Directorate’s Bridges Team to procure the services of Consultant Engineer, Roughan and O’Donovan to design a replacement structure and progress same through environmental assessments and planning procedures.  The bridge has been designed to withstand a 1 in 100 year flood to avoid a recurrence of the damage that was caused in 2017.

The works were subsequently tendered and BAM Civil Engineering was awarded the construction contract.  The new bridge is built to modern design standards, has a 125 year design life, is a 7.1m wide bridge supported by a 24.3m single span concrete structure across the Crana River.  It replaces the previous two span structure and so will bring added benefits to the local ecology.  The assistance and co-operation of Brendan Maguire and the Inland Fisheries Ireland team throughout the project was instrumental to the successful delivery of the new bridge, which will serve the Meenamulligan community for future generations to come.

Brendan O’Donnell, Director of Services, officiated the proceedings and in addition to the aforementioned, Mr John McLaughlin, CEO of Donegal County Council also added his compliments and thanks to all those involved in the delivery of the project while Rev Canon Judi McGaffin and Fr Francis Bradley PP gave a blessing. 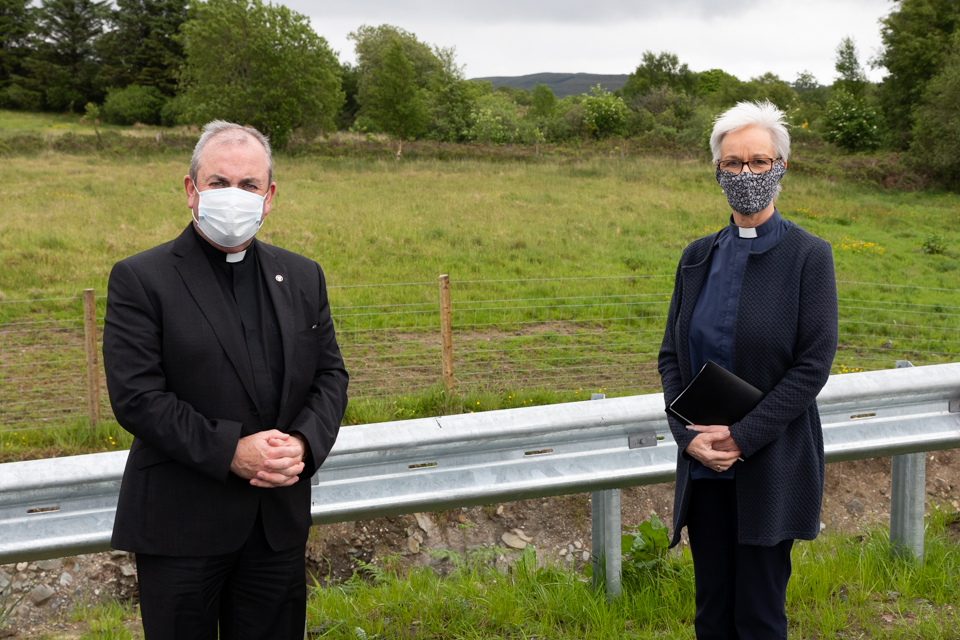 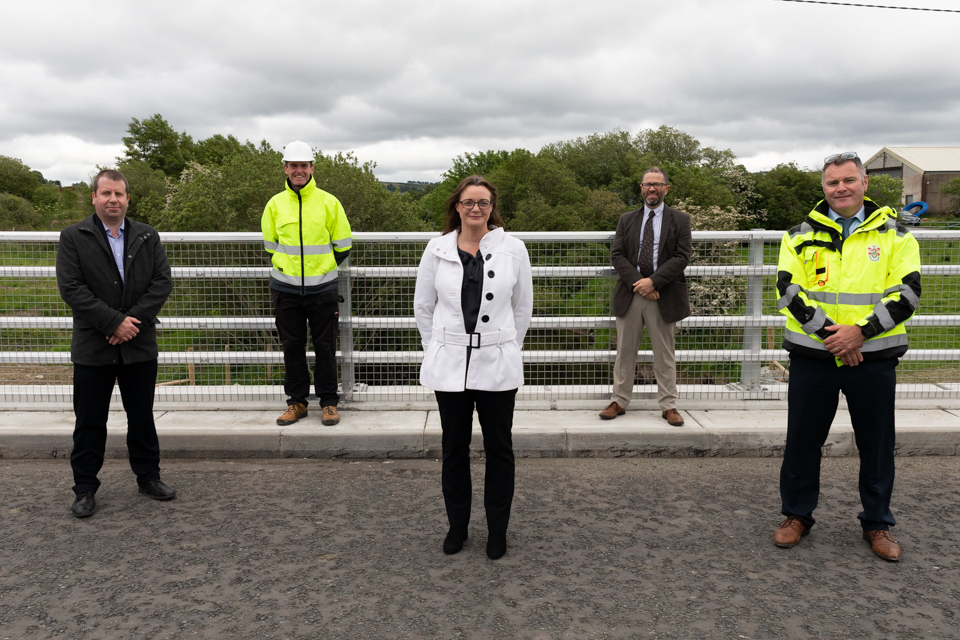