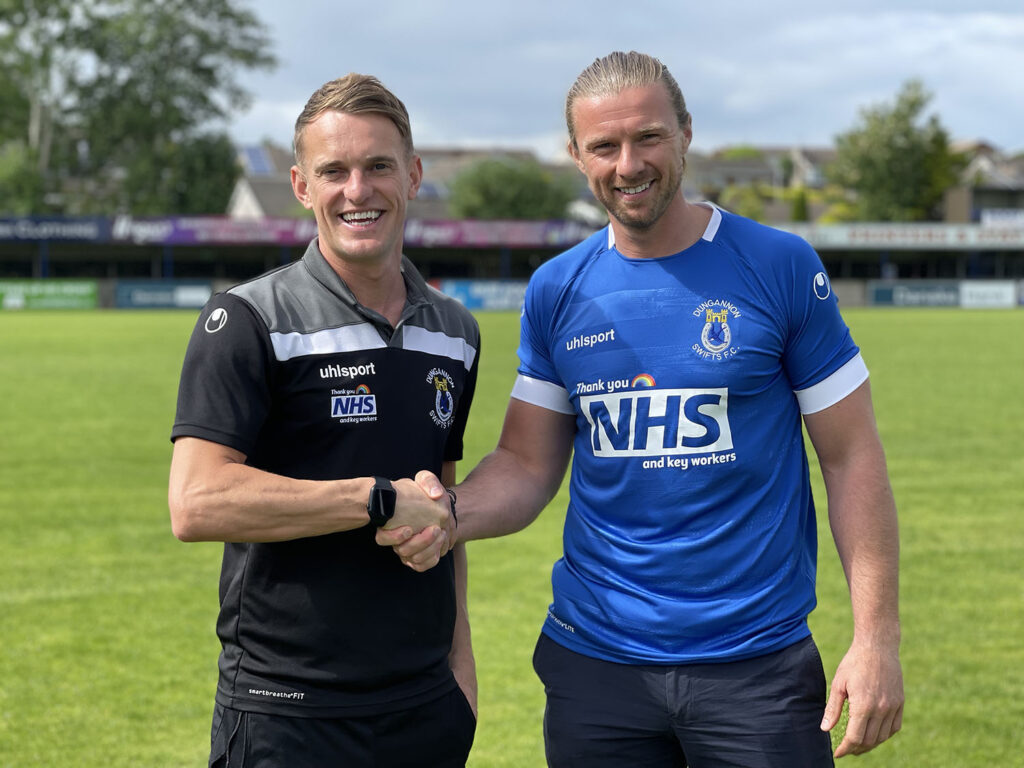 ‘All about the collective’ as Keith Cowan signs for Dungannon Swifts

KEITH Cowan wants to help the power of the collective at Dungannon Swifts after signing at Stangmore Park.

Cowan has signed a one-year deal at Dungannon having recently left Glentoran.

The 35-year-old Ramelton man has been snapped up by Swifts manager Dean Shiels.

“It feels great to have signed for the Swifts,” Cowan said.

“I want to try and push on up the table. I think last year was a bit false in terms of how Dungannon finished up the table.

“I think it’s trying to give something for the fans to smile about and make them proud of the club. Being a threat to a couple of big teams in the league I think is a fair enough aim for the season.”

Cowan recently confirmed his exit from the Oval, having joined in November 2019.

Cowan won the Irish Cup in 2020 and signed a new contract with the club in August.

The 35-year-old also featured for the Glens in the Europa League, in games against HB Torshavn and Motherwell.

Cowan said: “I’m very excited. I’ve spoken to Dean quite a few times and I’m excited about what he’s trying to do here. I enjoyed my time at Glentoran but I got frustrated massively about lack of minutes and game time.

“I know they had a big squad and it was hard to break through, maybe not being full time was part of that. That’s all very much in the past now as I’m looking forward to getting started with Dungannon.”

Cowan played 241 times for Finn Harps before moving to the Irish League side after the 2019 season.

Shiels said: “Keith’s a leader, he’s going to bring leadership qualities that we have lacked. He’s a winner, he’s had a great career. He’s hungry to come here and do well.

“He will give us something that we lacked badly last year, he’s aggressive in both boxes, he wants to defend. I’m delighted to get him.”

‘All about the collective’ as Keith Cowan signs for Dungannon Swifts was last modified: June 19th, 2021 by Chris McNulty
Facebook0Tweet0LinkedIn0Print0