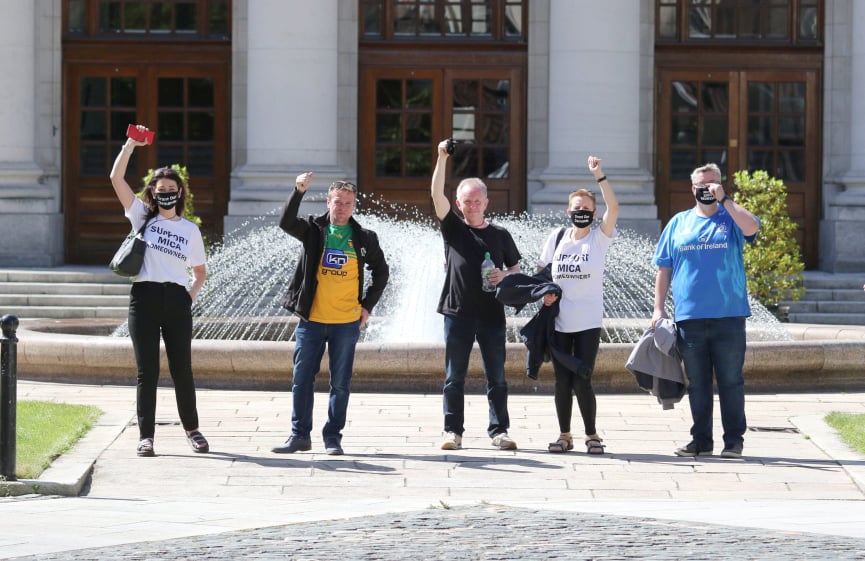 Three Mica campaigners from Donegal will act as a voice for homeowners on the government’s new defective blocks working group.

The representatives were chosen from the Mica Action Group, as requested by Housing Minister Darragh O’Brien TD.

“We are committed to negotiating the best scheme for all mica affected families in Donegal,” the group said.

Minister O’Brien called for the swift establishment of the working group following the major protest of Mica homeowners and supporters in Dublin on Tuesday.

The working group will see the Department of Housing, Mica Action Group representatives and local authorities collaborating on solutions to the major issues with the redress scheme.

“This will not be a talking shop,” Minister O’Brien said on Tuesday after meeting the MAG committee.

“People who bought or built a house in good faith are in a horrific situation through absolutely no fault of their own. I want a scheme that works and which provides a pathway out of this scourge.”

A time-bound of July 31st has been set for the group to report to Cabinet with potential actions.