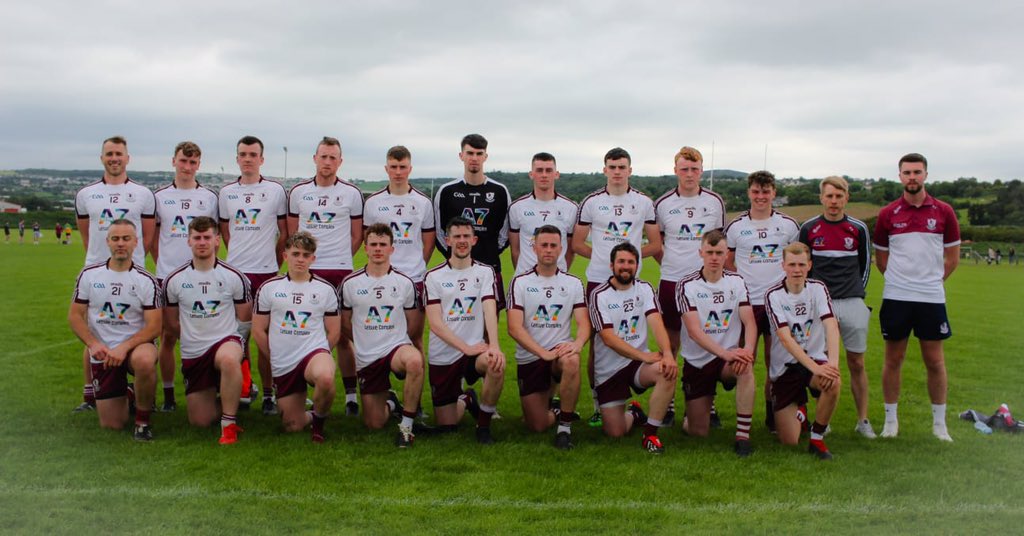 MOVILLE kicked three points in the last five minutes to earn a draw in this entertaining encounter in Carrick Field on Saturday evening past in the second game of the Yes Chef Catering Division Three League.

Cormac Cannon opened the scoring for the visitors before Ciaran Diver responded to level for the seasiders.

Cannon converted another for the Gaels before Declan Diver finished a good move to the net for a vital score.

Midfielder Pauric Skelly and Ciaran Diver increased the home side advantage before Ryan Graham(Free) Cannon and Sean McDonagh reduced the deficit to the minimum. Michael Barr and the influential Malachy McDermott pointed before referee Trevor Maloney called for the break.

The Glebe men hit back in the second half with a point from Cannon before substitution, Conor Cullen, finished to the net.

Graham converted a 45’ on 10 minutes before McDermott pointed for Moville to leave the Gaels with a one point advantage. Kevin Langan 13th minute and Diarmuid O’Cathail 21st minute increased the visitors advantage.

Ciaran Diver (2) and McDermott levelled matters for Moville before the final whistle.