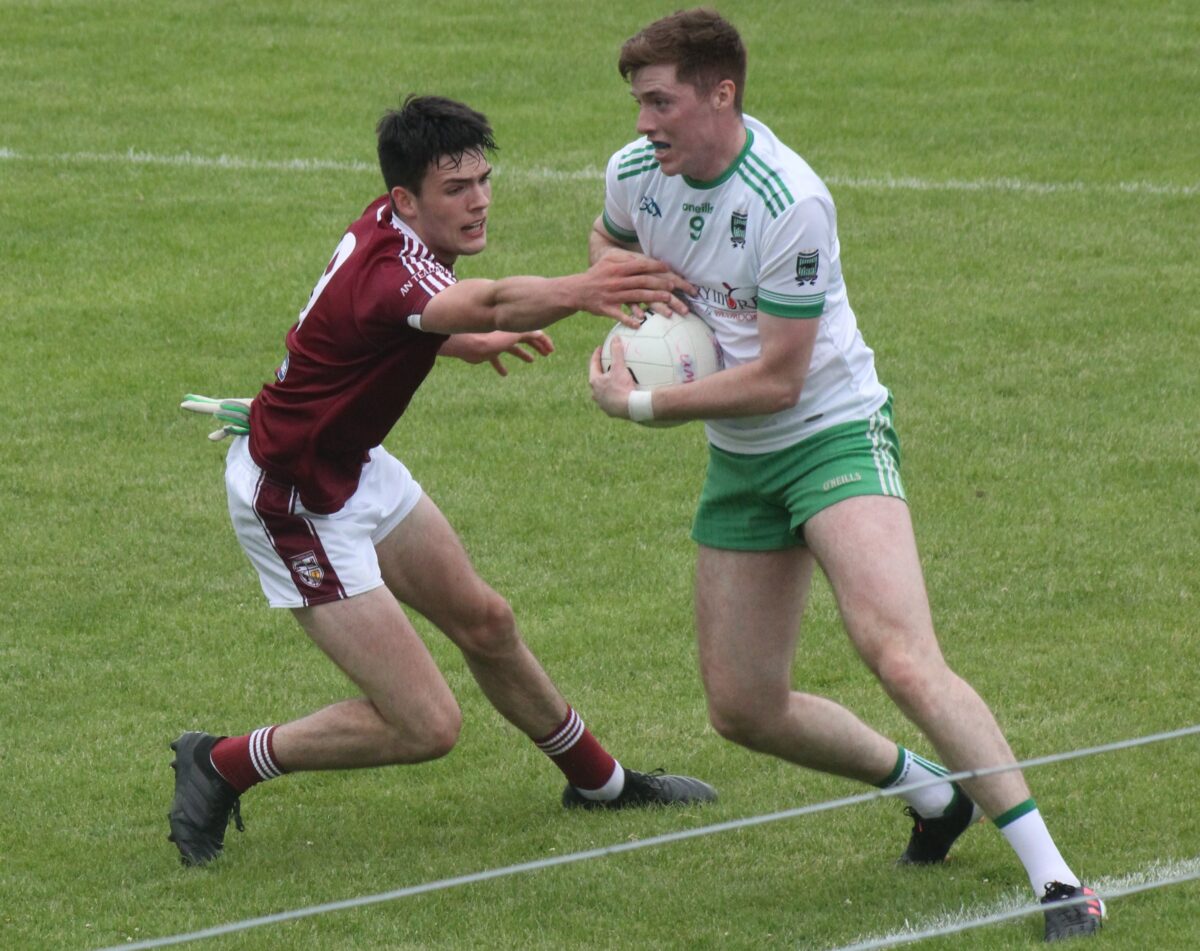 TERMON had enough firepower to leave Ballybofey with the win on Sunday scoring three goals in the process.

Both teams were reduced to 14 men when Luke Gavigan and Jack Alcorn were given their marching orders by referee Val Murray with less than 5 minutes on the clock.

Jamie Bell was called into action early on with a fine save from Daire McDaid’s effort before points from Steven O’Reilly, Carl Dunnion and Darren O’Leary had MacCumhaills ticking nicely over on the scoreboard.

Termon’s first score game after eight minutes from a McDaid free but the hosts rifled over another two points from Keegan and O’Leary before McDaid for Termon replied to have the hosts 0-5 to 0-2 in front.

Termon took the lead with a point from Ryan McFadden before confusion in the MacCumhaills back line resulted in McDaid getting a goal for the visitors to creep ahead by a point.

Another O’Leary free levelled things again but points from Anthony Grant and McElwaine saw the visitors enter half time with a two-point lead.

Things turned tetchy at the stroke of half time and MacCumhaills would play the second half with 13 men when a black card was issued to Carl Dunnion.

Things were looking up again for the home side when Gary Wilson played in Carl Dunnion who finished perfectly and this was followed up with a Chad McSorley score after fine work to drag his side level again. 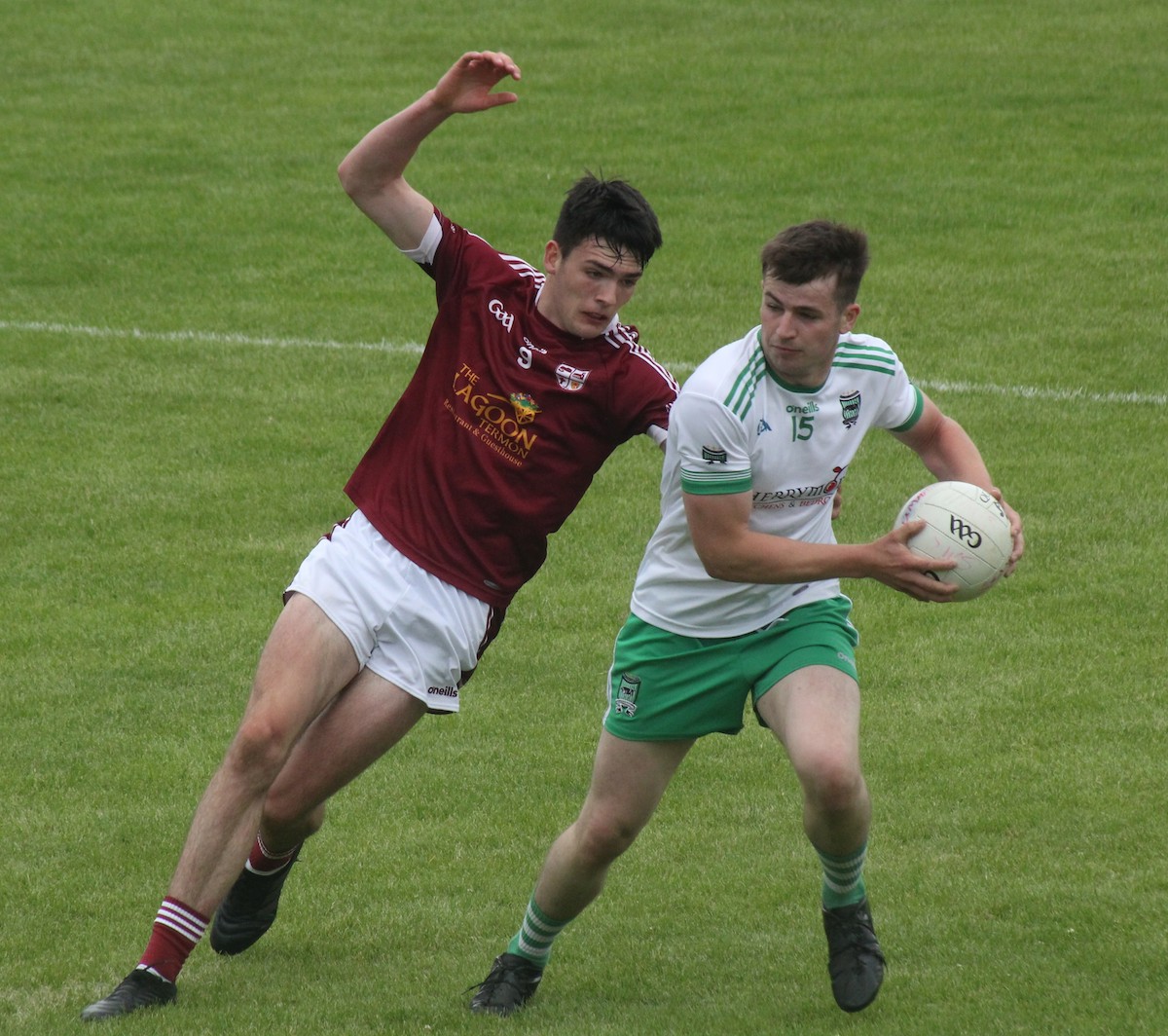 Goal number three for Termon came after an Anthony Grant pin point pass found Ryan McFadden who obliged with a fine finish to put 3 between the sides again.

Scores were light in the final 14 mins with just three in total as the game took on a real edge and MacCumhaills were dealt another blow when Grant won the kickout and got the ball to McGettigan who rammed it into the net for goal number three.