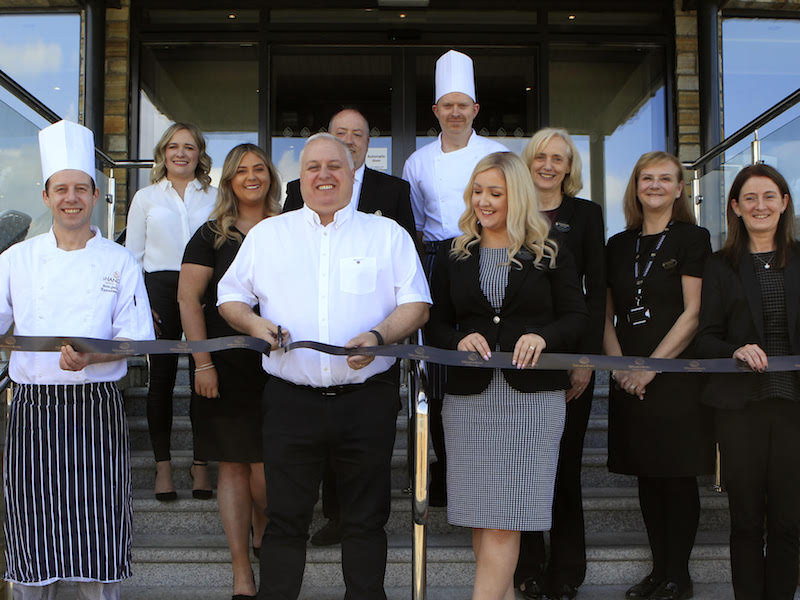 A leading Donegal hotel today announced 50 new jobs as part of a €500,000 investment at the 4-star property.

Work will get underway in the autumn, creating up to 35 jobs during the construction phase.

A complete refurbishment of the hotel’s guest lounge was completed in recent weeks, with the hotel adding 15 new members of staff since restrictions were lifted, taking the Shandon team to 130 people.

The London-based hotel owner Warren McCarthy bought the disused property in 2015. His mother Breda McCarthy is from the area and he spent his summers there. 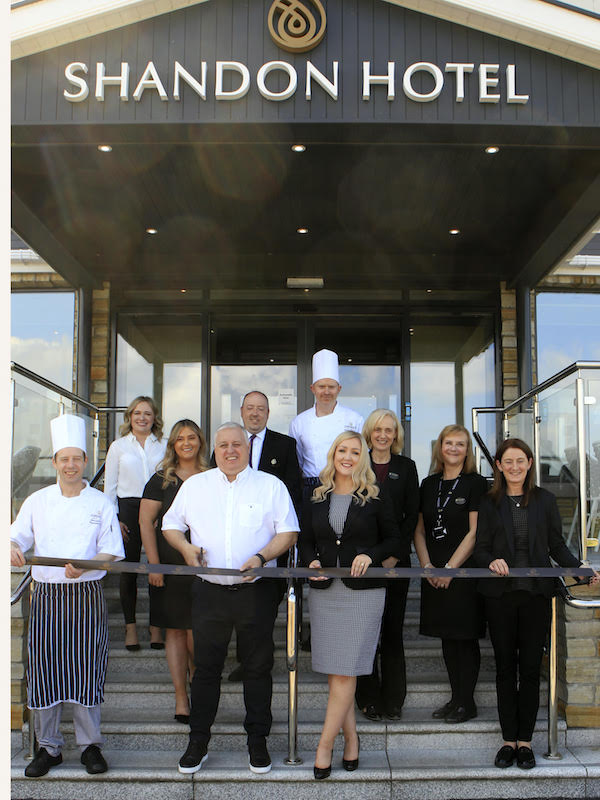 Whilst the hospitality industry has been impacted by Covid-19 restrictions over the past 15 months, Mr McCarthy says it’s important to plan for a post-Covid world.

“We are delighted that The Shandon is fully booked this summer and that’s a testament to our General Manager Carolynne Harrison and our entire team here,” said Mr McCarthy who officially opened the new guest lounge today.

“The closure of the hospitality industry over the past year due to the pandemic has impacted everyone involved. 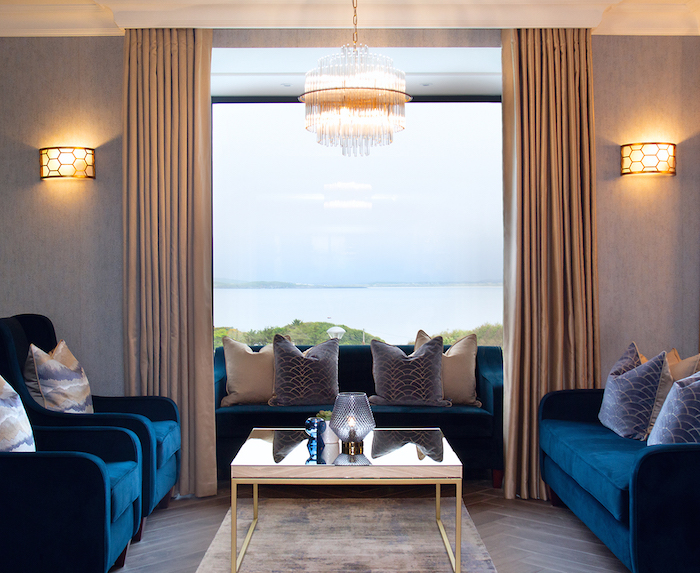 The new lounge at the Shandon Hotel & Spa at Marble Hill, Portnablagh, County Donegal, which is part of a half a million euro investment at the hotel, creating 50 new jobs.

The latest development at The Shandon takes Mr McCarthy’s investment at the hotel to more than €6 million, but the company is already looking at future investments.

“The lounge and bar works are the latest stage in the improvement of our offering to customers,” said Shandon Director and General Manager Carolynne Harrison. 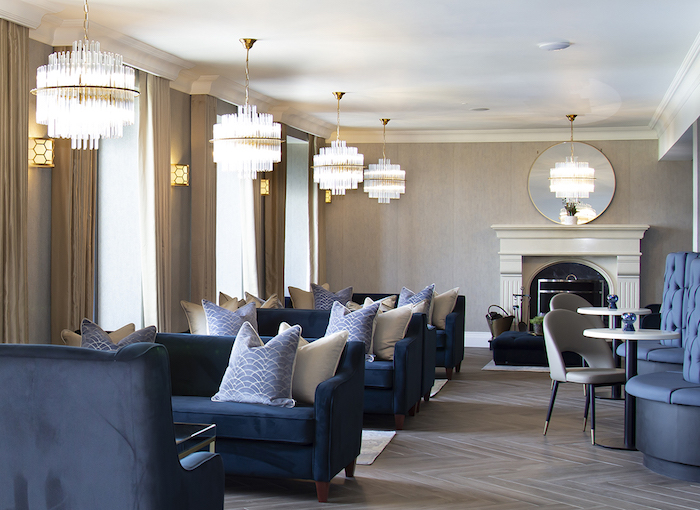 The new lounge at the Shandon Hotel & Spa at Marble Hill, Portnablagh, County Donegal, which is part of a half a million euro investment at the hotel, creating 50 new jobs.

“We are constantly looking to improve the hotel offering for our customers. Our new lounge looks amazing. Our guests are already enjoying the new surroundings.

“The new bar area will give us more space and improve the amazing hotel views over Marble Hill beach and strand. We plan to carry out the renovation works in November.

“We are actively considering a number of other plans for the hotel and we hope to be able to announce those early in 2022.”

Ms Harrison added: “We have a very busy few months ahead with all rooms sold out until the end of August and advanced bookings for September and October already extremely high.

“I want to pay tribute to all our staff in Team Shandon. They have all endured uncertain times since March last year and it’s wonderful to have everyone back again. There’s a really good vibe about the rest of the summer along this part of the Wild Atlantic Way.”

Ms Harrison also paid tribute to interior designer Paddy Campbell, the County Derry woman who has been behind a host of design projects for private clients and hotels throughout Ireland and Britain over the past decade.

The graduate of the National College of Art and Design in Dublin said: “I am delighted with the completed lounge project. It’s an elegant finish befitting of a hotel of the standard of The Shandon and I’m sure visitors will love it.”

Paddy will be leading the redesign of the bar project when it gets under way in the autumn. 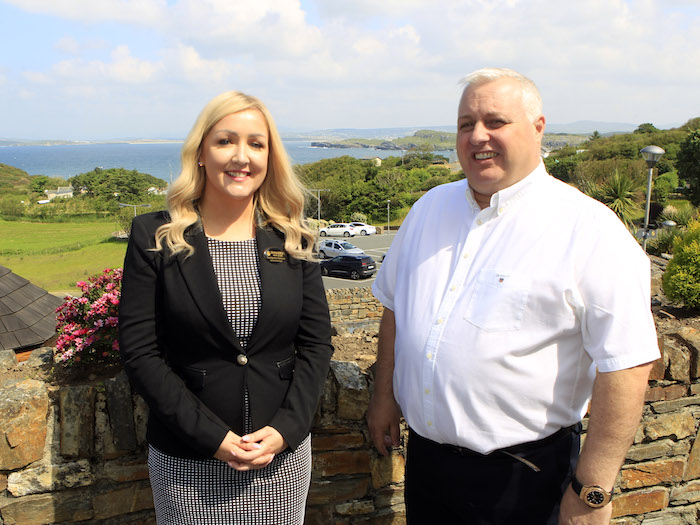 Carolynne Harrison, General Manager and Director at the Shandon Hotel & Spa is pictured with hotel owner Warren McCarthy at the announcement of a €500,000 investment in a new lounge and a new bar extension at the property overlooking Marble Hill Strand on Donegal’s Wild Atlantic Way.