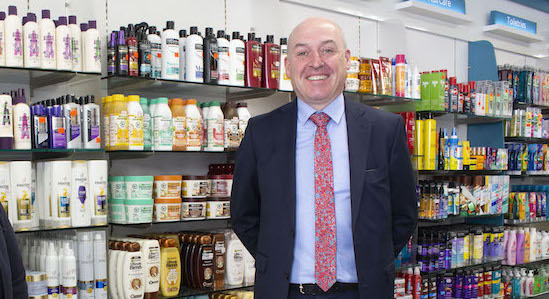 A leading businessman has called for a debate on the events of the weekend which saw Letterkenny inundated with thousands of car enthusiasts.

Some shops closed early while many living in the centre of the town spoke of living in fear of the huge crowds.

There were several arrests for dangerous driving.

Eye-witnesses reported scenes of people taking drugs openly and drinking on the streets while dozens of videos posted online showed near misses as diffing took place across the town.

Gerard McCormick of Magees Pharmacy told Donegal Daily that in light of these events, a serious debate on what has happened must be had.

“I understand that the crowds of people who came into our town over the weekend bring a well-needed boost to our businesses who have had a very difficult time keeping afloat this past year.

“However, I think as a town we have to have a reasonable debate around what happened this past weekend.

“The town at times had a menacing atmosphere. Considering there was no rally this year, this isn’t a rally problem, this is a secondary event that has grown to what we have witnessed this weekend.

“The Main Street, even in the middle of the day, on Friday and even more so on Saturday was intimating for visitors and locals and we must find a better way.”

Mr McCormick, a previous President of the local Chamber of Commerce, paid tribute to those behind the scenes who cleaned up in the wake of the weekend’s disturbing events.

He added: “From a Tidy Towns point of view I would like to sincerely thank our 18 volunteers and Glenard Plant who worked so hard on Sunday morning to clean up the aftermath of this weekend, I feel they are real unsung heroes.”