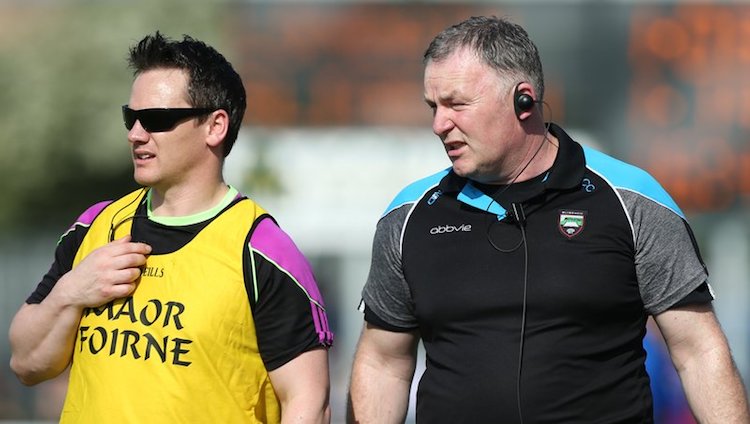 CATHAL Corey says it will be a case of ‘working smart’ at Bundoran.

Corey earned a draw from his first game as the Bundoran manager yesterday as a late Cian McEniff free sealed a share of the spoils at Glenswilly.

Without Donegal panelists Jamie Brennan and Paul Brennan for the All-County League and with an already-small squad, Corey will have a balancing act of sorts.

“There is a great bunch of lads and some great cubs, but we just need to get a wee bit more work done,” Corey told Donegal Daily/Donegal Sport Hub after the game.

“We’ll try to get them fitter and stronger and get a game plan going. Our two county men are massive to us and we’ll have to play the whole League without them.”

His side had a dream start yesterday thanks to Alan Russell’s goal, but they needed McEniff to dig them out late in the day/

Corey said: “It’s a tough, tough place to come. They have that tradition and they’re tough and hardy here.

“We were three down and at that stage we’d have taken the draw.”