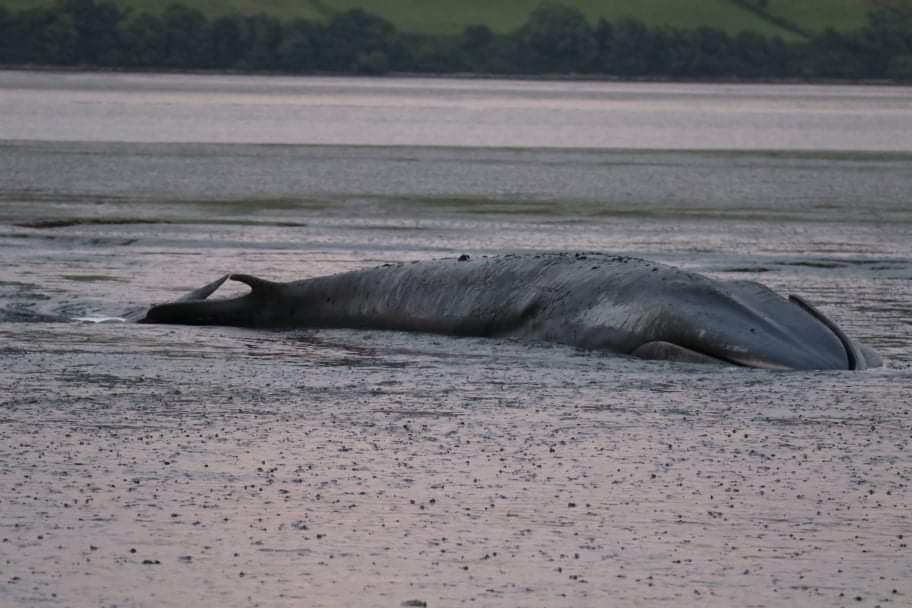 A huge whale has died on the sandbanks of Lough Swilly.

Sadly, marine experts declared there was nothing that could be done to save it.

The creature battled to survive until its suffering ended at 11.18pm on the eve of the Summer Solstice.

“All we could do was stay at a distance, in hope that comfort was given with our compassion,” they said.

Network members David and Cat McCann and the Sweeney family of Castle Grove kept a vigil in the whale’s final hours.

“In the last moments of dusk, the heaviness of the animal had sunk its huge body deeper and deeper into the silt of the Swilly. The eerie laboured death rattle could be heard in between the animals blows. Thankfully after a couple of hours out of the water, that would have only mustered excruciating pain for the animal, as its usually graceful demure in 1000s of meters of sea felt the weight of its own body crushing it’s internal organs.

“The tide started to come in and the animal got a little bit of movement, it then gave five minutes of huge full body movements and with a final 3 huge booms from the flap of its tail off the Glar, (likely to be bodily reflex fight for air) probably aided the silted water to securely block the blow hole.

“The prayers to the ending of its suffering were answered and at 23:18 the eve of the Solstice 20/06/21 the Fin Whale had passed.”